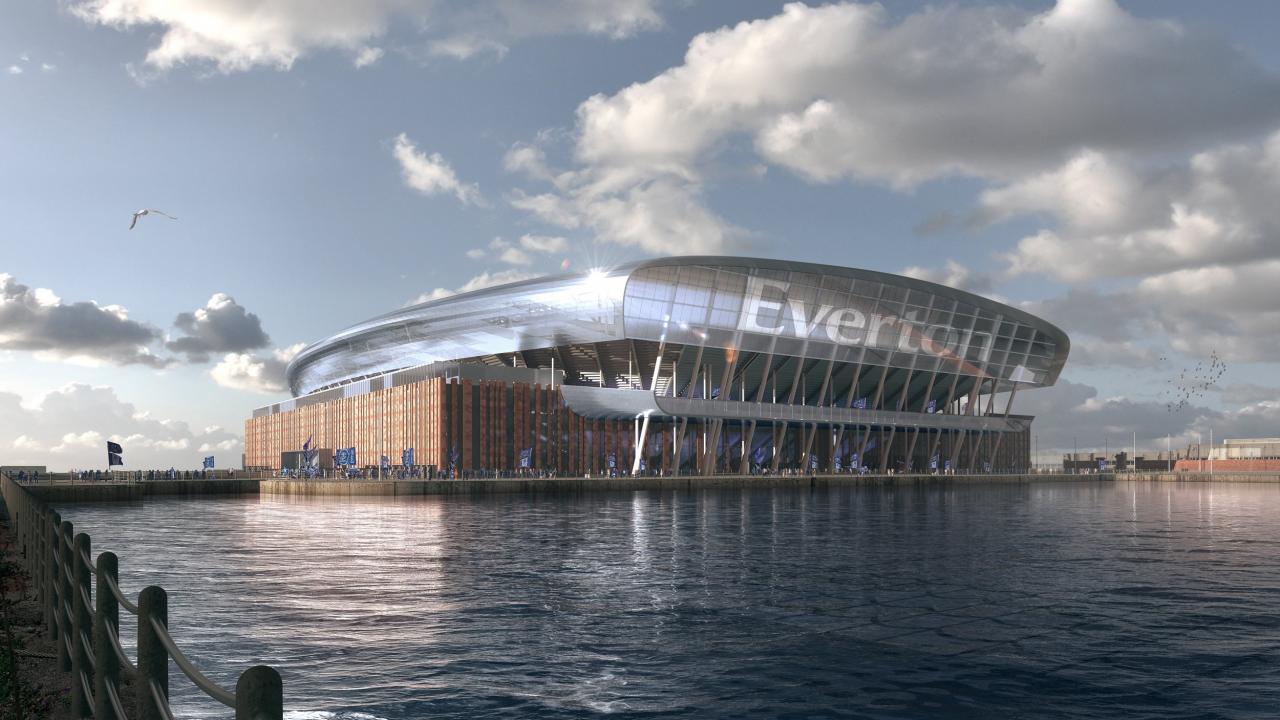 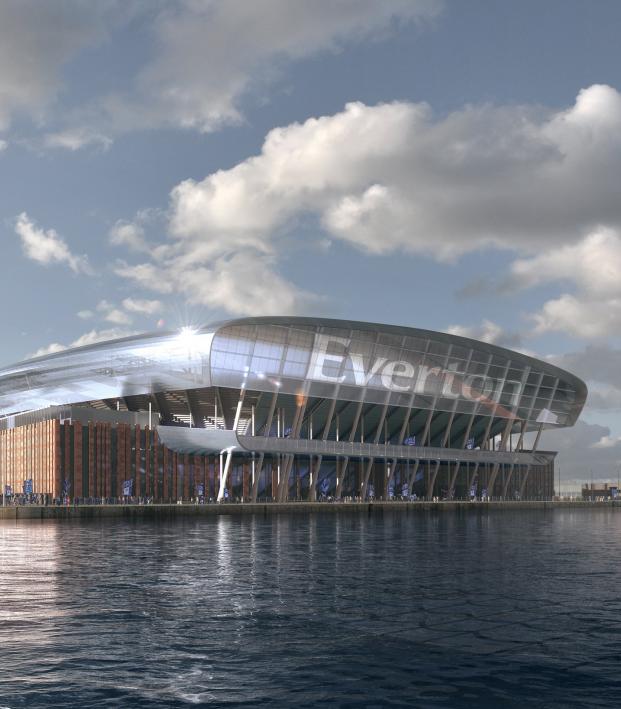 Everton has unveiled the first renderings for its proposed $623 million, 52,000-seat stadium on the banks of the River Mersey, complete with all the things that a modern soccer stadium must have: a stand that draws its inspiration from Borussia Dortmund’s “Yellow Wall,” heaps of steel and glass, promises of as-close-as-possible proximity to the pitch, and yes, a tunnel club for the excruciatingly rich to watch the players enter and exit the pitch like penguins at the San Diego Zoo.

The club’s move from Goodison Park, it’s home since 1892, to the Bramley-Moore dock site won't take place until the 2023-24 season at the earliest. Goodison Park has a capacity of 39,221, meaning that Everton is looking to add 12,779 seats, as well as a lot more high-end hospitality seating.

The stadium’s look on the waterfront skyline is striking, as is the brick base of the new ground.

| It's time to reveal proposed designs for our iconic new stadium on the banks of the River Mersey... #EFC pic.twitter.com/U2ZrOS9LCN

| “A stunning brick, steel and glass design which takes its inspiration from the buildings nearby.” #EFC

| All the information surrounding our designs for an iconic new stadium... #EFC

As for Goodison, it’ll be demolished, but Everton plans to use it “as public space and for a range of community initiatives the club already sponsors, including a permanent memorial to the ground which has seen so much in its 127 years.”