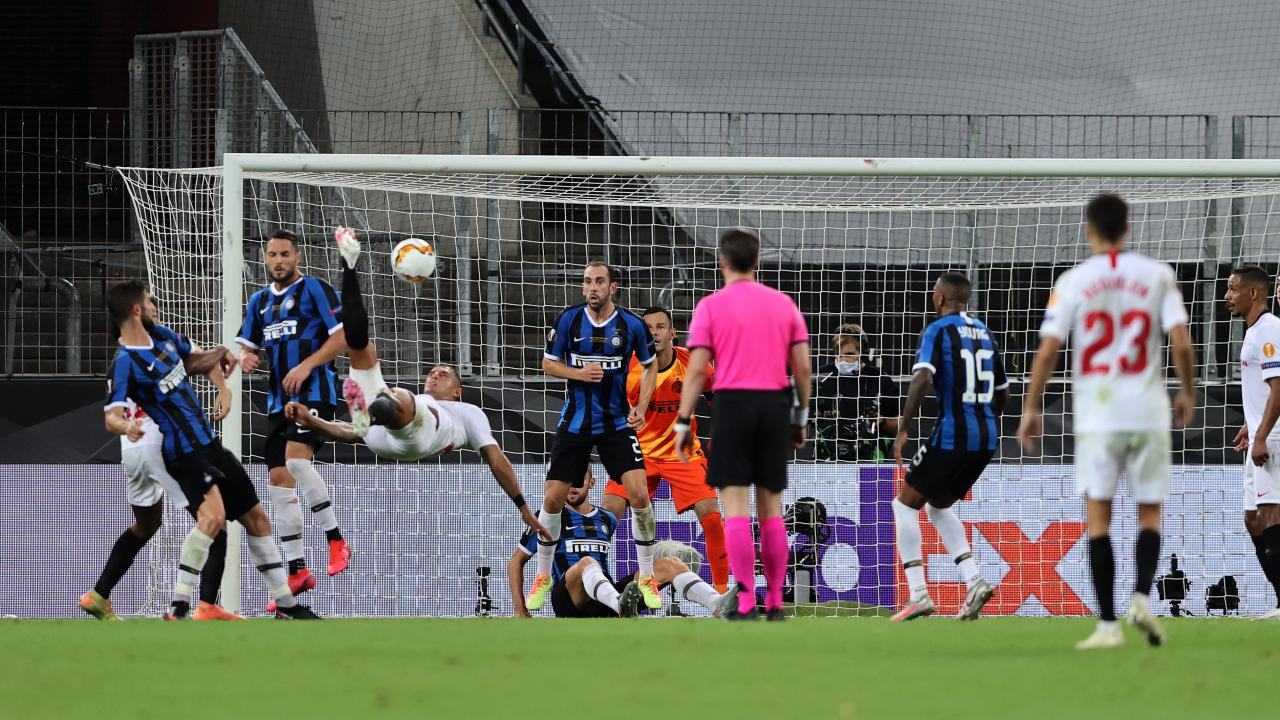 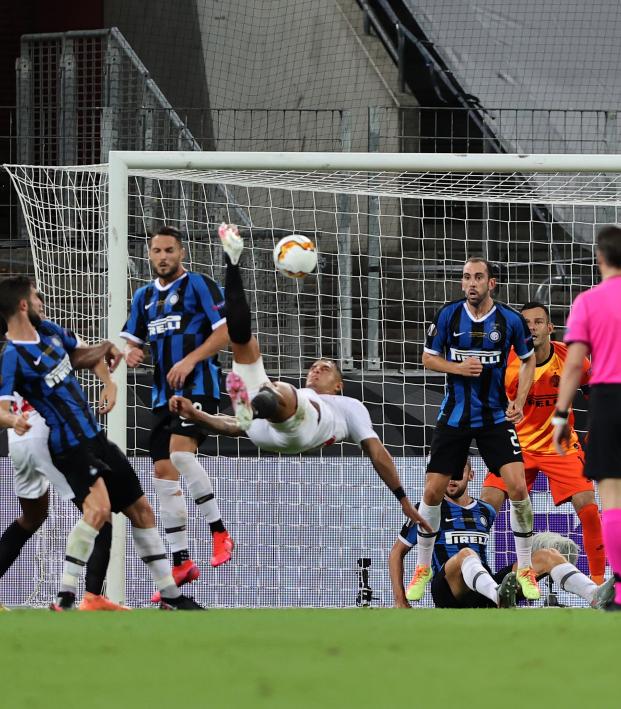 Diego Carlos was having a nightmare of a match for Sevilla in the Europa League final against Inter Milan. The Sevilla center back was fortunate to avoid a red card in the opening minutes when he conceded a penalty to give Inter an early lead. He struggled all night to contain Romelu Lukaku.

But in the unlikeliest of scenarios, it was Diego Carlos, the Brazilian center back, who provided a dramatic bicycle kick that caromed off Lukaku for a late winner as Sevilla rallied for a 3-2 win on Friday in Cologne, Germany.

Sevilla won the Europa League for the fourth time this decade and sixth since 2006, twice as many as any other club in the history of the competition.

Inter Milan came in as the favorite with star players like Premier League rejects Lukaku, Alexis Sanchez and Christian Eriksen, not to mention stud striker Lautaro Martinez. And Inter got off to a perfect start.

Moments into the match, Lukaku got in behind the Sevilla defense before being dragged down by Diego Carlos. The Brazilian defender was fortunate his first attempts to stop Lukaku failed or he would’ve been sent off; instead he kicked Lukaku over in the box resulting in a penalty and a yellow card. Lukaku made no mistake from the spot.

Lukaku steps up and drills the penalty, putting Inter up 1-0! pic.twitter.com/7XCFiZOc3s

But Sevilla struck back with two headers from Luuk de Jong.

The one-time Newcastle United forward converted a Jesús Navas cross in the 13th minute and an Éver Banega free kick in the 33rd minute, giving Sevilla a 2-1 lead.

Sevilla levels and it looks like we are in for quite a final… pic.twitter.com/GIY41WNJS6

The advantage lasted all of two minutes.

Another Diego Carlos foul on Lukaku allowed Marcelo Brozovic to lob a ball into the box for Diego Godín to head home. It was the only goal Sevilla conceded in the knockout rounds that didn’t come from the penalty spot.

The Sevilla lead lasts 2 minutes and 14 seconds and we are tied again in this exhilarating @EuropaLeague final. pic.twitter.com/uCw1tHjcmV

Lukaku had his team’s best chance of the second half when he raced away from Diego Carlos (obviously) and faced down Bono one-on-one, only to have the Sevilla keeper come out on top in the 65th minute.

Lukaku springs free for the best chance of the half but Bono is there to deny him the go-ahead goal. pic.twitter.com/4D7nL0iNHA

Lukaku then found the back of the net — just the wrong net.

After a lazy foul by Roberto Gagliardini gave Sevilla a free kick, Diego Carlos made up for his poor day defensively with a well-struck bicycle kick. The effort was probably going wide, but Lukaku mistakenly turned it into his own net, giving Sevilla the lead with about 15 minutes to play.

An unbelievable way to go ahead!

The goal was given to Diego Carlos, though it looked like it may have been an own goal off Lukaku. Either way, it was a Sevilla goal.

Inter Milan had one last good chance to equalize. Alexis Sanchez, brought on after Inter fell behind, nearly came through for the Italians, only for his scrappy effort to be cleared off the line.

THAT close to an equalizer...

This one is going down to the wire. pic.twitter.com/6vdLDszsw0

With that, Diego Carlos’ near-nightmare match turned into a dream finale, as Sevilla secured yet another Europa League title.

Drama and goals in Cologne