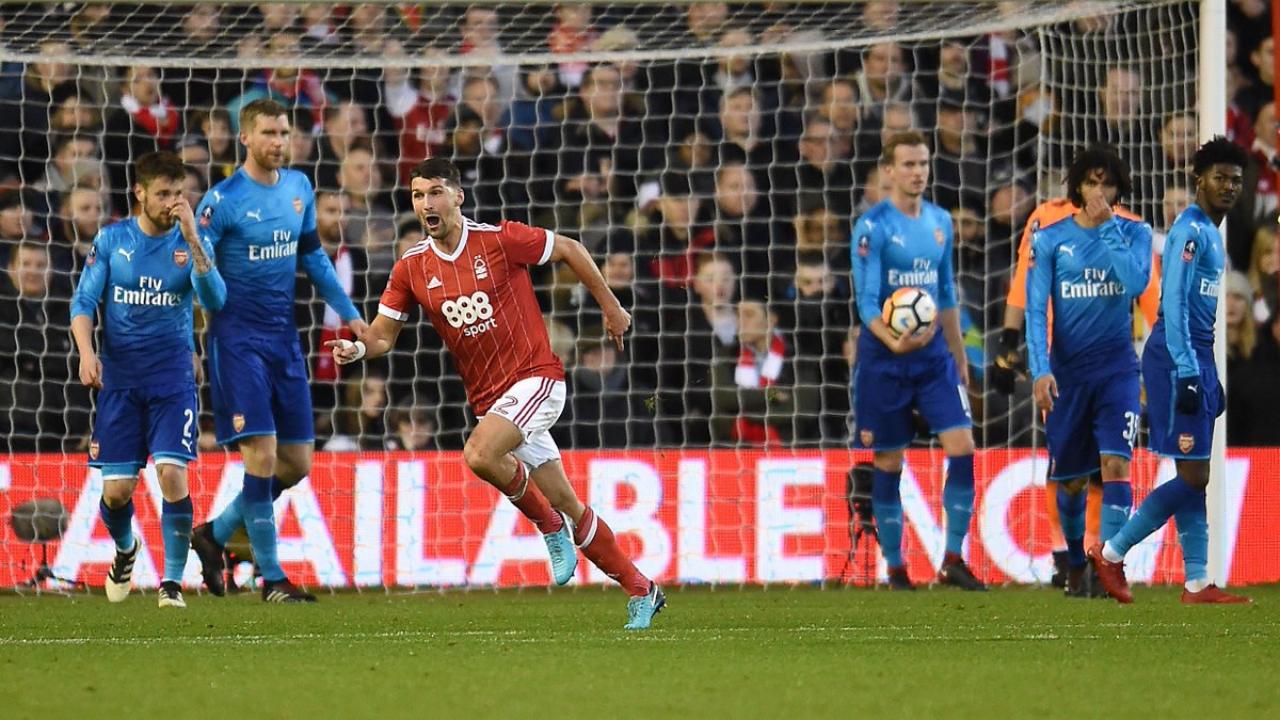 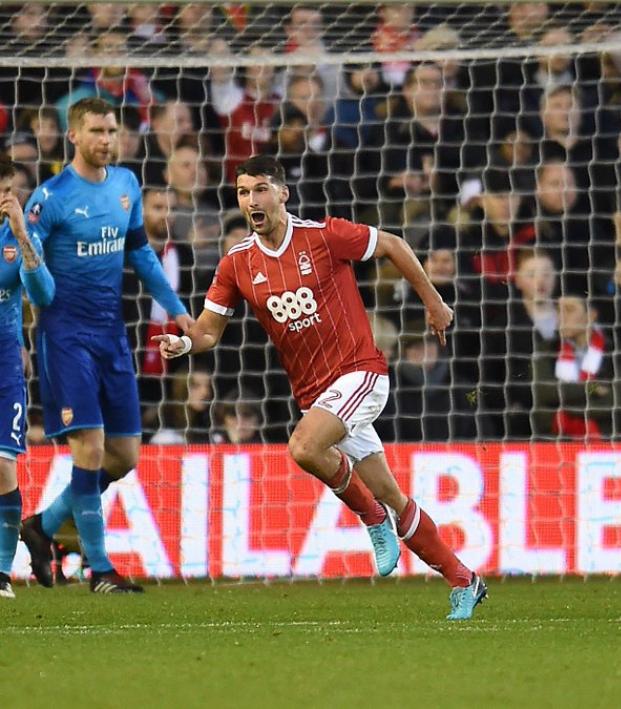 In the end, it’s all shock and horror for Arsene Wenger and Arsenal FC. Their 4-2 defeat to Nottingham Forest in the FA Cup on Sunday means it’s the first time since Wenger became Arsenal’s manager that they’ve failed to progress past the third round — a record of 21 straight seasons that’s now over. Forest are also the first team from a lower division to score four or more goals against Arsenal in the FA Cup since 1908.

The title-holders are out, and what’s perhaps most shocking of all is that it’s chiefly USMNT defender Eric Lichaj’s doing. The 29-year-old native of Illinois scored a brace — including a world-class volley — to match his entire 41-game output from 2016-17. The full back is a rare source of goals for both club and country (one goal from 14 USA caps), but he popped up to give Forest the lead in the 20th minute with this header.

Per Mertesacker equalized for Arsenal only three minutes later, but Lichaj restored Forest’s advantage just before the stroke of halftime with the best goal of his career. Watch this.

The second half at the City Ground in Nottinghamshire was NOT WITHOUT INCIDENT. Ben Brereton made it three for Forest from the spot in the 64th minute, but Danny Welbeck halved that advantage in the 79th. But Forest killed off the comeback with another pen, this one in the 85th from Kieran Dowell. Joe Worrall received his marching orders in the 89th minute, but Forest went through to the fourth round with Lichaj playing the hero.

As mentioned, Lichaj has only 14 international caps despite playing abroad in England since 2008. This is all needless speculation, but the defender is part of the group of overseas-based players that represented the U.S. in a friendly against Portugal without having played part in that disastrous T&T match.

It was in Portugal that Huddersfield Town midfielder Danny Williams revealed some grumblings from within the camp with regards to alleged “marketing” of MLS-based players by U.S. Soccer. We're just doing a bit of sluething here, that's all.