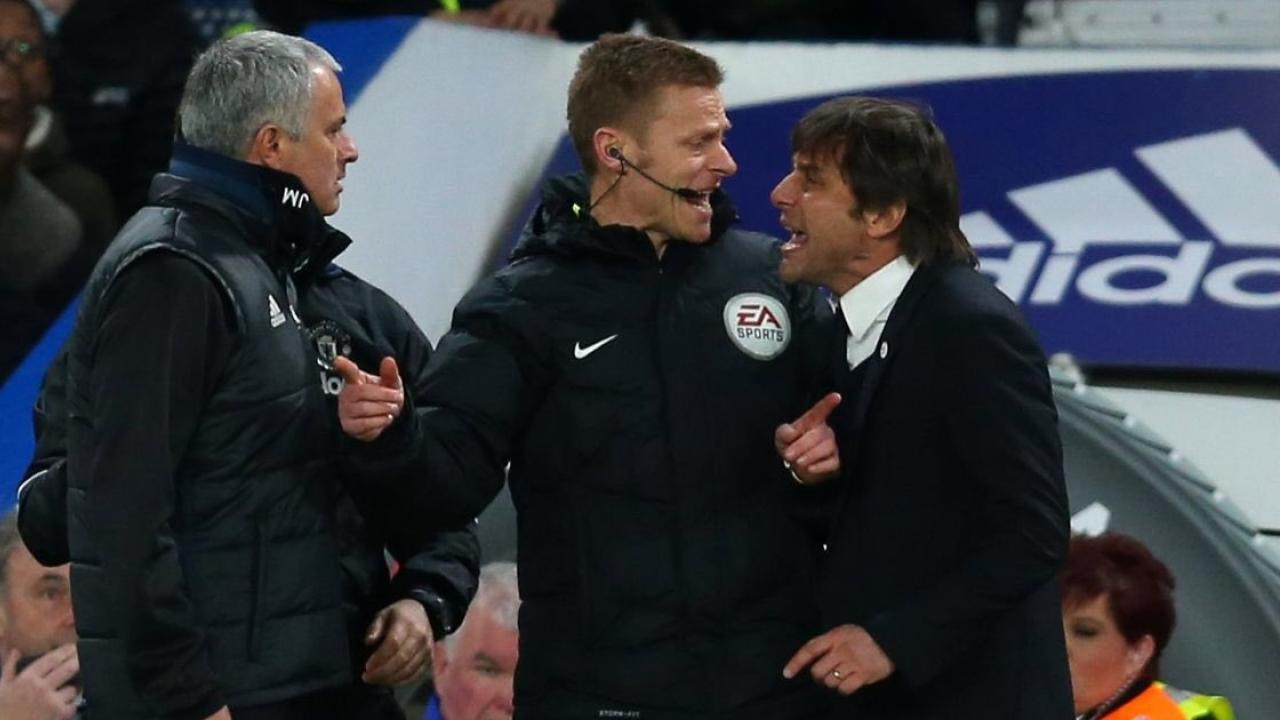 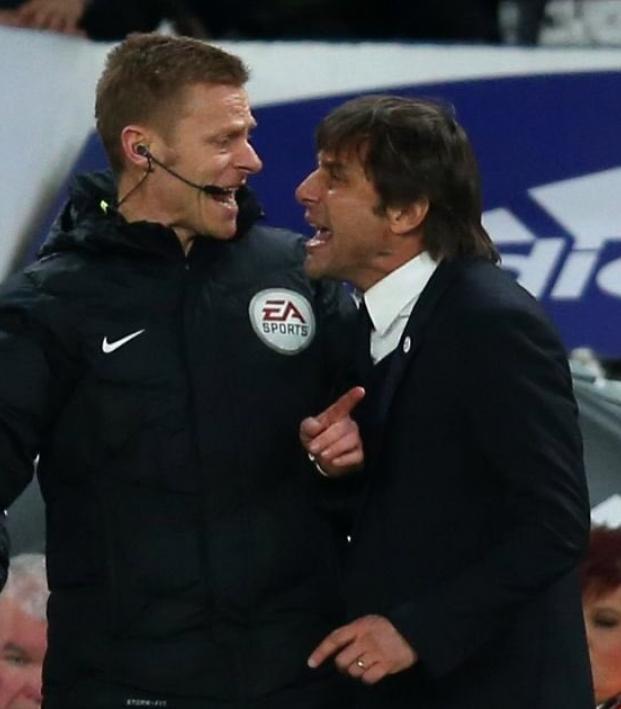 With Manchester City holding an unassailable 15-point lead at the top of the Premier League table, the managerial mind games in the race for second place began in earnest on Thursday with Manchester United boss Jose Mourinho outlining how his work sets up future managers for success and how he refuses to “behave as a clown on the touchline,” both quips being viewed as digs at Chelsea coach Antonio Conte.

On Friday, Conte responded by pointing towards Mourinho’s own history of touchline antics, and said the United coach was “speaking about himself in the past.” He also suggested that Mourinho, at the age of 54, is suffering from “senile dementia.”

Antonio Conte hits back at José Mourinho's 'clown' insult, suggesting the Portuguese has senile dementia and that he's overly concerned with what goes on at Chelsea. #CFC pic.twitter.com/Qw6R4GLXWT

On Saturday, Mourinho responded by saying he wants to end the entire feud (he doesn’t) by saying just one thing: that one thing being a reference to Conte’s implication in a 2011 match-fixing scandal in Italy. Conte was cleared of any wrongdoing in 2016.

This is a reference that Conte doesn’t take lightly. Here he is, back in 2012, speaking about the allegations while with Juventus.

Having Mourinho bring them up again — especially after being acquitted of all charges in 2016 — obviously struck a nerve with Conte. Here's his response to the "little man":

Antonio Conte has not held back in his response to Jose Mourinho... pic.twitter.com/iNxA6YjUQT

"The truth is that I was banned for four months from the sporting justice, for failure to report [match-fixing]. Then I asked for a real trial by court and they declared my innocence. Before you make this type of comment, before [you try] to hurt another person, you must pay great attention. You show you are a little man. You don't know very well which is the situation.