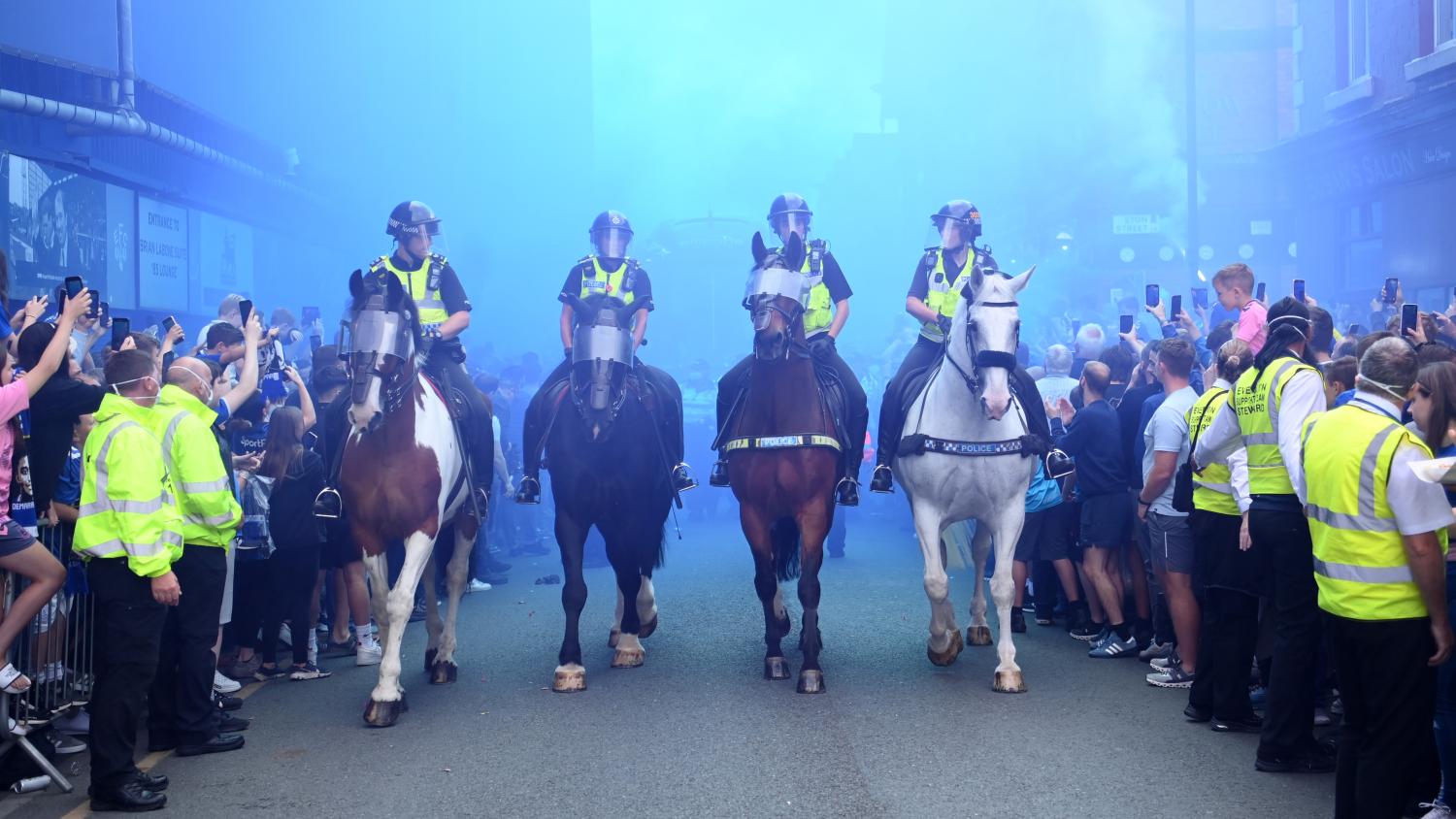 The 2021-22 campaign saw the highest number of arrests in eight seasons.
Getty Images

A total of 2,198 football-related arrests were made in the 2021-22 season in England and Wales, the highest number since the 2013-14 season, a report by the Home Office said on Thursday.

The 2021-2022 season was the first full season where all scheduled matches were played at full spectator capacity following the COVID-19 pandemic.

The arrests made last season were around 59% higher than those in the 2018-2019 season, which was before the COVID-19 pandemic. The most common offense types were public disorder (36%) and violent disorder (20%).

The number of matches with reported incidents last season increased by 60% (+602 matches) compared with 1,007 matches in 2018-19. The most reported types of incidents were pyrotechnics, throwing missiles and public order or anti-social behavior incidents involving youth supporters.

Last season, there was an increase in the number of pitch invasions in the Premier League at the end of the campaign as fans celebrated titles, promotion or survival with several altercations taking place including one involving Crystal Palace manager Patrick Vieira.

Patrick Vieira has been filmed in an altercation with an Everton fan on the pitch at Goodison Park during tonight’s pitch invasion. pic.twitter.com/MOliWvsSHJ

The Premier League announced on Wednesday that supporters of teams who take part in anti-social and criminal behavior at stadiums will receive automatic club bans with a minimum term of one year. In July, the Premier League and English Football League said tough sanctions would be in place for pitch invasions and the use of smoke bombs and pyrotechnics from the 2022-23 season.

Tottenham Hotspur defender Eric Dier said this week that fan behavior at matches is a serious problem and that he feels "too uncomfortable" for his family to attend away matches.

(Reporting by Manasi Pathak in Bengaluru; editing by Pritha Sarkar)