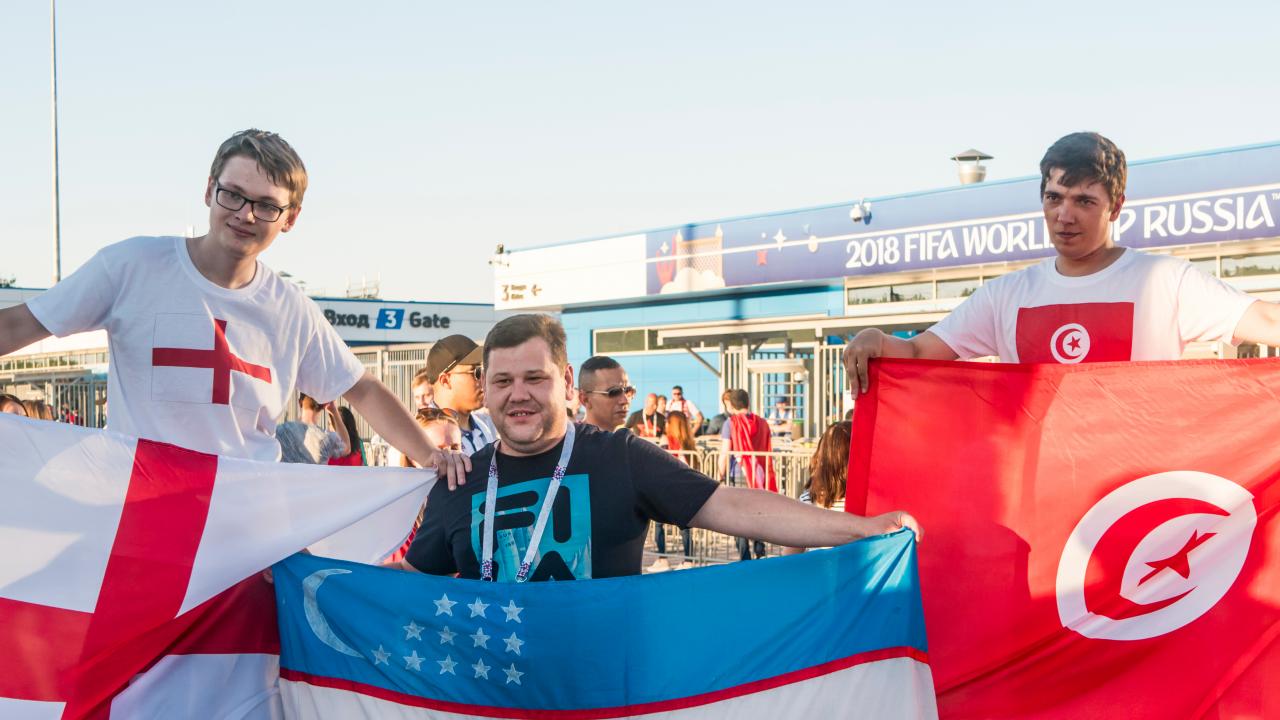 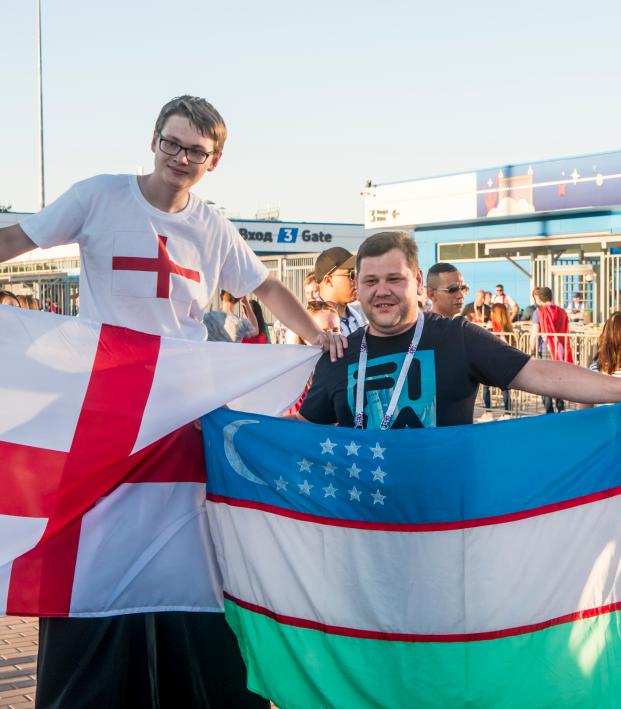 Monday’s match against Tunisia was England’s best performance at a major international tournament for close to a decade. After trying and failing and trying even more desperately and then failing even more stupendously than ever before, the Three Lions finally have an opening game in which they can take great pride.

But it’s not exactly a wholly original performance. While it’s well known the English FA rips up the development plan and redraws it after every tournament failure — “We should follow the French model!” “The Spanish model!” “The German model!” — this particular game followed a blueprint taken from teams much closer to home.

You see, England vs Tunisia was a game taken right from the Chris Coleman playbook. This is fair enough: Wales’s performance at Euro 2016 is the best tournament run from a British team this side of the millennium. If Southgate wants to follow in Cookie Coleman’s footsteps, he’s more than right to try to emulate the former Sunderland manager’s tactical nous.

The blueprint is simple and it’s clear why an England manager might opt for such a set-up.

The manager realizes that his defense is entirely unreliable. They’re aging. They’re one-paced. They can hardly pass. If they had any skill, it’s now wavering. Coleman had Williams, Chester and Davies (technically a full-back.) England has Stones, Maguire, and Walker (you can see the parallels.)

Behind the three-man defense, there’s a keeper who has been lauded as a “great shot stopper” while playing for a perennially relegated team. During the tournament, people will slowly come to realize he’s actually just a bit bad at being an actual goalkeeper. England has Jordan Pickford, Wales had Wayne Hennessey.

The fullbacks are very important in this system. Firstly, it’s important to make sure your best fullback is actually playing in the center. Walker and Davies, as we’ve seen, have been shifted inside.

On the right, you want a tireless, unglamorous, but quietly effective runner. What is Kieran Trippier if not a less celebrated Chris Gunter? On the left, you should plop for an ambidextrous lad who struggles to get in his own club side. Congratulations, Ashley Young, you are the new Neil Taylor.

The midfield is where it gets tricky, simply by dint of England having vastly greater resources than Wales. But the model is the same. Two central midfielders who will be doing the actual passing and clever bits and one who is there to tackle people and lift the spirits in the dressing room. For Ramsey, Allen and Ledley, read Alli, Lingard and Henderson.

The front two is really what makes the system work, however. Most importantly, you’re going to need one exceptional Spurs legend who will score all of your goals and — most importantly of all — do all of the media business on the boring downtime between games to cheer up the local media bods and, eventually, get in Florentino Perez’s good books. “Look, Señor,” they’re saying, “I can handle media duties, too!”

Gareth Bale and Harry Kane are easily the most important players in their respective teams. They chat well to the papers and give good copy. While Bale chatted self-effacingly with the press about life at Real Madrid, Kane spoke eloquently on the history of Volgograd (formerly Stalingrad, the site of one of World War 2’s bloodiest battles), saying “the history, it is what it is.”

The reality of this tactical set-up is one guy is going to do all the glamor work. Bale scores tremendous goals, as does Harry Kane. They need a foil. For Wales, this was either Vokes (so tall and immobile he might technically be foliage) and Hal Robson Kanu (who was technically unemployed at the time).

For England, its foil is a little bit different. There’s no doubt that Raheem Sterling has had the best season of his career. He’s been instrumental in Man City’s march to the title. As a winger drifting inside, he’s scored plenty of goals and notched up plenty of assists.

In the England side, however, his job is to skiv wide the occasional ball so the audience at home can moan endlessly and then chortle as they pick up the Daily Mail’s latest character assassination at the newsagents the next day.

His job is to make Harry Kane looks even more heroic by comparison.

Playing in a 5-3-2, the aim is to defend as well as possible (read: not that well, but just well enough) and then hope like hell the good players manage to conjure something out of nothing. In Wales’s opening game in 2016, Bale hit a late goal to give his side a victory over Slovakia and, eventually, guided them to the top of the group. Kane will be hoping his late winner against Tunisia can accomplish the same.

In both circumstances, the British side was placed into a group with a team that was a far greater favorite to snatch the top spot. This year, England has to contend with Belgium, who has one of the best squads at the tournament. In 2016, Wales had to contend with England, who did not have one of the best teams at the tournament but were favorites for the top spot anyway for some reason (and went on to lose to Iceland, a country with fewer people than Cardiff.)

If England is lucky, it will be able to ride the same wave of emotion and luck and skill that took Wales to the semifinals of Euro 2016. To get them there, the Welsh side could depend on Chris Coleman. Constantly chewing gum, thinking to himself how he was going to eventually guide Sunderland to its second relegation in a row, Coleman was the cool tactical head who brought it all together.

For England, the man in charge is Gareth Southgate, a man who channels the effortless charisma and charm as can be found in the assistant manager of an airport Bureau de Change.

Southgate has spent the run up to the tournament copying the ideas of better managers. He’s nicked the entire tactical set-up of Wales, for example, and has pinched the idea of playing Kyle Walker at center-back from Pep Guardiola, as well as the notion of Fabian Delph as a fullback. He’s plucked the entire style of play from Pochettino’s Spurs but he’ll be hoping their anti-silverware aversion is left back at home.

But while these teams press and harass and roar forward in pre-planned, carefully orchestrated attacking patterns, England just sort of exists. If they’re going to emulate Wale’s success of two years ago, Southgate will very quickly have to fashion an identity for this team, rather than trying to glue together a collection of disparate parts, as though he were setting up a complicated FX trade between euros, dollars, Australian dollars and baht before a customer had to get to gate 24.

However, Russia is not a departure lounge. The pressure is even greater.

It’s only been one game, but the soaring emotion of Kane’s late goal will be lingering on the minds of many England fans. Feelings will be stirring inside them. Strange, alien notions of optimism. “It’s coming home,” announces the already-tired meme spreading across Twitter like wildfire (ignoring that the ‘it’s’ in the original Three Lions song referred to the tournament, rather than the trophy.)

But nevertheless! England vs Tunisia was the best performance by an English team at a tournament in a long, long time.

For that, at least, Southgate should be commended.