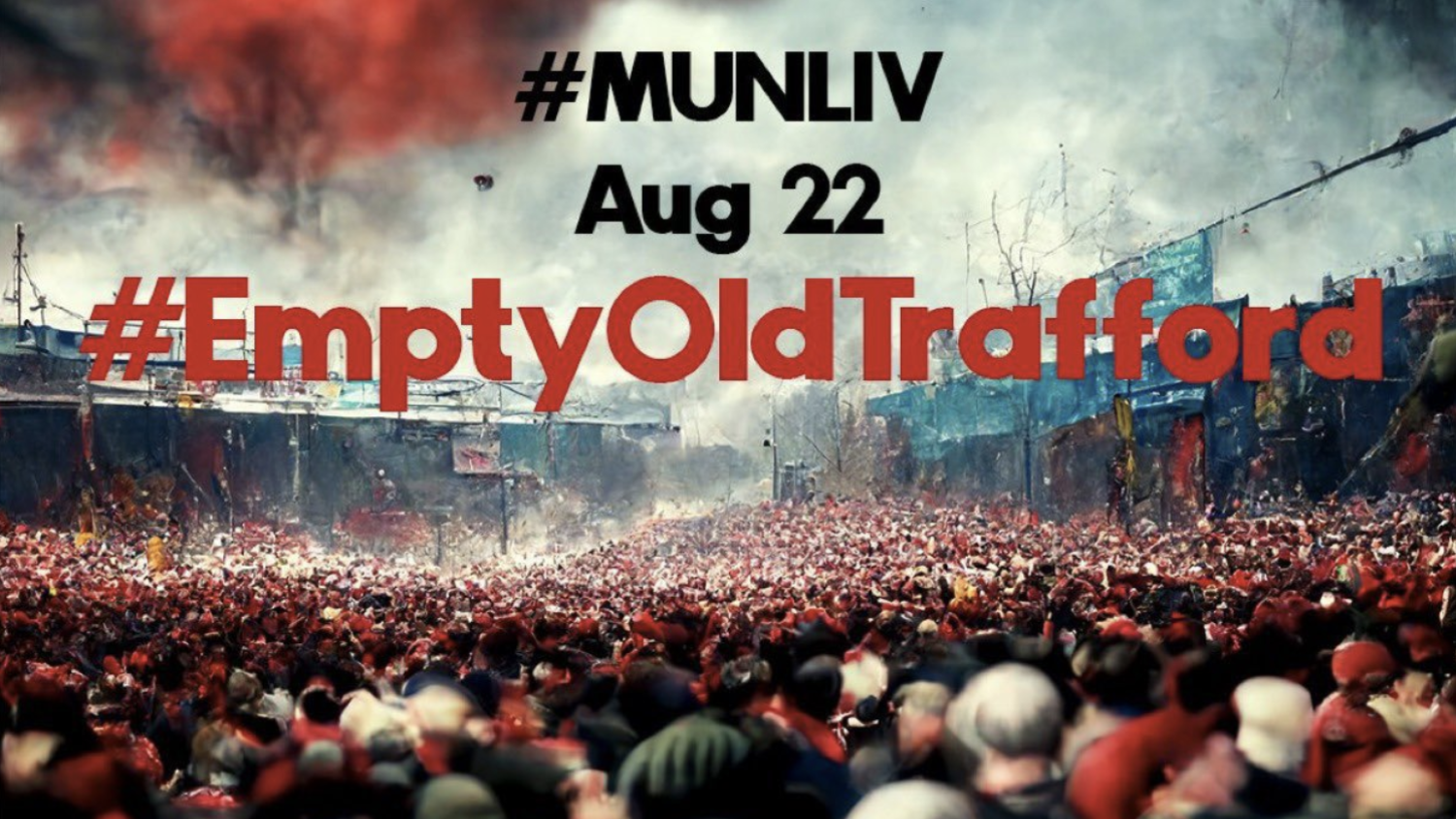 Manchester United fans have had enough. They say it's time to boycott.
@UTDWesleyy | Twitter

Following Manchester United’s dismal opening-day defeat at home to Brighton, United’s fans have made their frustration and anger known online. For quite some time the fanbase has been upset with the club's ownership, but a recent movement on Twitter is hoping to use social media to send a public message.

If you love Manchester United, stay outside Old Trafford.#EmptyOldTrafford pic.twitter.com/3Fu61VZ2Rz

The hashtag #EmptyOldTrafford is being used by United fans to promote a boycott of the club’s upcoming match against Liverpool. Supporters are aware this is an extremely harsh step, but in their eyes it needs to be done. An empty stadium would hark back to the days of lockdown in the UK, creating an eerie and awful atmosphere for what should be one of the biggest matches on United’s calendar.

If AC Milan can do it and are back on their feet, #MUFC we can do it too #EmptyOldTrafford

One historically big PL game that has become a write off because of how low our owners have let #mufc sunk. Make the sacrifices you need to make the biggest, most eye opening legal protest against the Glazers to date and #EmptyOldTrafford v Liverpool. Glazers time HAS to be up. pic.twitter.com/PbT9gRNcRX

Most posts are using the same graphic, depicting a hoard of supporters walking together in protest with a cloud of smoke above them. Many are accompanied by slogans of disapproval and disdain for the situation the club has found itself in. Fans are coming together to ensure their voices are heard. If all goes to plan, the largest club stadium in the Premier League will be empty on Aug. 22. No noise, no cheering — it will be a somber and abysmal day for the club.

In fairness, this movement has happened before. The Glazer family, which owns Manchester United, has been the subject of a tremendous amount of hatred and vitriol. In the past, these calls for protest and boycott have come to no avail, but this time fans are determined to embarrass their club on the biggest stage for the betterment of their club. To quote Twitter user @BreezyUTD: “Short term pain for long term gain.”