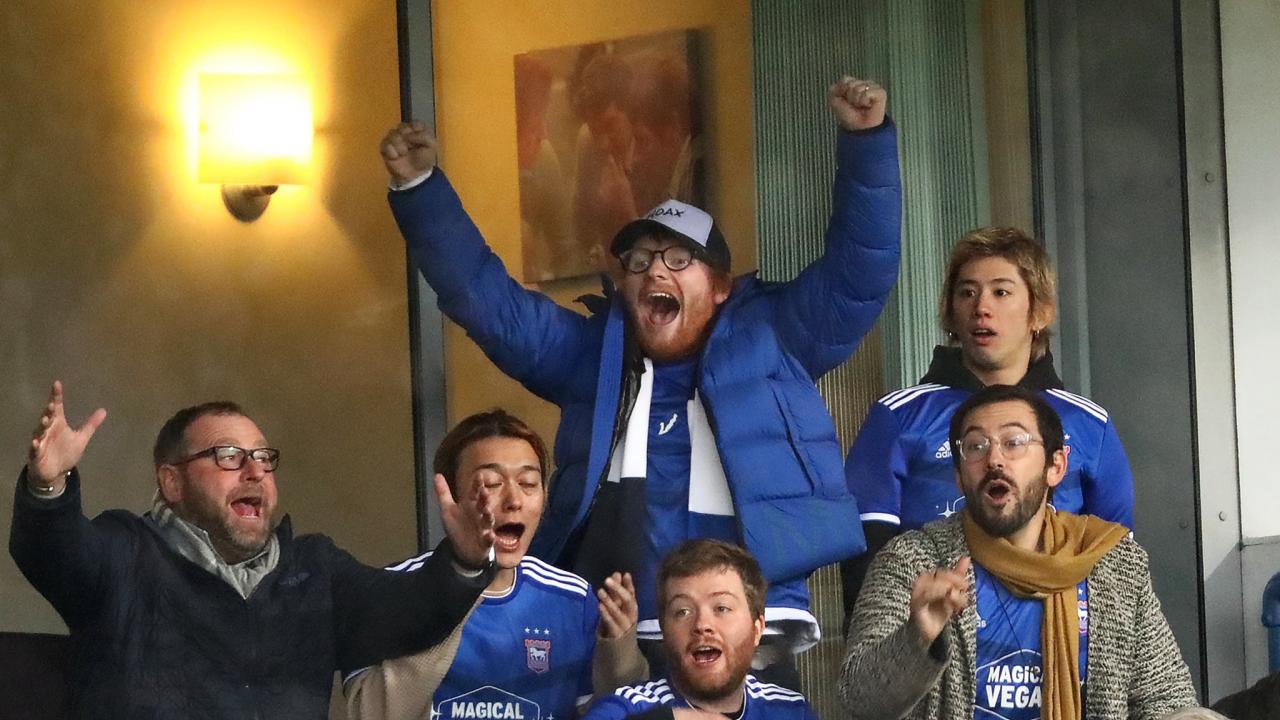 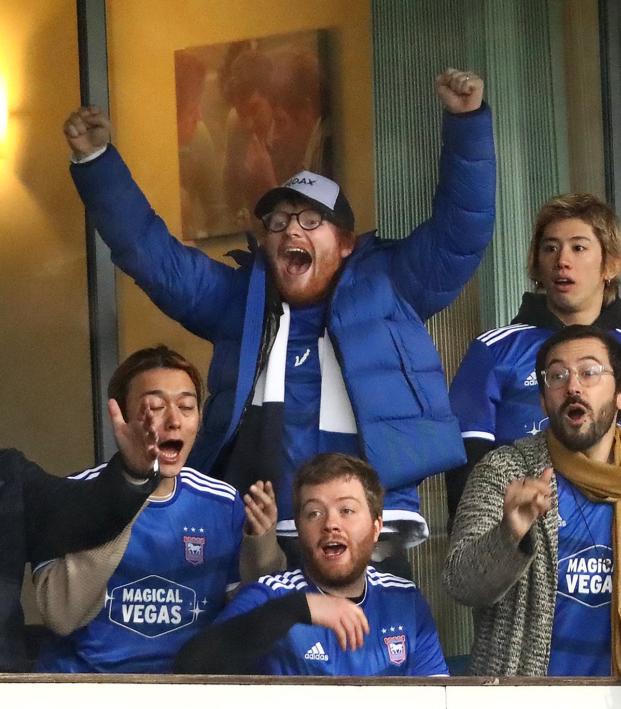 Reuters May 6, 2021
The redheaded singer will be advertising his upcoming tour on the shirts of Ipswich Town.

English football club Ipswich Town may have fallen on hard times but they are hoping a new shirt sponsorship deal with singer Ed Sheeran will make them the "A Team" with the ginger-haired crooner's fans.

Ipswich, nicknamed The Tractor Boys, was FA Cup winners in 1978 and won the UEFA Cup, forerunner of the Europa League, in 1981 but now finds itself in the third-tier League One.

The one season deal with singer/songwriter Sheeran, who lives near Ipswich and is a fan of the team, will see a logo featuring mathematical symbols (plus, minus, equals, divide, multiply) and the word TOUR, on the club's blue shirts.

Our men's and women's first-teams have a new shirt sponsor!

The symbols refer to Sheeran album titles and while the singer has not explained the logo, it may be part of a promotion for an upcoming tour.

"All will be revealed in time," Sheeran, 30, told the Suffolk club's website. “The Football Club is a big part of the local community and this is my way of showing my support.

“I have always enjoyed my trips to Portman Road and I’m looking forward to going back there as soon as supporters are allowed into stadiums again."

Town's director of sales, Rosie Richardson, spoke to iFollow Ipswich following the news that Ed Sheeran will be the Club's shirt sponsor next season.