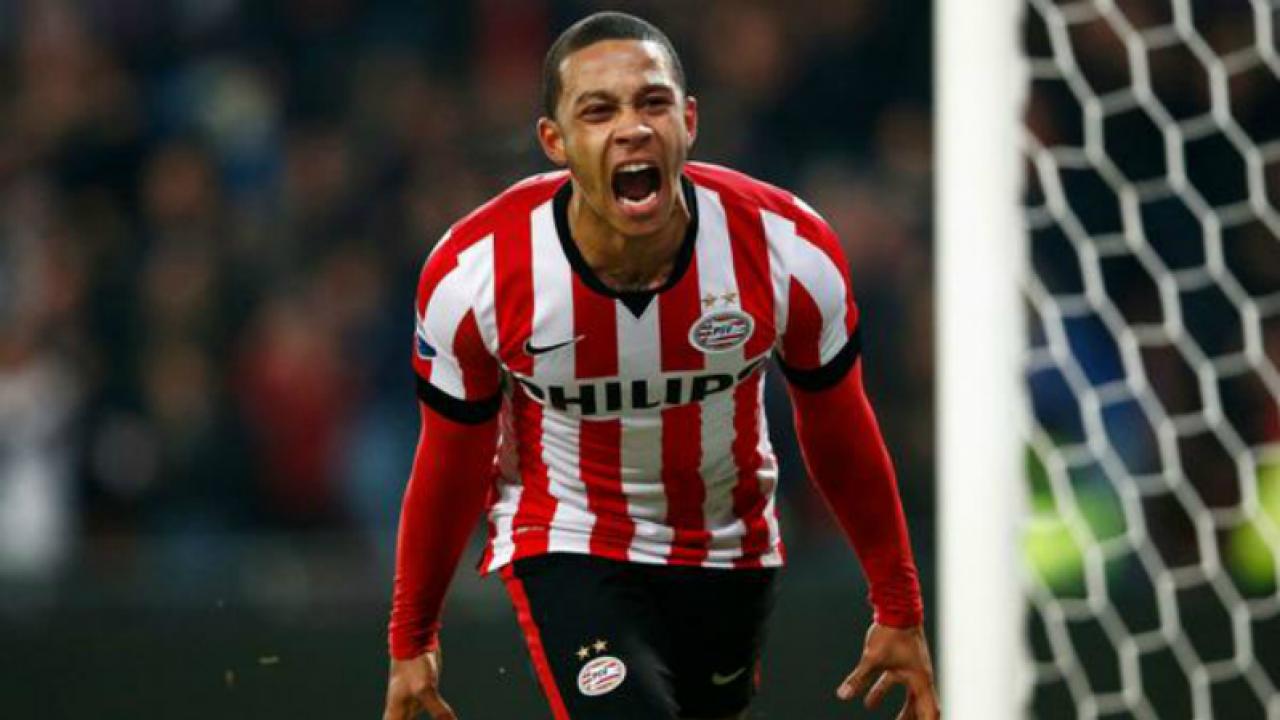 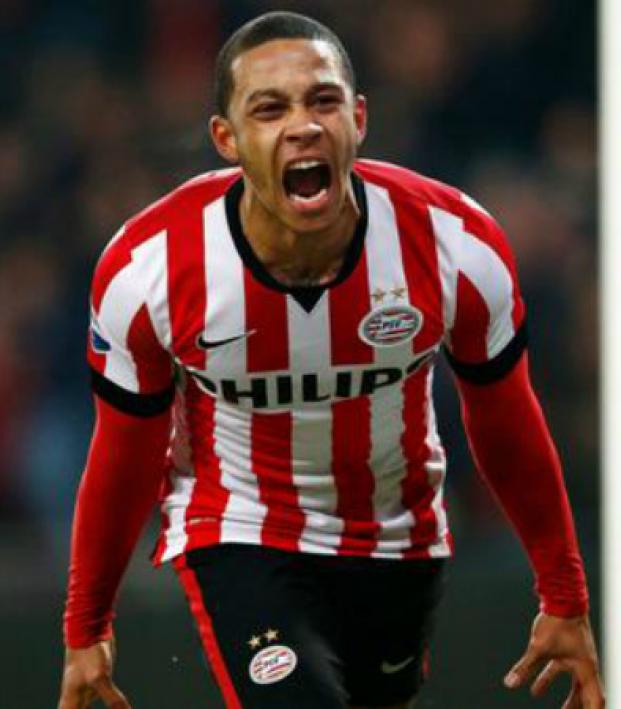 The Dutch Ronaldo: See Why Liverpool And Man U Are Fighting Over Him

Robert Gordon March 18, 2015
Memphis Depay is the next great talent to emerge from the Dutch Eredivisie, following in the footsteps of Robben, van Persie and Sneijder.

It’s easy to see why Manchester United are so keen to land PSV Eindhoven’s Dutch winger Memphis Depay. The 21-year-old, who made a handful of eye-catching cameo appearances for The Netherlands at last year’s World Cup, is the Eredivisie’s leading scorer with 16 goals from midfield, and notched up another 13 last season. When The18 asked its Eredivisie scout (honestly, we have one) who "the next big thing" to come out of Holland will be, Depay was the first name on the list (and our scout's a Feyenoord supporter), in no small part because of goalscoring feats such as these:

While comparisons to Cristiano Ronaldo are perhaps a touch premature, they are, nevertheless, understandable; Depay has a traction engine for a right foot, fine dribbling skills, is adept from set pieces and has a similar physique to his more illustrious Portuguese counterpart. Indeed, the man who scouted Ronaldo for United – Ed van Stijn – says Depay “is much further along in his game” than CR7 was at the same age.

But the suits at Old Trafford aren’t going to have things all their own way: In the last few days Liverpool have emerged as rivals for the Dutchman’s signature. A delegation from Anfield has apparently visited The Philips Stadion on a monthly basis all season, ostensibly to check up on PSV’s young flier. Arguably Rodgers’ Liverpool is the more natural fit for a player who thrives on the freedom to attack at will, unconstrained by rigid systems, formations or “philosophies”. Indeed, the Liverpool Echo goes so far as to claim The Reds are the favourites for Depay, though we suspect three crucial words will determine favouritism in this particular race:

Whoever can boast it next season will hold the edge in the battle for Depay and, indeed, every other major transfer target this summer. Which, not that it requires any, adds just a little bit of extra spice to Sunday’s clash between fifth-placed Liverpool and fourth-placed United.