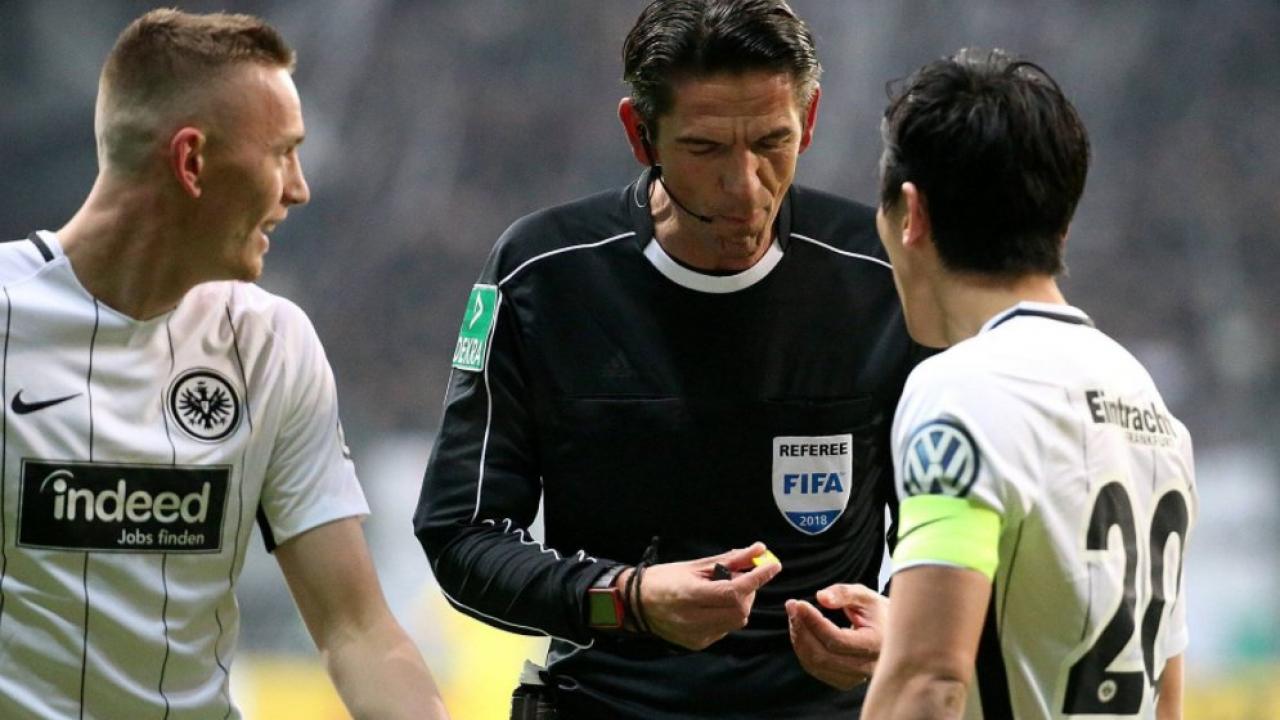 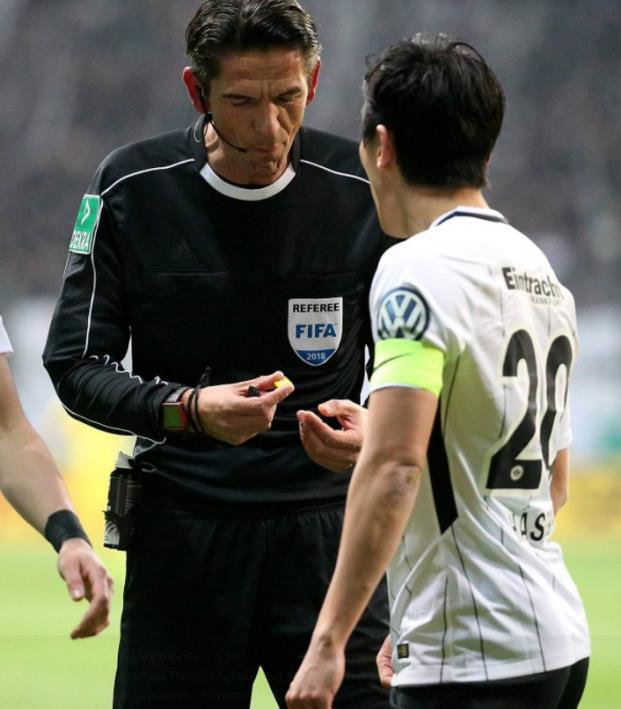 It’s rare one shares a pitch with Nigel de Jong and doesn’t come out with something bleeding, broken or bruised. Somehow, Germany referee Deniz Aytekin managed to survive offering the Dutch bad boy some candy before snarfing it down himself during a DFB Pokal match between Mainz and Eintracht Frankfurt on Wednesday.

Fans of Mainz, known as the Karnevalsverein (carnival club), threw little pieces of candy onto the pitch early in the quarterfinal match. Aytekin responded by picking up a piece to check it out. After offering it to de Jong, Aytekin popped it in his mouth for a mid-match snack.

Deniz Aytekin is one of the most recognizable referees in Germany, having been officiating Bundesliga matches since 2008. He’s most identifiable by his ominous appearance and his 6-6 height. But if there’s one man not afraid to do what he pleases in front of a referee, it’s de Jong. 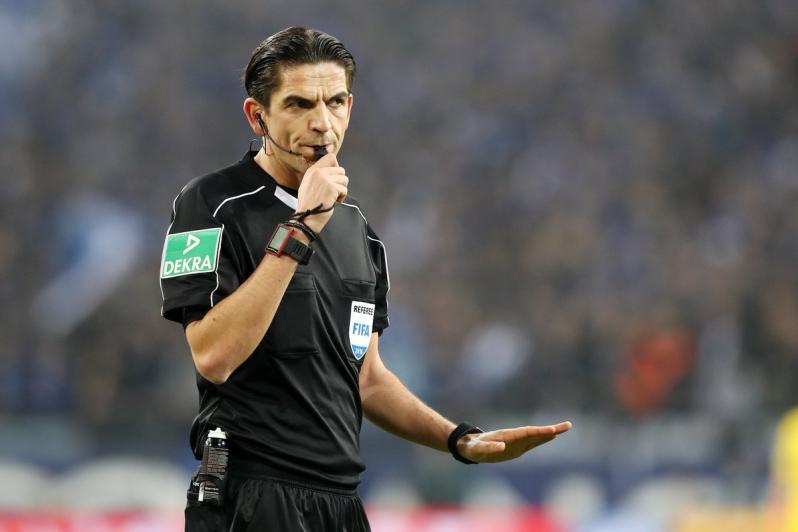 Calm down everyone, I'm pretty sure that candy wasn't laced with LCD. Photo: @eintracht_eng | Twitter

For more than a decade Nigel de Jong has terrorized offensive players with vicious tackles, from the kung-fu kick on Xabi Alonso in the 2010 World Cup final to nasty injuries to Americans Stuart Holden and Darlington Nagbe. De Jong is a menace on the pitch and a constant threat to injure someone.

And yet, not even de Jong wanted to take candy from Aytekin. Honestly, I’m surprised de Jong didn’t karate chop the candy out of his hand and kick him in the groin — but I’m surprised anytime de Jong makes it through a match without maiming someone.

Incidentally, Frankfurt won the match 3-0, with a Mainz player being sent off late. So if Mainz fans were trying to bribe Deniz Aytekin, they failed.