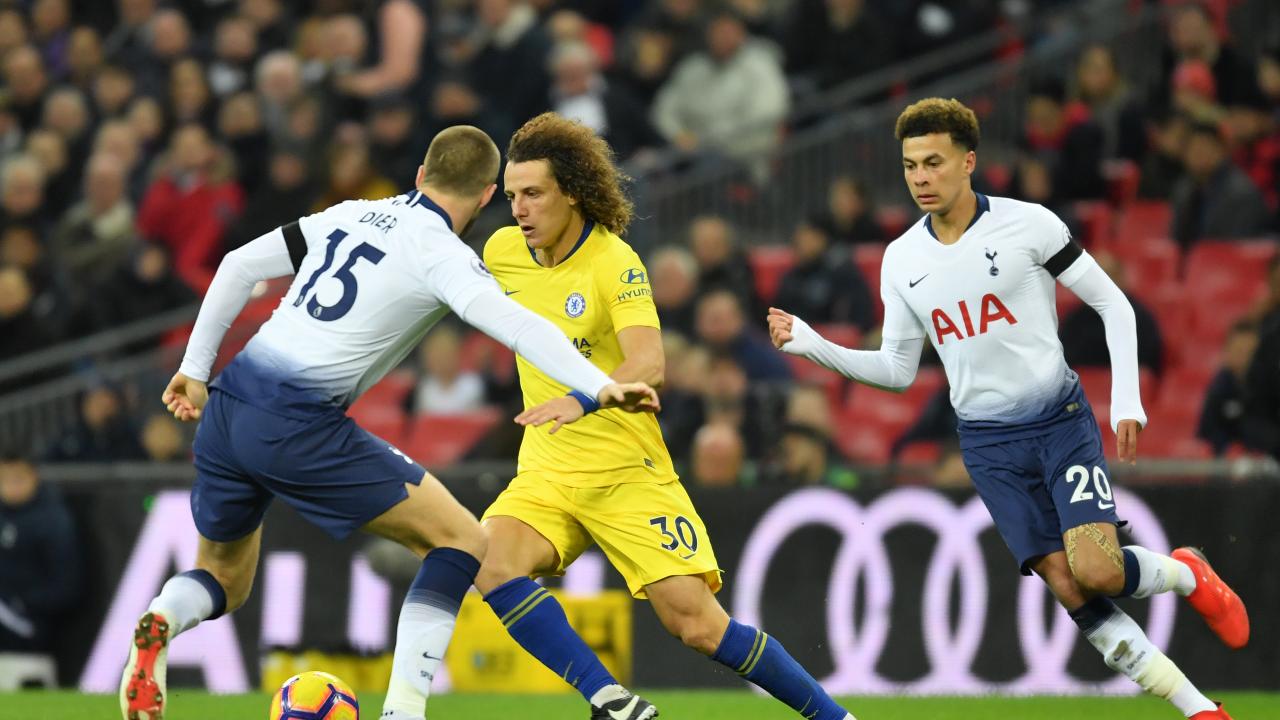 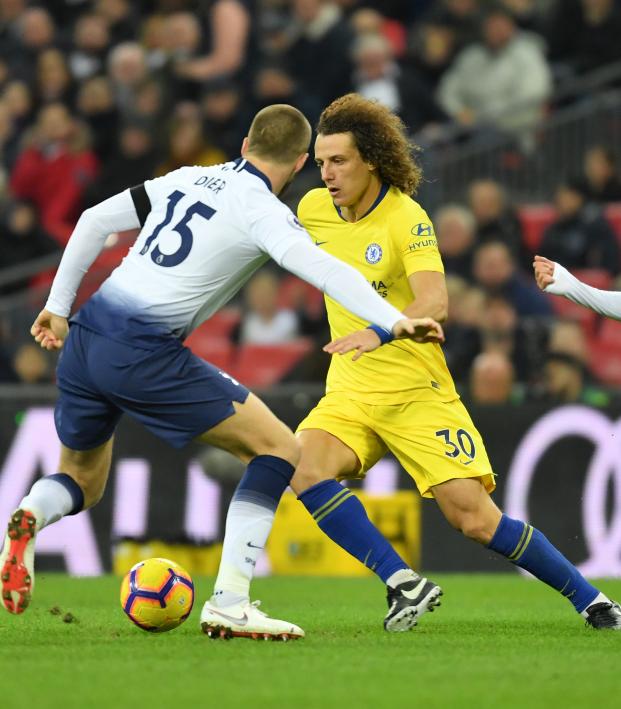 Travis Yoesting November 24, 2018
David Luiz did the footballing equivalent of stepping on a rake — over and over again.

Chelsea hadn’t lost in any competition this season before facing London rival Tottenham at Wembley on Saturday. Then Spurs ripped the Blues apart with two early goals and a stunning third for an impressive, deserved 3-1 victory.

Dele Alli scored in the eighth minute and Harry Kane doubled Spurs’ lead in the 16th minute before Son Hueng-Min scored a rip-roaring third in the 54th minute to put the game away.

Central to Chelsea’s defeat was David Luiz vs Tottenham. Started alongside Antonio Rudiger at center back, David Luiz played a sad role in all three of Spurs’ goals and one other slapstick moment that really didn’t have anything to do with football.

David Luiz’s bad day started when Dele Allie scored the first goal of the match. Christian Eriksen did all the hard work on the goal, sending in a cross that was begging for a slight touch into the back of the net, which Allie supplied.

David Luiz wasn’t really to blame on the goal itself, but he wasn’t anywhere near the ball on the cross and committed the unnecessary foul that led to the free kick.

It only got worse for Sideshow Bob.

In the 16th minute, Kane made it 2-0 with a shot from distance. Chelsea keeper Kepa Arrizabalaga didn’t even make a move on the ball as David Luiz simultaneously blocked his goalie’s line of sight and jumped out of the way of the shot.

David Luiz was probably trying to block the shot, but he failed miserably.

Later in the first half, David Luiz took out some frustrations on Kane, ripping the England striker’s shirt and forcing him to get a replacement jersey.

It should be mentioned that the shirt grab on Kane was actually completely warranted. Just before the above GIF, Kane acted like a bully, shoving Chelsea players ahead of the free kick.

But none of that excused David Luiz’s most pathetic play of the match.

Without a doubt, the best goal of Tottenham’s 3-1 rout of Chelsea was from Son Heung-min, whose incredible solo run started at midfield. While Jorginho was particularly skewered by Son, David Luiz had a chance to clean up the mess when the South Korea cut inside.

But instead of forcing him to the end line or just clearing the ball away, the Brazilian completely whiffed, allowing Son a free shot on a goal.

Despite a consolation goal from Olivier Giroud, David Luiz vs Tottenham was pretty much a clinic in how not to defend. And now Chelsea has its first loss of the season.