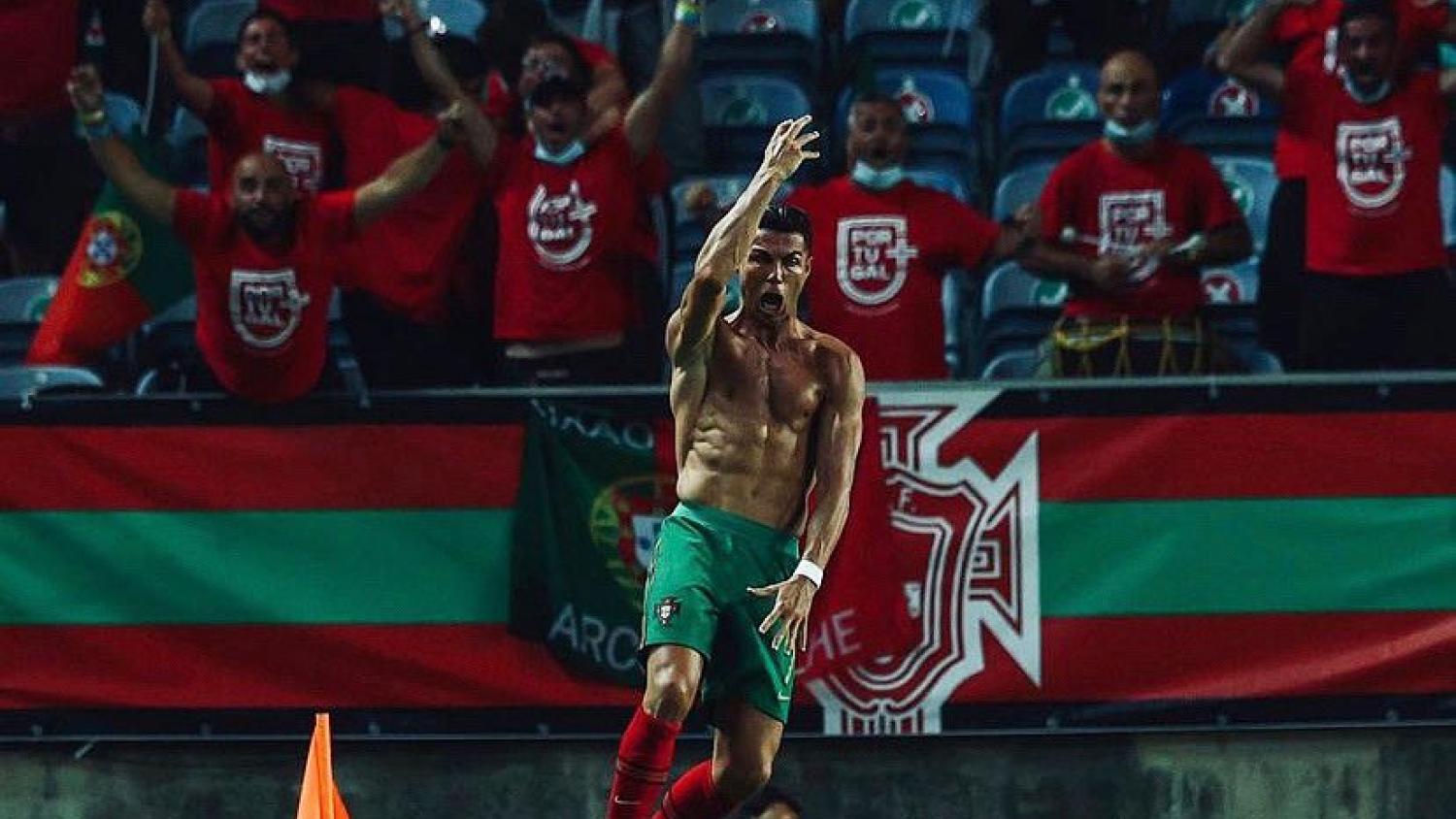 Cristiano Ronaldo’s yellow card for taking his shirt off means he’s unable to play against Azerbaijan on Tuesday.
@Cristiano | Twitter

Portugal forward Cristiano Ronaldo has been released from the national team squad after picking up a one-game suspension following their 2-1 victory over Ireland on Wednesday, the country's football federation said in a statement.

The 36-year-old headed two late goals to give Portugal a 2-1 victory in the World Cup qualifier and received a caution for taking his shirt off while celebrating the winner, meaning he would miss the trip to Azerbaijan on Tuesday.

It was Ronaldo's second yellow card of the qualifying campaign.

His release allows him to travel to England earlier than expected, giving him time to quarantine before he can start training with Manchester United ahead of a potential second 'debut' at home against Newcastle United on Sept. 11.

The Old Trafford club said Ronaldo will wear their No. 7 jersey once again.

Ronaldo spent six seasons at United between 2003-09, winning eight major trophies, and rejoined them this week from Juventus on a two-year deal.

He donned the No. 7 shirt during his first stint at the club, following in the footsteps of great United players, including George Best, Bryan Robson, Eric Cantona and David Beckham.

United striker Edinson Cavani, who wore No. 7 last season and in the 1-0 win at Wolverhampton Wanderers on Sunday, will switch to 21 — the number he wears on international duty for Uruguay.

"I wasn't sure if it would be possible to have the number seven shirt again, so I would like to say a huge thank you to Edi for this incredible gesture," Ronaldo said on United's Twitter feed.