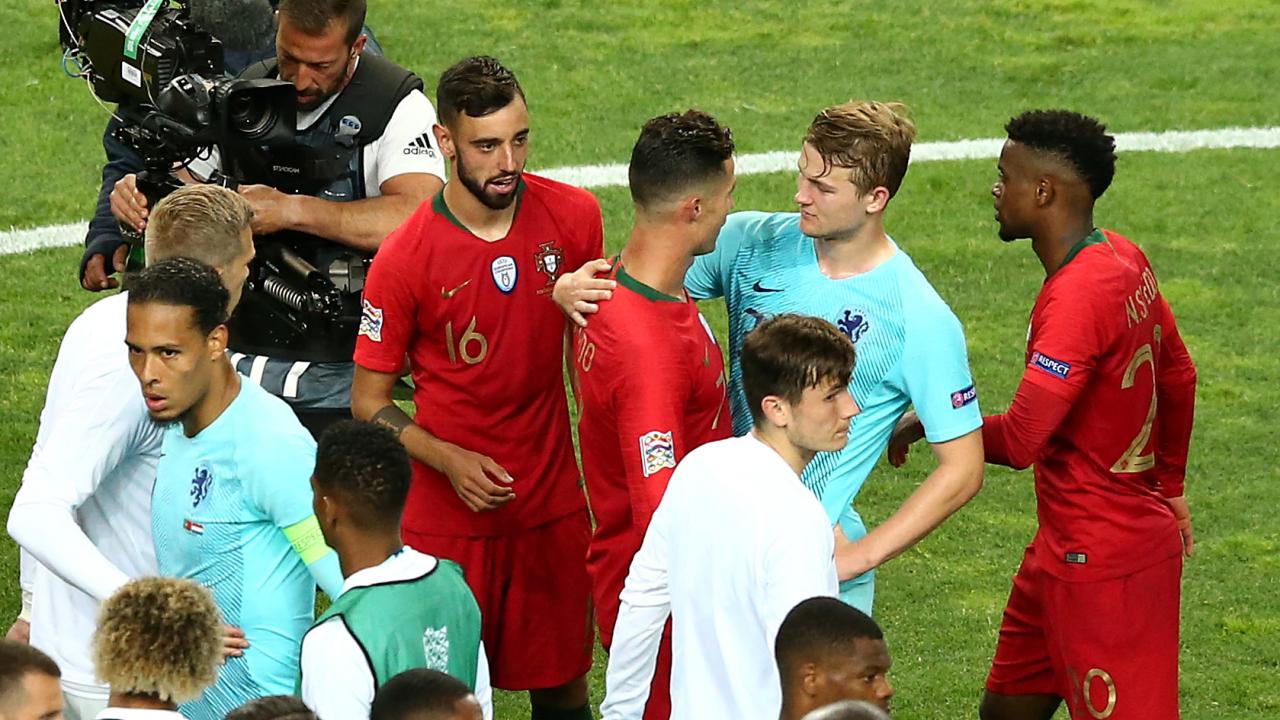 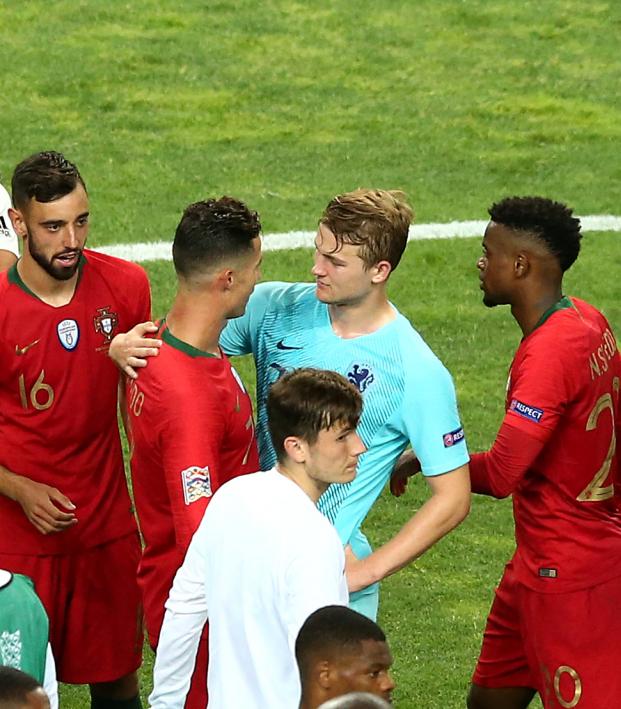 For Cristiano Ronaldo, the path to UEFA Nations League glory was exceptionally similar to the one he trod to victory at Euro 2016. After a stunning hat trick in the semis to lift Portugal to the final — much like the towering, match-winning header he planted against Wales at the same stage in 2016 — Ronaldo was subdued at the tournament’s climax.

Against France at the European Championship he was, of course, subbed off in the 25th minute with a knee injury, paving the way for that unlikely winner from Eder.

Against the Netherlands yesterday, Ronaldo tried his damnedest but really couldn’t find any joy against the Dutch center pairing of Matthijs de Ligt and Virgil van Dijk. The 34-year-old only landed one shot on target and was dispossessed five times.

What does it all mean? In the end, it’s a nice bit of padding for Ronaldo’s CV (“He won TWO trophies for Portugal.”), but it also underscores the excellence of the UEFA Nations League Finals Player of the Tournament, Bernardo Silva.

unpopular opinion: Bernardo Silva has been the best player in europe this season. pic.twitter.com/ROqnN3hHTs

The brilliance of the diminutive playmaker has been largely overshadowed by Ronaldo, as well as talk of Van Dijk’s Ballon d’Or chances and the impending transfer of De Ligt to Barcelona, PSG, Manchester United or, perhaps, Juventus.

Ronaldo actually used yesterday’s post-match trophy ceremony to champion the Old Lady cause to the 19-year-old center back. In the midst of it all, Ronaldo revealed that he’s still more focused on delivering the Champions League to Turin rather than a swirly vase to the people of Portugal. 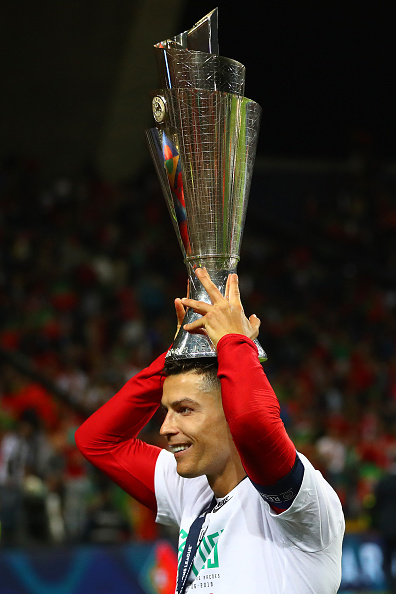 “I didn’t understand him at first,” revealed De Ligt. “I was a little shocked, so I laughed. But I didn’t say anything. So soon after the game you are not at all concerned with it. You are disappointed that you have lost and that is the only thing you are thinking about.”

As well as using the final as a recruiting ground for Juventus, the title acts as a failsafe for Portugal on the road to Euro 2020. Should Portugal fail to finish first or second in qualifying Group B — the nation currently sits third after drawing its opening two games — a place in the playoffs is guaranteed.

Baring an absolute catastrophe, Ronaldo, at the age of 35, will be going for glory again next summer.

“We’ll be in the fight,” said Ronaldo about Portugal’s chances. “I’m sure this team will be even better because the younger players will be more mature. This national team has a great future, I have no doubt about it.”