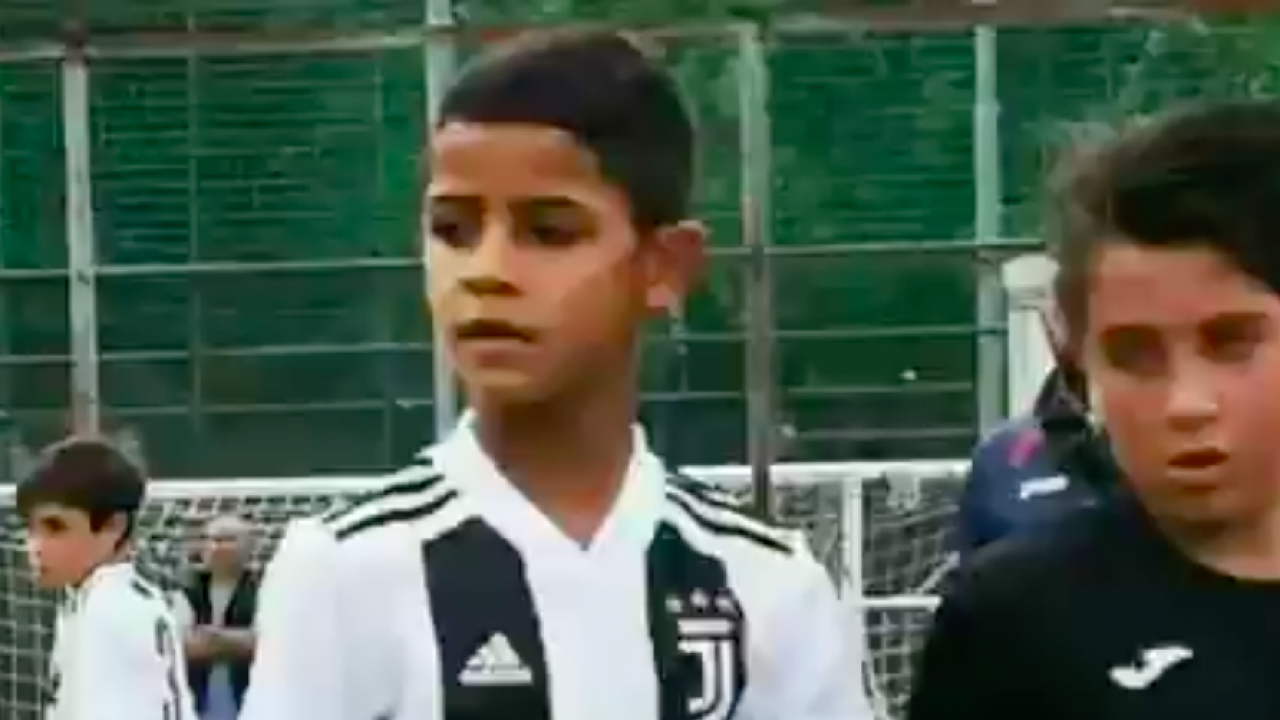 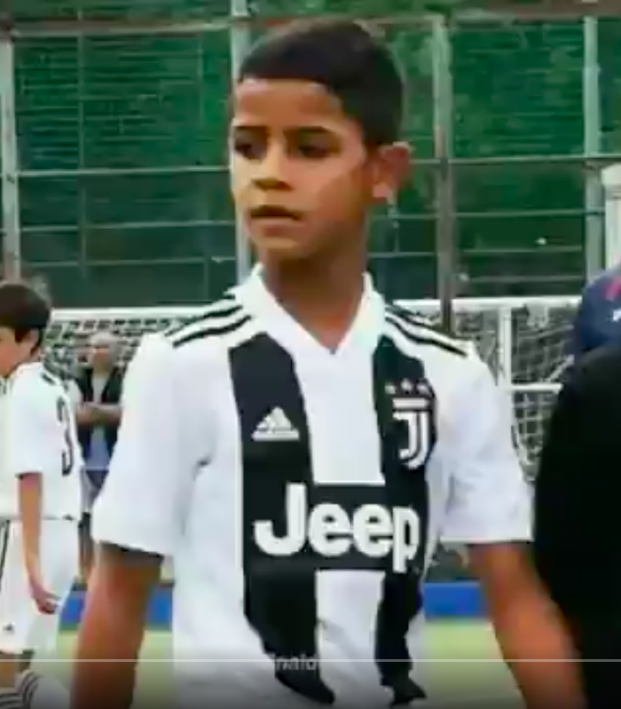 Hannah Lichtenstein September 3, 2018
Maybe he can help his father figure out how to unlock Italian defenses.

Cristiano Ronaldo Jr. set the Italian youth league on fire this weekend, bagging four goals in the Juventus U-9’s 5-1 win against Lucento. The youngster, repping the No. 7 shirt of course, notched two goals in each half, darting past the legs of outstretched defenders in seamless fashion, much in the way his old man does.

Cristiano Junior just scored his first goal for Juventus Under 9.
A player trained by none other than @Cristiano Ronaldo himself.
A left winger like his dad
Same playstyle
Same run
Same shot
Same goal
Like father like son. pic.twitter.com/X2rFsmcSZu

After such a dominant display, his father may want ask to borrow a bit of the goal scoring gene that he clearly passed on to his son — the 33-year-old star has yet to find the back of the net for the Juve senior team.

Though it has been just three games without a goal for the Bianconeri, CR7’s short scoreless stint is already being labeled a drought considering his prolific record. For many, however, it's understandable that the striker is having some struggles early on with his new club. Juve manager Max Allegri pointed to the highly organized, tactical defenses of Italian sides as a contributing factor to Ronaldo’s goal frustrations and said it will take some time for his $116 million signing to adjust to the different style.

Ronaldo is not the only striker experiencing a dry spell right now in Turin. Paolo Dybala too is yet to open his 2017-18 account. Thankfully for the Old Lady, they've got a poacher by the name of Mario Mandukic in their ranks. The big man currently leads the team with two goals in its first three matches, and he's helped Juve take an early lead at the top of the table.

Ronaldo will have some time to reset and let his stresses subside over the international break as he will be rested for Portugal’s upcoming match against World Cup runners-up Croatia. Perhaps with a few one-on-one trainings with his son, he will return back to his goal scoring ways for Juve when they face Sassuolo on September 16th.