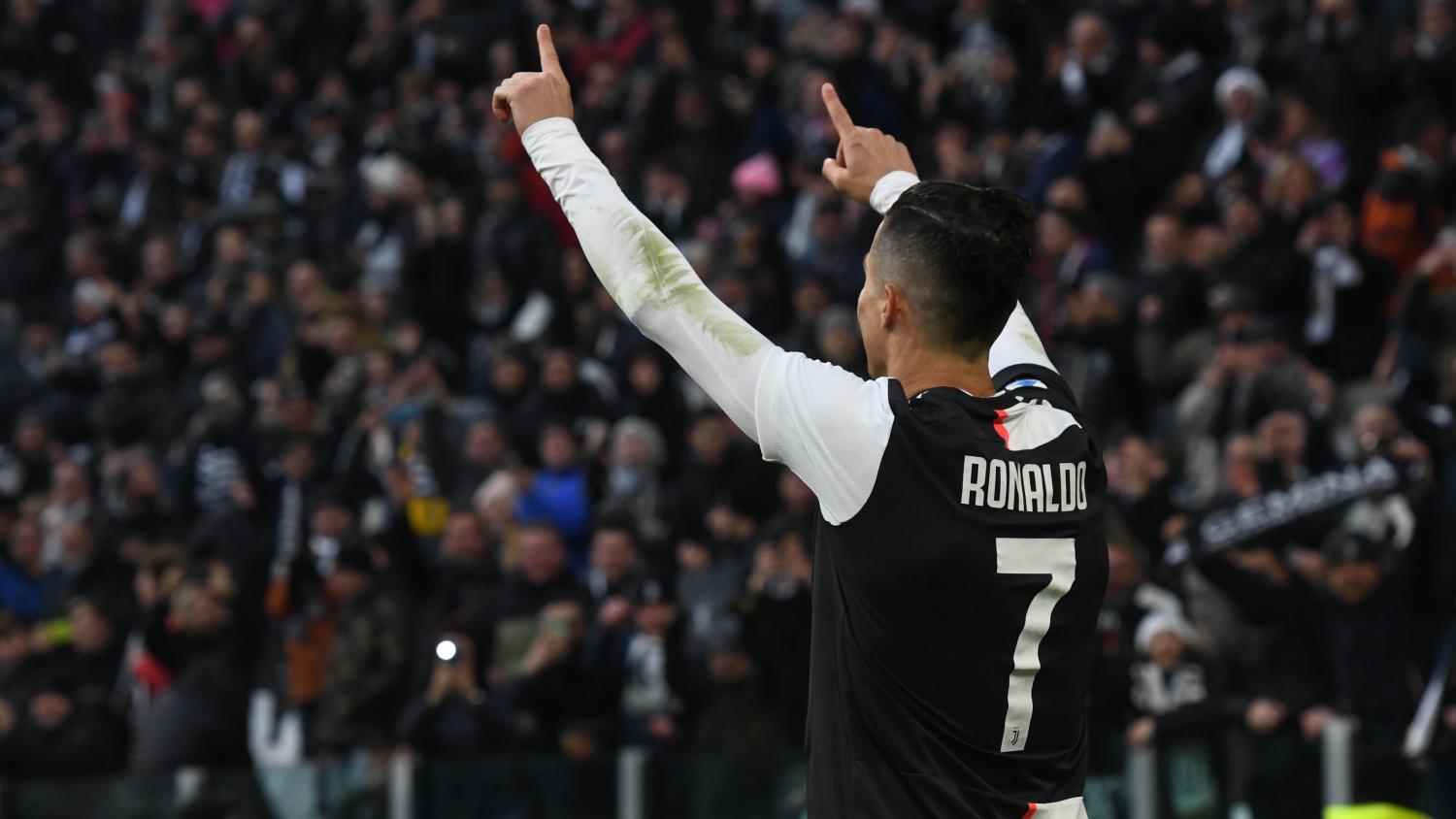 The 34-year-old has eight goals in his last five Serie A appearances.
Getty Images

Juventus and Cristiano Ronaldo opened 2020 in fine style following a 4-0 beatdown of Cagliari on Monday with Ronaldo featuring in all four goals. The Portuguese legend scored a hat-trick and provided an assist — all in the second half — as Juve opened up a three-point lead at the top of Serie A ahead of Monday's late encounter between Inter and Napoli.

Sixth-place Cagliari managed to keep Juve’s attacking trio of Ronaldo, Paulo Dybala and Aaron Ramsey quiet in the first half, but a dreadful back-pass from former Liverpool defender Ragnar Klavan allowed Ronaldo to earn possession, round the keeper and score Juve’s opener in the the 49th minute.

In the 67th minute, Ronaldo scored his second from the spot after Dybala had been brought down in the area by Marko Rog following an impressive solo run.

Juve’s third arrived in the 81st after Ronaldo released Gonzalo Higuaín with a wonderfully weighted pass from inside his own half. Higuaín still had a lot of work to do after receiving possession out wide, but his finish was just as good as Ronaldo’s feed.

One minute later, Ronaldo had his hat-trick after being left alone in the area. That’s not a good defensive strategy.

After making headlines last week while wearing an 18-karat, gold and diamond encrusted Rolex worth nearly $500K along with a ring and diamond band that totaled over $1 million worth of jewelry on one hand, Ronaldo showed up to the match today with what could only be 240 perfectly curated songs on his Shuffle (he’s had 15 years to work on the playlist).

Cristiano Ronaldo is out here living in 2005 pic.twitter.com/5ALpcZCVzL

Ronaldo now has 13 goals in 15 Serie A games this season, including eight from his last five.