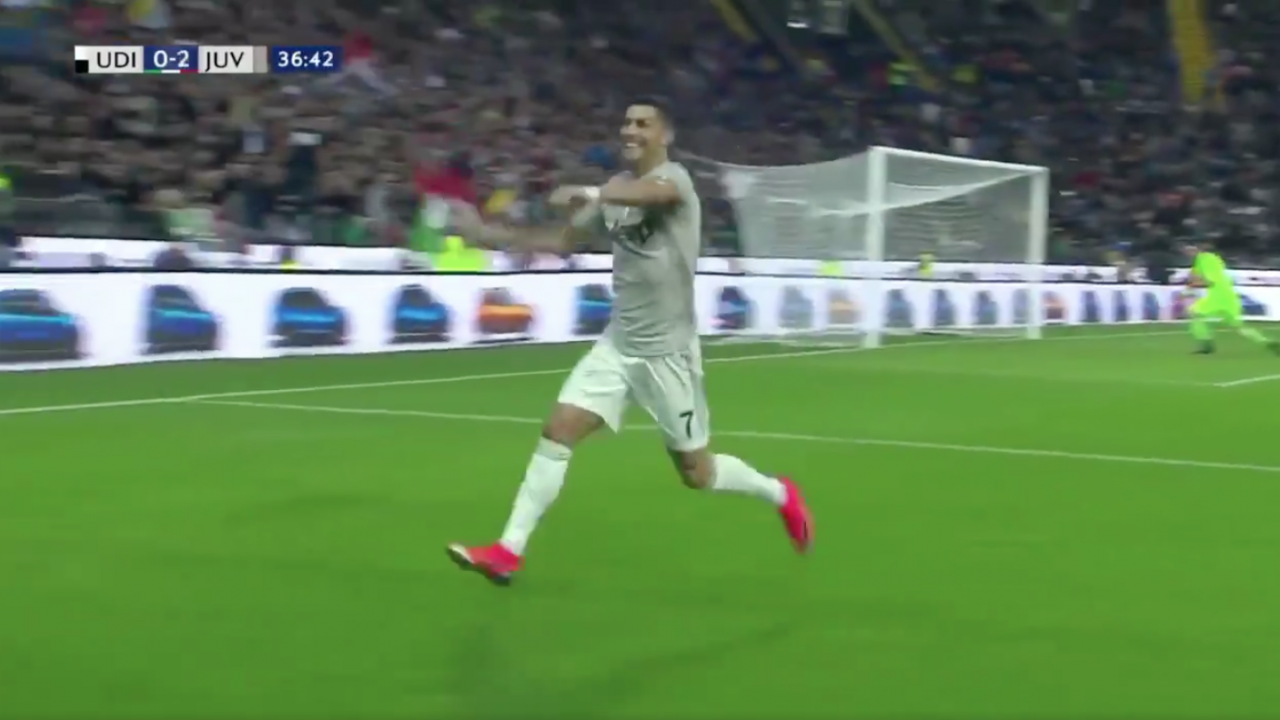 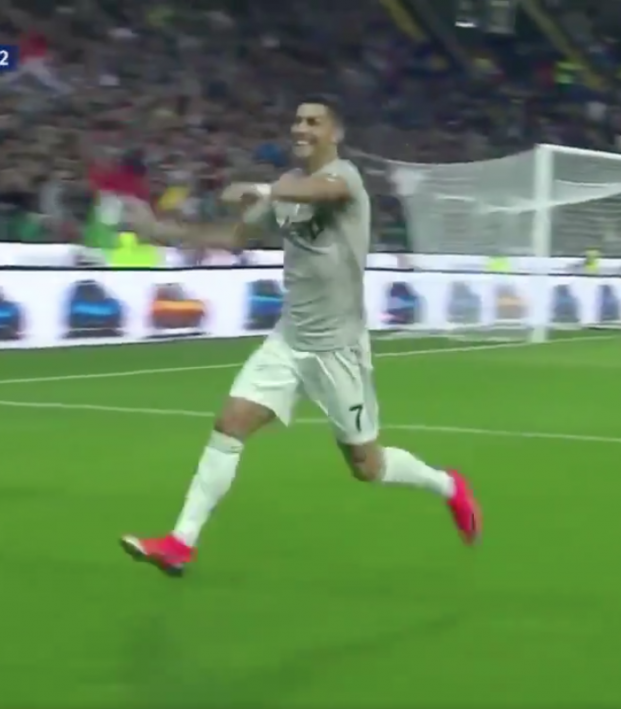 Cristiano Ronaldo is no stranger to the spotlight. In fact, he often seeks it out, what with his provocative underwear line, manicured appearance and supermodel girlfriends.

But this past week the spotlight has been a bit brighter, a bit hotter, a bit more uncomfortable.

After serious rape allegations surfaced, Ronaldo was left out of the Portugal squad for the upcoming international break. Sponsors like EA Sports and Nike have reconsidered their position on one of the world’s most recognizable athletes.

But Juventus has stood by its star, for better or worse.

Ronaldo had a stellar game against Napoli last weekend but had to sit out the Champions League match at midweek with a red-card suspension. Back on the field for the first time since the allegations became widely known, this Ronaldo goal vs Udinese was the winger’s answer to all the scrutiny.

Cristiano Ronaldo gets his 4th goal in Serie A by making it 2-0 over Udinese pic.twitter.com/sZBf2A2ZkA

It was an instinctive finish but a strong one nonetheless with his weaker left foot. You can tell how much Ronaldo wanted to score Saturday. It was his fourth goal in Serie A play in eight appearances after having to wait for Juve's fourth match to open his account.

The goal came about four minutes after Rodrigo Bentancur opened the scoring for Juventus, leaping in front of Ronaldo to head in from short range in the 33rd minute.

Ronaldo might've been a bit disappointed Bentancur didn’t leave the ball for the Portuguese to score, but you can’t argue with the finish.

Ronaldo played all 90 minutes in the 2-0 road win over Udinese. When Ronaldo arrived in Italy, Massimiliano Allegri suggested he'd rest the striker regularly, but he's started and played the entire match in all eight of Juventus' Serie A matches. The only match he didn't finish was the Champions League match in which he was sent off 29 minutes in.

Juventus won an eighth straight to start the Serie A campaign, going a full nine points ahead of second-place Lazio, which plays third-place Fiorentina on Sunday.