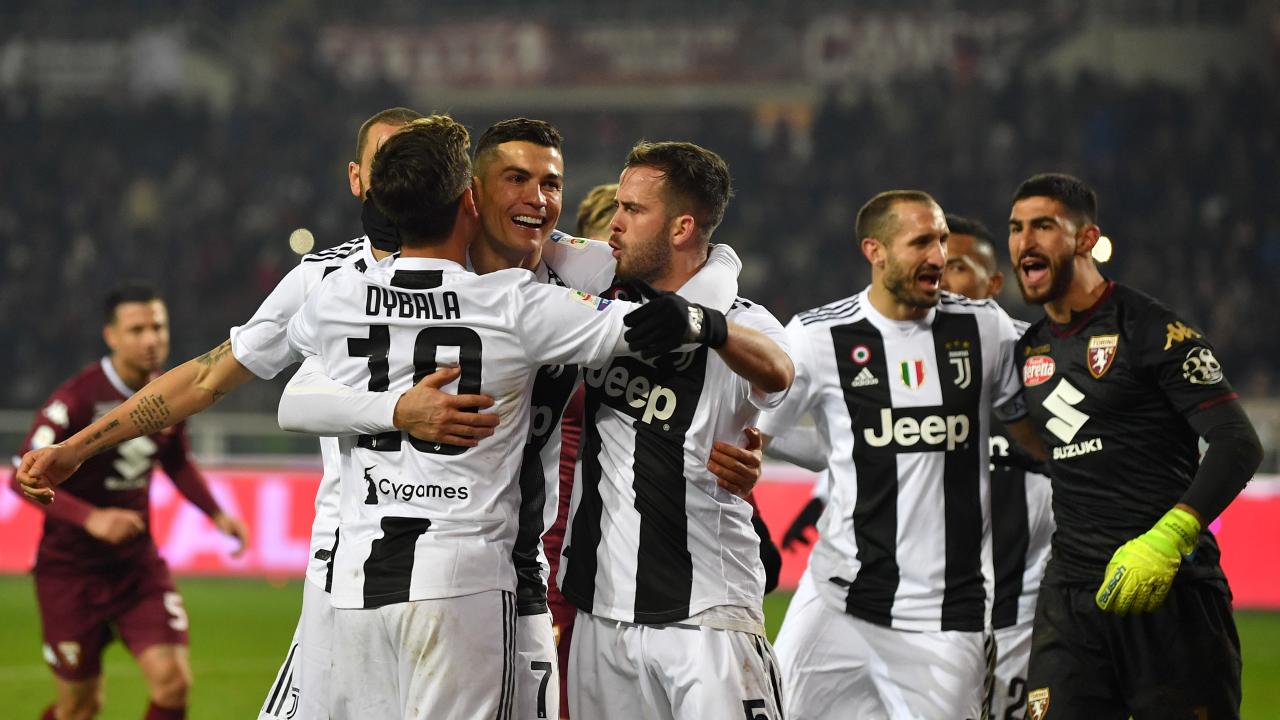 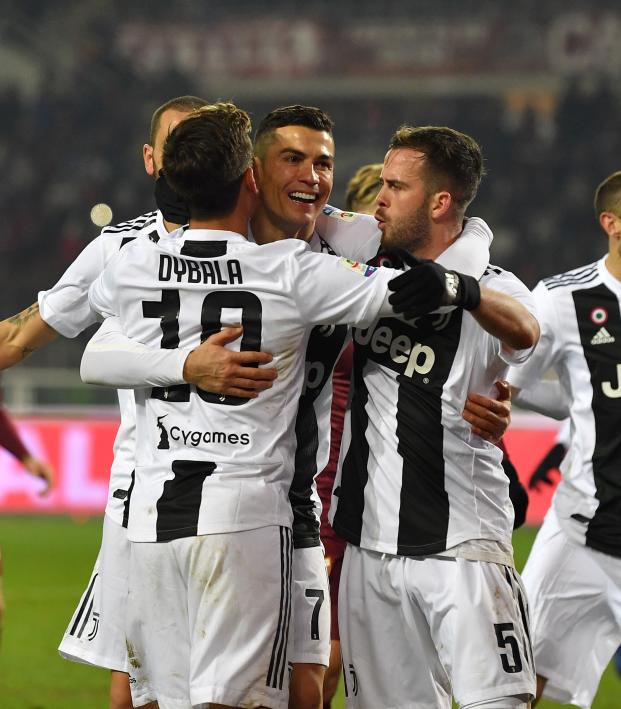 Why Did Cristiano Ronaldo Celebrate Goal By Getting In Goalie’s Face?

The Derby della Mole between Juventus and Torino was decided by a Cristiano Ronaldo penalty kick on Saturday at Stadio Olimpico Grande Torino. The 70th-minute goal wasn’t a surprise for anyone who follows Serie A, both in terms of who scored it and where it came from.

But Ronaldo’s celebration afterword was a bit puzzling.

Salvador Ichazo took down Mario Mandzukic trying to reach a hospital ball from Simone Zaza. Ronaldo, like he so often does, took the penalty with conviction, giving the Bianconeri the 1-0 lead they would not relinquish.

But after scoring, instead of running to the corner to do his “Siiii” celebration, Ronaldo ran toward the goal and gave Ichazo a bit of a chest bump — and not a particularly friendly one.

Ronaldo clearly sizes up Ichazo before bumping into him completely unnecessarily. He then surrounds himself by teammates so other Torino players can’t confront him about the incident.

“From the spot, Ronaldo gets his goal to make his mark in this fixture!” pic.twitter.com/9TZdzTShDV

Ronaldo was booked for the offense. Usually when he gets yellows for celebrating, it’s for taking his shirt off.

So what the hell was Ronaldo doing celebrating like that?

We have a couple theories.

For one, the Derby della Mole is Juventus’ biggest local rivalry, Torino having been formed from a division within Juventus more than 110 years ago. Perhaps Ronaldo was merely trying to show Juventus fans how invested he is with the club by taunting the Torino keeper.

A second possibility is that Ronaldo was frustrated with no having scored earlier. The Portuguese star didn’t have the best of matches before the goal, as evidenced by this ridiculous shot off a set piece that went out for a throw-in. He also was offside on a later Mandzukic goal, leading to it being called back.

It’s also possible that Ichazu was talking trash before the penalty, and this was Ronaldo’s way of shutting the Uruguayan goalkeeper up.

Our final theory could be the most devious.

Ichazo was only in the match because Salvatore Sirigu was taken off with an injury in the 20th minute. It’s conceivable that Ronaldo was trying to rile up Ichazo to see if he could bait him into a red card, which would force Torino to play the final 20 minutes with a field player in goal.

Regardless of the why, Ronaldo now has 11 Serie A goals, putting him joint top of the golden boot race with Genoa’s Krzysztof Piatek. The Ronaldo goal vs Torino was also Juventus’ 5,000th all-time goal in Serie A.

Most importantly, Juventus has 46 points out of a possible 48 and is pulling away with the Serie A title before Christmas.