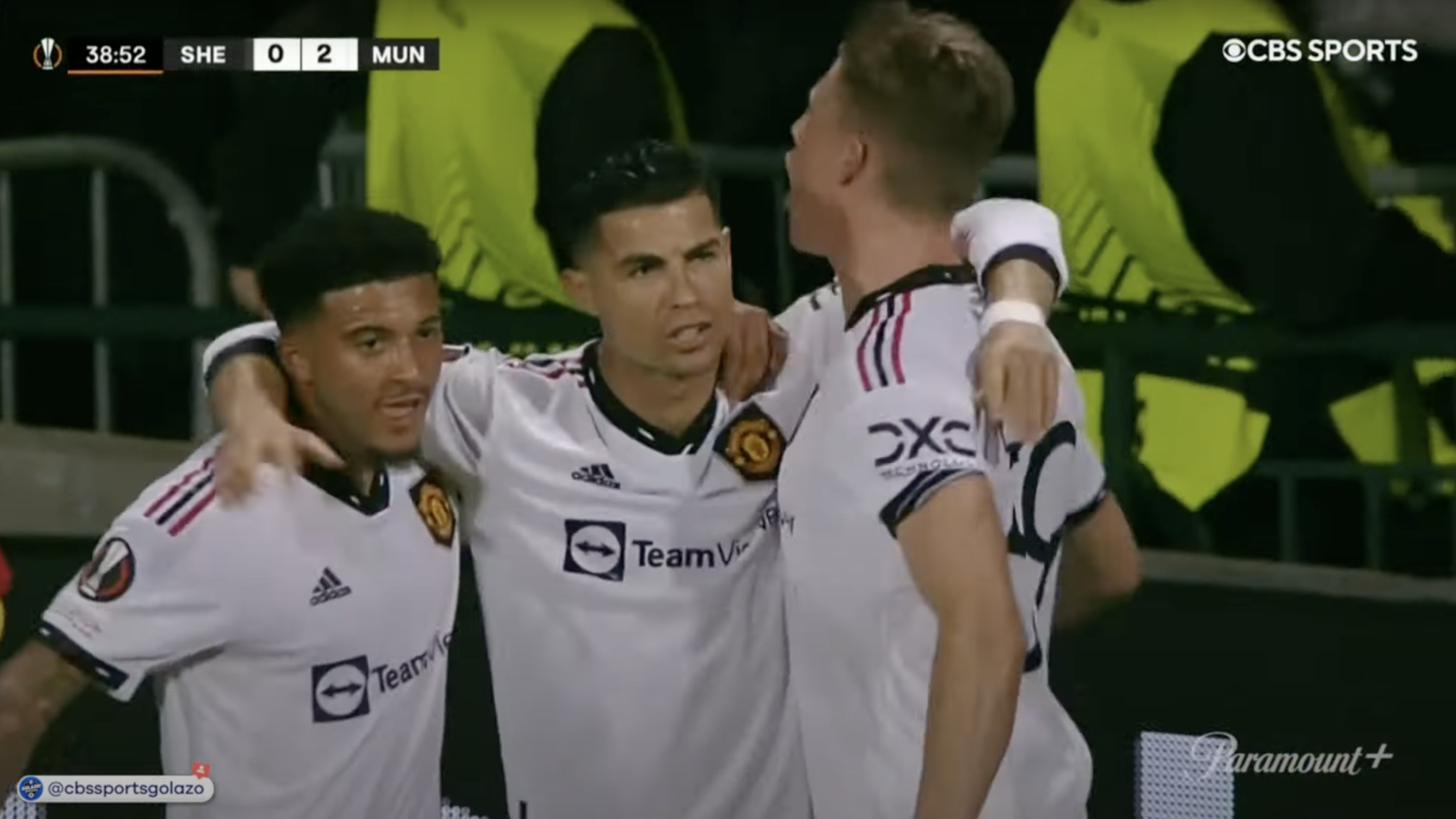 That’s it. The competition is over. Cristiano Ronaldo is now the undisputed GOAT, doing something Lionel Messi never could.

And, of course, Ronaldo scored it from the penalty spot.

CRISTIANO RONALDO SCORES HIS FIRST #UEL GOAL FROM THE SPOT

His first Man Utd goal of the season pic.twitter.com/T1B1BzD6Aj

For those keeping score at home, that’s Cristiano Ronaldo Europa League goals 1, Lionel Messi Europa League goals 0. It doesn’t even matter it was Ronaldo’s first goal all season or that the penalty was hit straight down the middle, Messi could never.

Ronaldo’s goal helped United beat Sheriff 2-0 on the road. Last year, Sheriff beat eventual Champions League winner Real Madrid 2-1 at the Bernabéu, so chalk another one up for the GOAT.

All jokes aside, Ronaldo is still the all-time leading goal scorer in men’s international and men’s Champions League history. His mark of 140 UCL goals is 14 ahead of Messi, the only man anywhere close to him. One year in the Europa League probably won’t be enough for the Portuguese to be caught by the Argentine, but Ronaldo could make a run at the Europa League all-time scoring list, currently led by Radamel Falcao with 30.

The other goal in the match on Thursday came from Jadon Sancho via a Christian Eriksen feed.

THE PASS FROM CHRISTIAN ERIKSEN. THE FINISH FROM JADON SANCHO. pic.twitter.com/mwJIRdAEvu

If you’re wondering what that celebration was, Sancho held aloft shin guards gifted to him by a young fan.

Jadon Sancho celebrated his goal against Sheriff in the #UEL by holding up a pair of shin guards a young fan who gifted to him. ❤️ pic.twitter.com/WA2t7kmjdf

Ronaldo, not one to be left out, also had some custom shin guards featuring his numerous offspring.

Ronaldo's custom shin guards with pictures of his family pic.twitter.com/a0gsytmqmH

The win moves United into second place in Group E, bouncing back from a defeat to Real Sociedad on the first match day. The Red Devils will have this weekend off as its fixture against Leeds United was one of the many postponed matches as England throws its football league into disarray over the death of an old lady. United’s next match is against rival Manchester City on Oct. 2 after the upcoming international break.