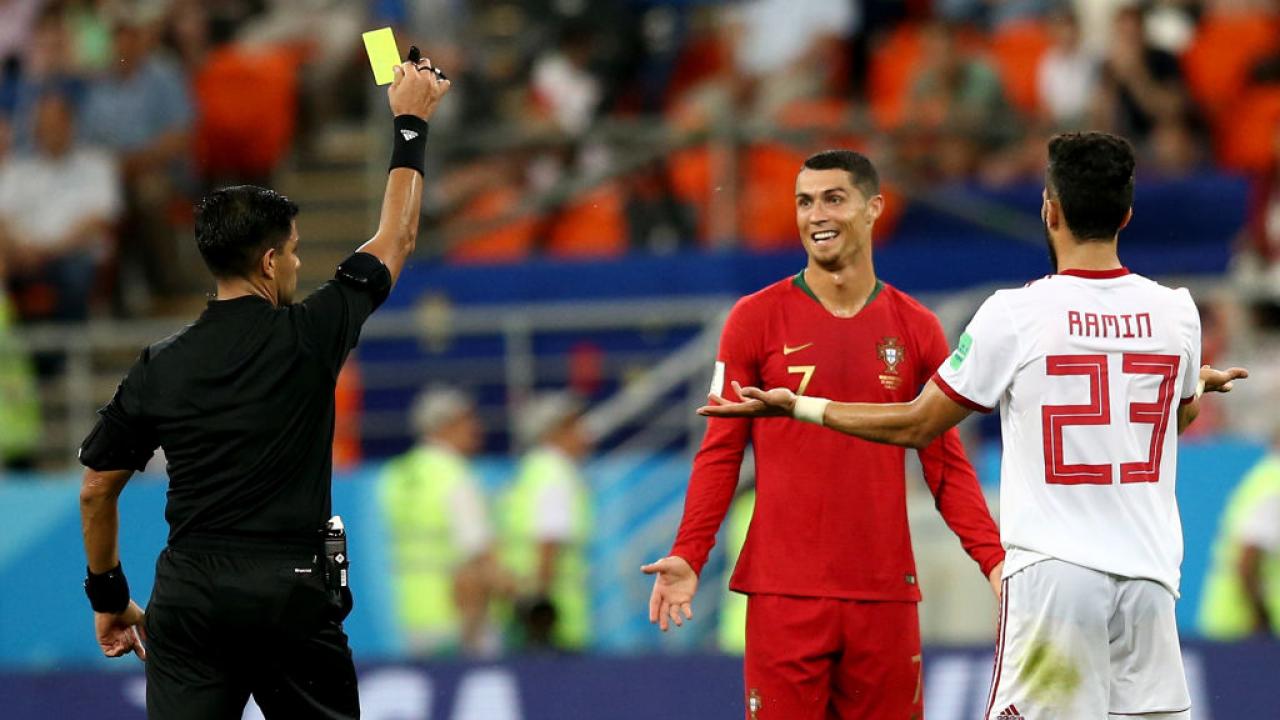 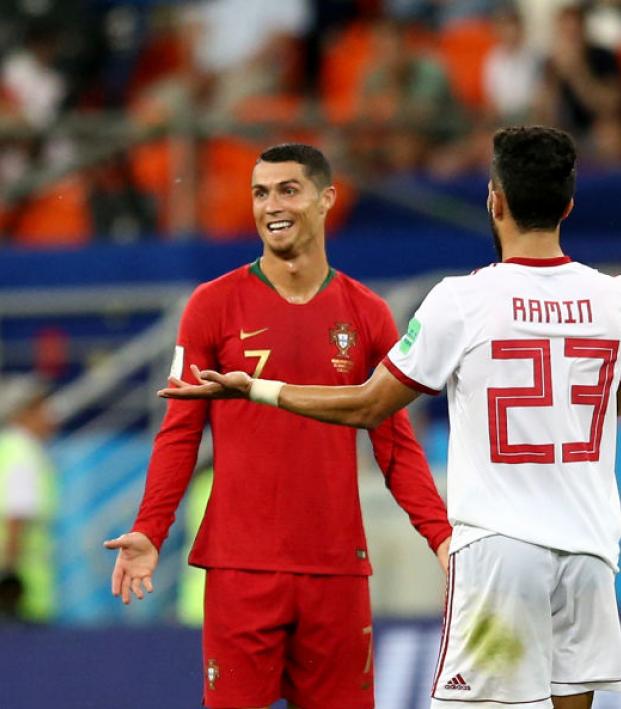 Should Ronaldo Have Seen Red? A Lot Of People Seem To Think So

Connor Fleming June 25, 2018
I don’t think so, but I’m proven to know nothing time after time.

Group B went batshit crazy on Monday, but when the dust settled and the VAR screen had been flicked off, nothing had changed over the course of 90 overly dramatic minutes in Russia: Spain finish top and will play Russia, Portugal finish runners-up and take on Uruguay. One major talking point is that the European champions could’ve been preparing for that game without Cristiano Ronaldo, who was given a VAR-inspired yellow card for an off-the-ball elbow.

With Portugal leading 1-0 in the 81st minute, Ronaldo attempted to close down Iran in possession, but Morteza Pouraliganji got in the way. Ronaldo brushed Pouraliganji out of the way, but the Iranian man went down theatrically and the VAR instructed the referee to take another look.

Now we do have #VAR in #IRNPOR, and Ronaldo receives a yellow card.#Iran #Portugal #IRN #POR pic.twitter.com/uMkyh3ofGR

Personally, I don’t think it was a red. If we’re talking reckless (yellow) versus endangering the safety of another player (red), this is obviously just a yellow. But damn was I alone in that assessment.

So if Ronaldo didn’t touch him why yellow?! It’s either an elbow (red) or nothing.....not sure how the yellow plays a part. #WorldCup

If it’s any other player than Ronaldo it’s red card.

Anyone other than Ronaldo, Messi, Mother Theresa or Meryl Streep and that is a RED CARD

Elbowing to the face away from the ball is an automatic red card. Unless your name rhymes with Ronaldo.

And - yeah - that Ronaldo incident is a red card for a less famous player.

That ref looked at the screen and contemplated another 30 years of being known as the man who gave Cristiano Ronaldo a straight red in a World Cup.

Only a yellow? Shocking decision. Cristiano Ronaldo should've been sent off. pic.twitter.com/1uzZtjFbe0

I do, however, agree with some of the above opinions concerning the fact that the referee, Paraguayan Enrique Caceres, was never going to send Ronaldo off. Caceres was basically crapping his pants the whole game.

For those who think Ronaldo should’ve seen red, you'll be happy to know that another VAR decision — this one going entirely against Portugal and giving Iran a late penalty — doomed the side to a runners-up finish and a date with Uruguay in the Round of 16.

Uruguay looked much-improved today against Russia, and there’s no denying that a clash between Ronaldo and Uruguay’s center back pairing of Jose Gimenez and Diego Godin (it’s a Madrid Derby!) gets the blood pumping.