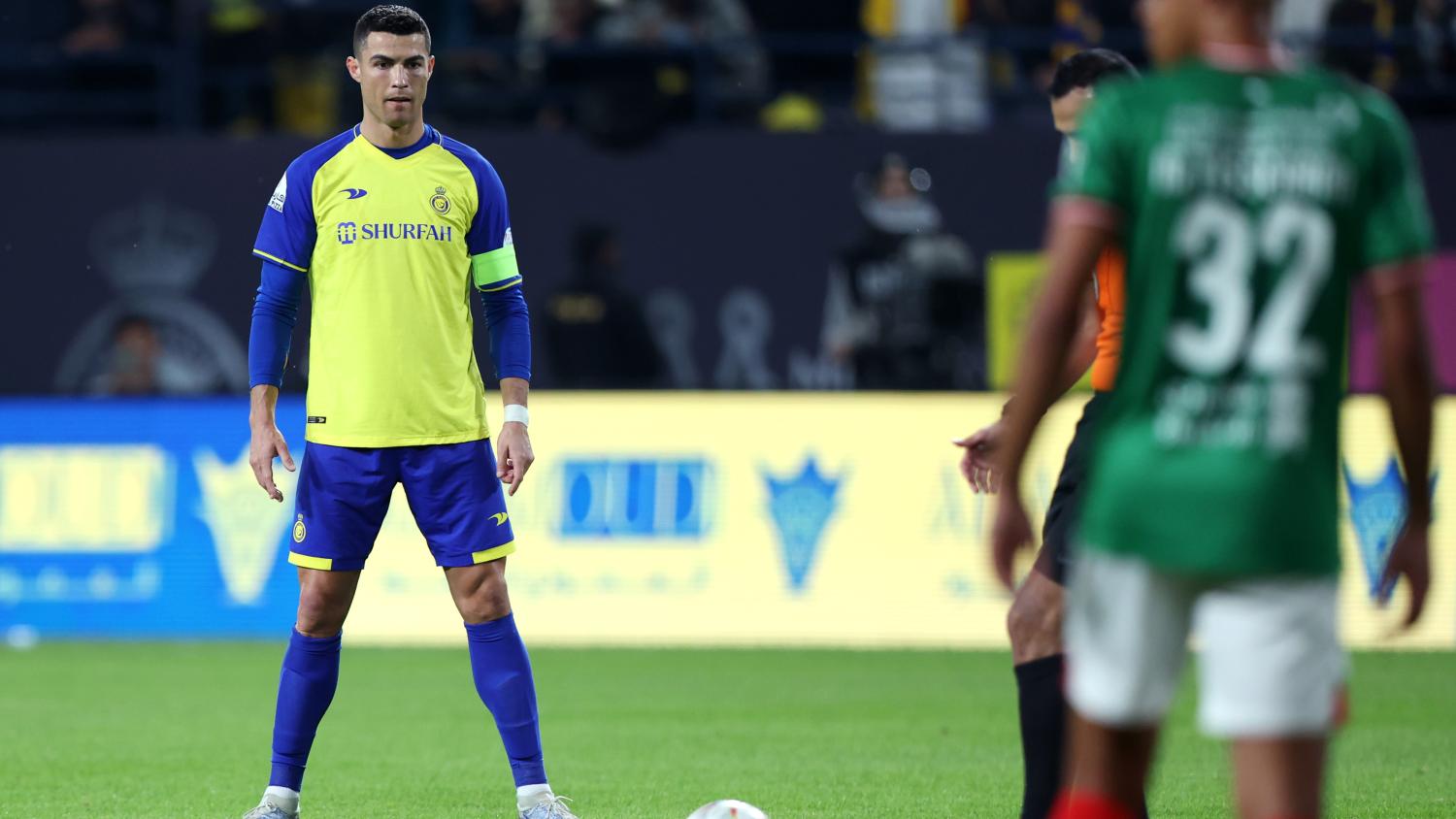 RIYADH - Anderson Talisca earned Al Nassr a 1-0 home win over Al Ettifaq on Sunday, but the fans that turned up to Mrsool Park in droves to see Cristiano Ronaldo in action were left disappointed after he was unable to mark his Saudi Pro league debut with a goal.

Ronaldo signed a 2-1/2 year deal with Al Nassr last month, reported to be worth over $216.28 million, but has had to wait to play because of a two-match ban by England's FA for knocking a phone out of a fan's hand in April.

Expectations for his debut were sky-high after his brace against Paris St Germain in a friendly on Thursday, but despite showcasing plenty of endeavor against Al Ettifaq, the 37-year-old was unable to add to his tally of more than 800 senior goals overall for club and country.

Named the captain ahead of the match, Ronaldo was full of running and had a couple of bright moments, but mostly cut a lonely figure up front as his new teammates appeared to be on a different wavelength and rarely picked him out.

The Portugal international had a shot from the edge of the penalty area blocked early on in the first half, before being denied a penalty shout upon being wrestled to the ground by an Ettifaq defender in the 19th minute.

Brazilian forward Talisca put Al Nassr ahead in the 31st minute, when he rose to meet Abdulmajeed Al-Sulaiheem's cross and plant a header past Al Ettifaq goalkeeper Paulo Victor.

Ronaldo's best moment after the break came in a supportive role, as he played a cross into the feet of Pity Martínez, whose first-time shot was tipped over the bar by Victor. Victor was kept on his toes, as Al-Sulaiheem and Talisca forced him into saves with well-struck efforts from long range, but Al Nassr were unable to find another goal.

Ronaldo's desire to kick off his stint at Al Nassr with a goal became more and more evident as the second half wore on, culminating with an unsuccessful attempt at a bicycle kick.

"In the world of football there is one Cristiano Ronaldo and we are happy to have him with us. Ronaldo's personality helped him to adapt with the team," goalscorer Talisca told Saudi Sports Channel.

Al Ettifaq's best chance came in the 68th minute, when a long throw found its way to the feet of Youssoufou Niakaté in the penalty area, but his volley from a tight angle was well wide of the target.

Al Nassr's win moved them back into first place in the league standings on 33 points from 14 matches, after they were briefly overtaken by Al Hilal earlier on Sunday. Al Ettifaq are in 10th place.

"If you want to win the title, we need to win such games and fight. Our goal was to return to the top and we succeeded in that, and I congratulate the players on achieving our goal," Talisca added.