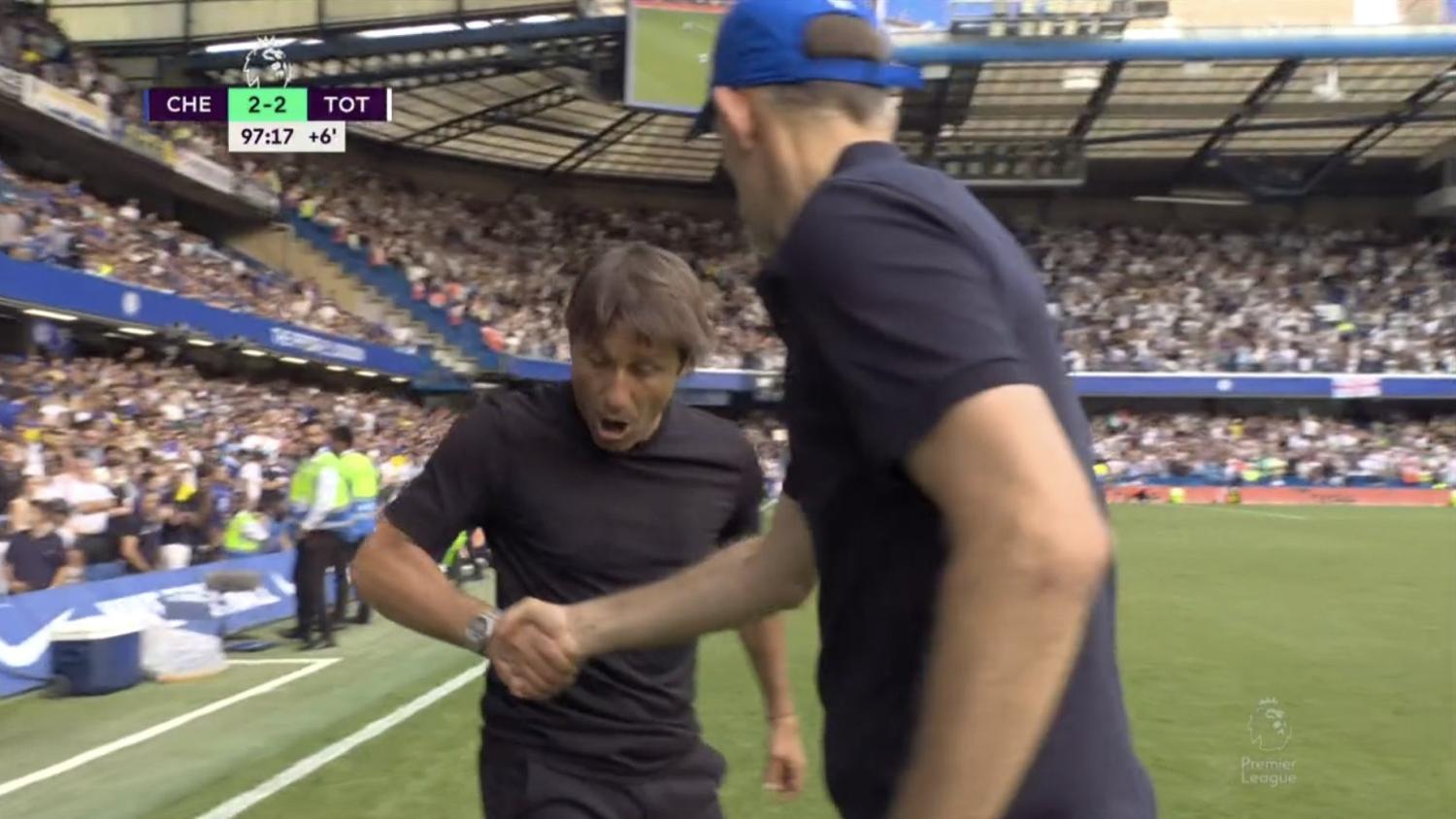 The two managers shook hands after a 2-2 draw when tempers flared but then faced off on the pitch before being separated by players and staff from both teams.

Both managers were also shown red cards by referee Anthony Taylor as a result of the fracas.

Fireworks after the final whistle between Tuchel and Conte!#MyPLMorning | #CHETOT pic.twitter.com/CuakP2XH0F

"It is alleged that the behaviour of both managers was improper following the end of the fixture," the FA said in a statement.

Theys have until Thursday to respond to the charges.

The FA is also investigating Tuchel's comments after the German coach slammed Taylor for his decisions.

Tuchel accused Taylor and the Video Assistant Referee (VAR) of making wrong decisions which ultimately helped Spurs come away from Stamford Bridge with a point.

At his post-match news conference, Tuchel rued the "huge misinterpretation of situations" and said it "would be better" if Taylor was no longer involved in officiating Chelsea's matches.

An online petition calling for Taylor to not be handed Chelsea games in the future was launched by fans shortly after the match and it has already received more than 122,000 signatures.

While Tuchel and Conte were involved in a heated exchange, the two managers were relatively calm after the game and said they had no hard feelings.

Conte, a former Chelsea manager, even took a cheeky dig at Tuchel on Instagram, saying he was glad he did not see the German celebrating the second goal by running down the touchline as "making you trip over would have been well deserved."