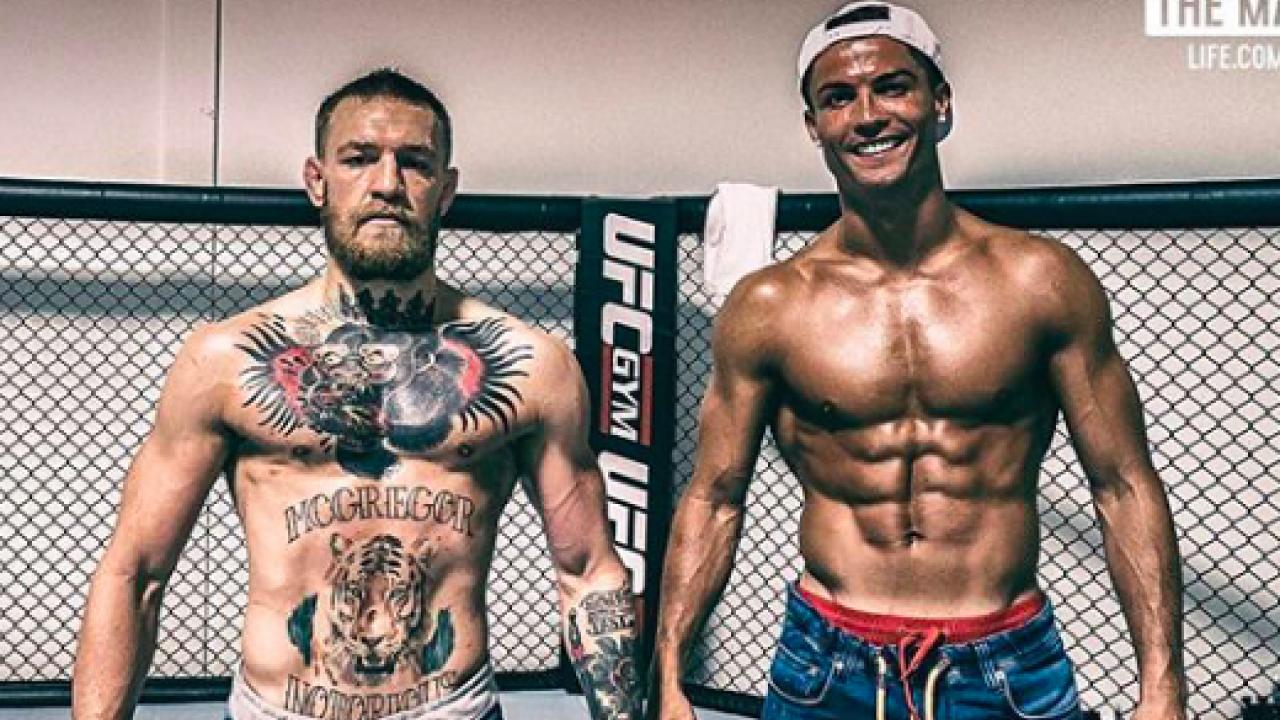 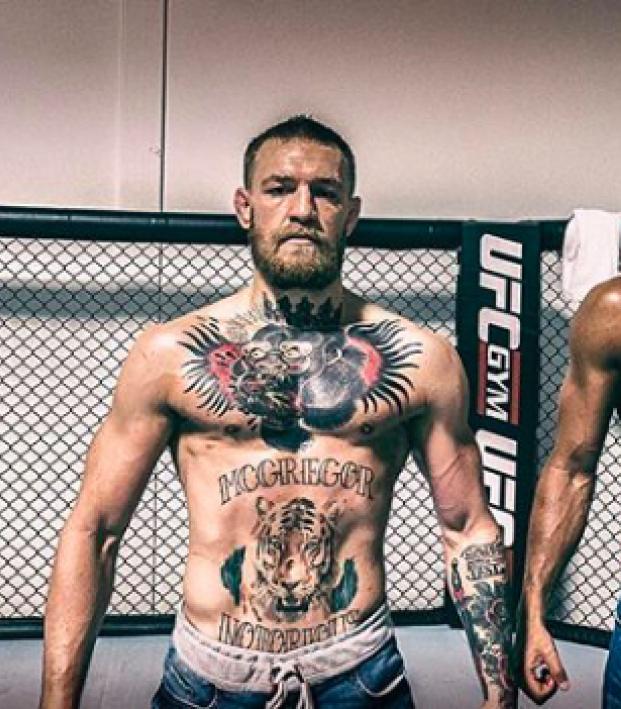 Conor McGregor Says Zlatan Is Trying To Be Like Him, Not The Other Way Around

Connor Fleming March 19, 2019
McGregor recently spoke with FIFA.com about his playing days, his love for Man United and how Zlatan isn't on his level.

As soon as he puts his recent legal troubles behind him, UFC legend Conor McGregor is ready to hop back into the octagon and beat the piss out of someone. In the meantime, he’s been Ireland’s representative at St. Patrick’s Day festivities across the United States, and it also seems like he’s been watching a lot of Manchester United.

Someone was jacked up. @TheNotoriousMMA | #NHLBruins pic.twitter.com/MtXpOju9oD

McGregor is a Red Devils supporter, like many from the Emerald Isle who enjoyed watching Irishman Roy Keane also beat the piss out of people en route to seven Premier League titles between 1994 and 2003.

“The Notorious” recently spoke with FIFA.com about his days playing soccer as a youngster, United’s resurgence under Ole Gunnar Solskjær and how old pal Cristiano Ronaldo continues to defy expectations at 34 years of age.

Great to see you bro!!

Here’s the full interview from FIFA.com:

FIFA.com: How much football did you play growing up?

Conor McGregor: Throughout my youth, I was big into football. I played striker or midfielder. If you were to sum me up as a player, I was efficient, devastating and slick – similar to my fighting style. Skills learned at this youthful age playing football – teamwork, leadership, commitment, dedication and discipline – without a doubt transferred over into my combat sports vocation.

Your former coach described you as a ‘goal machine,’ while your managers at Yellowstone Celtic and Crumlin United both said you could have made it as a pro footballer if you hadn’t have given it up to pursue MMA. Do you feel you could have?

I was more a player than a watcher back then, but Manchester United was my team. It was only the other day I came across an old picture of myself wearing that infamous grey United jersey, which I bought with my (First Holy) Communion money at 8 years of age. I see my son when I look at that photo. I’d love to know where it is now. A truly ‘Notorious’ football jersey! I was attracted to the success and winning mentality of the club and people surrounded by United. Irish legends like Denis Irwin and Roy Keane were dedicated to their craft and had that winning mentality. Roy Keane was one of the best midfielders European football has ever seen. Opponents would be mentally beaten before they’d even stepped on to the pitch to face him. Then they had the don of football at the helm, the legendary Sir Alex Ferguson. To have that much success over such a long period is remarkable and something I continue to aspire to. And he did it by nurturing youngsters into stars and not by spending and spending and spending like some of these other managers. It’s been great to see Sir Alex getting back to full health and continuing to be at the United games. What passion! I wish him and his family all the best.

What do you think of the job United’s current manager, Ole Gunnar Solskjær, has done since he took charge?

Ole Gunnar is a special man! I think he’s done an incredible job with United. They have to give him the job permanently. You can feel the pride and passion he has for the club and its history, and see the players honored to wear the Red Devils crest under him. He’s really got the players performing. I think the same as a proud Irish man representing my home country of Ireland. Ole’s at the wheel, tell me how good does it feel!

Which United players have impressed you since Solskjær took charge?

Paul Pogba and Marcus Rashford have been particularly outstanding under him. They are young, confident and fearless athletes who believe in their abilities. Look at how Rashford, at 21 years old and having never taken a penalty, after a long delay and with the weight of the world on his shoulders, stepped up and scored against PSG. What a night. Keep going, men!

Juventus also pulled off a breathtaking comeback in the UEFA Champions League’s Round of 16, inspired by Cristiano Ronaldo, with whom you had a much-publicized meeting in 2016. What do you make of Ronaldo since he’s gone to Juve?

Cristiano is a phenomenal athlete, person and entrepreneur. His all-around discipline, perfectionist attitude and dedication to his craft is inspiring and has inspired so many young children to play football. Just look what he did recenty in the Champions League, at 34 years young, a hat trick under the lights when the pressure was on for all the marbles. And against Atletico Madrid, one of the best defensive sides in Europe. That is inspiring! We are both disciplined athletes at the top of our game.

I respect Zlatan and his positive-winning-mentality mindset, but let’s get this straight: There is only one Conor McGregor! Zlatan Ibrahimovic is trying to be the Conor McGregor of football — good luck to him. Zlatan and Paul Pogba are welcome to come and train with me whenever they like.