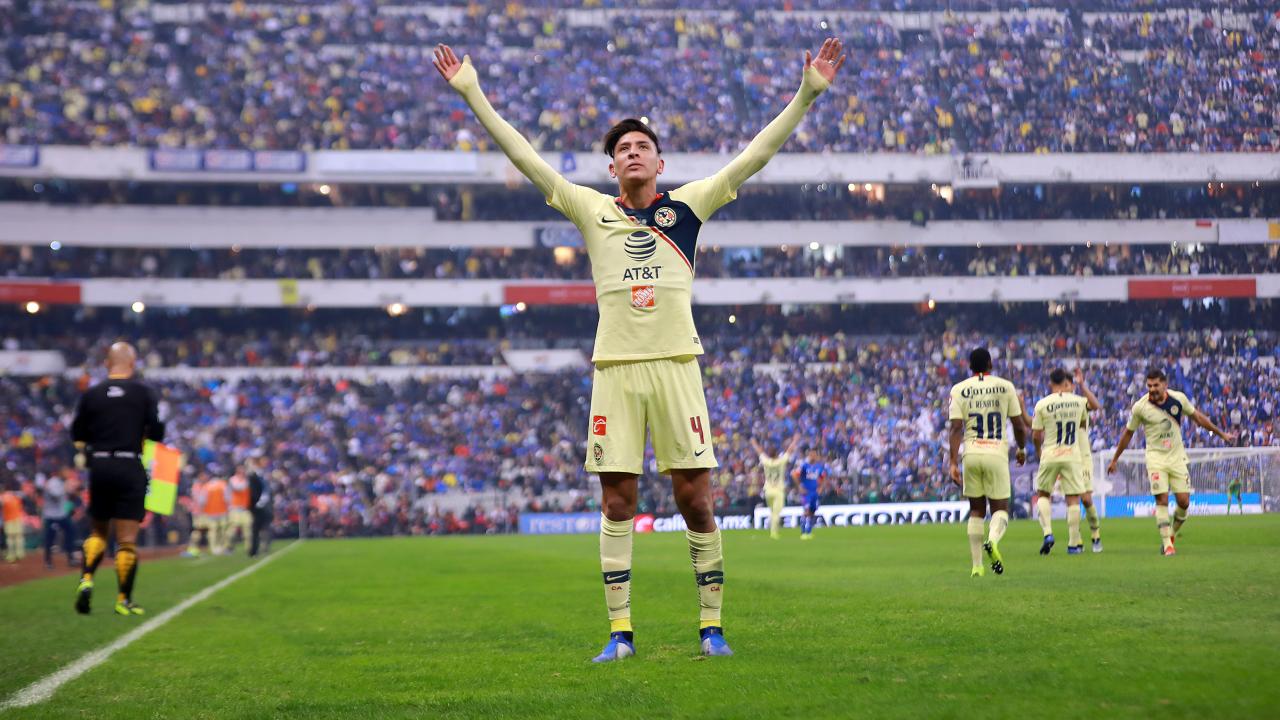 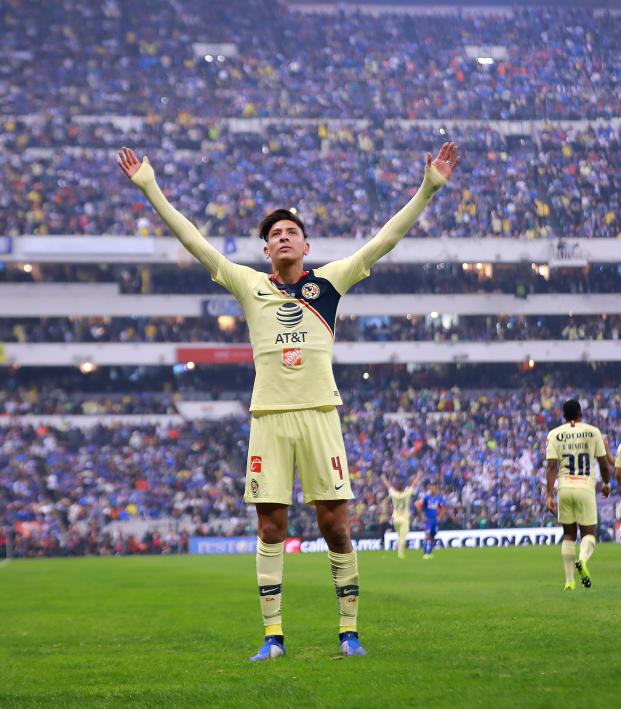 Connor Fleming December 16, 2018
Álvarez scored a brace to lead América to a 2-0 win over Cruz Azul in the Apertura final.

The Cruz Azul curse continues. After being repelled by a combination of Club América goalkeeper Agustín Marchesín and the crossbar in the first leg, a poor piece of attempting to play out the back ultimately doomed Cruz Azul in the second — the ever impressive Edson Álvarez punished the slack play with a curling effort from the top of the box, and then the El Tri star registered a second at the death to confirm América’s 13th title.

Cruz Azul failed to land a shot on target throughout the 90 minutes.

The first half was a dire affair with zero shots for Cruz Azul and only one on target from América. We saw three yellow cards, including a humorous one for Martin Cauteruccio, and Cruz Azul’s physiotherapist was sent off after taking exception to a foul that was drawn by Diego Lainez.

The latest reports say that this could be the 18-year-old Mexican wonder kid’s final match with América (Ajax is the rumored destination), but it was El Tri’s other young jewel, the 21-year-old Álvarez, who provided the moment of magic to decide the match in the 51st minute.

A dribble and shot from Lainez resulted in a goal kick for Cruz Azul, and Jose Corona played it quickly to Ivan Marcone. Marcone’s first touch failed him, and he was quickly closed down and muscled off the ball by Oribe Peralta. Peralta then fed Álvarez, and his finish was sublime.

Corona got a bit of redemption when denying Renato Ibarra from close range, but the damage had been done.

Cruz Azul got desperate, and the desperation was best personified by substitute Jerry Flores, who rushed out onto the field to retrieve the ball for his teammates and was duly sent off.

Cruz Azul’s need to push bodies forward was punished at the death by another Alvarez finish.

The title is América first since the 2014 Apertura, and it’s a massive one — the club has now captured the title 13 times, one more than eternal rivals Guadalajara. Cruz Azul's quest for a title will enter its 22nd year in 2019.