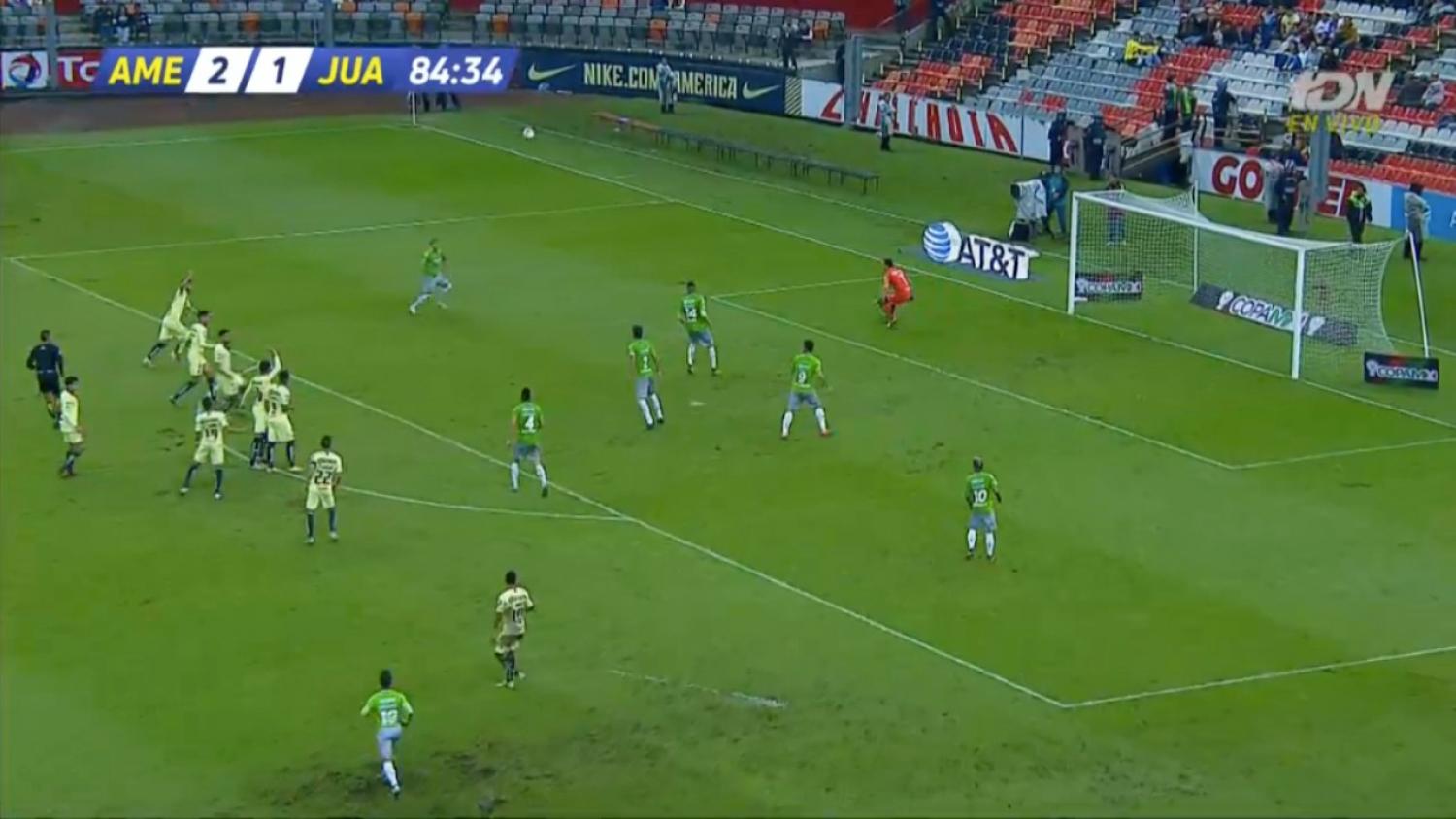 Ascension MX side FC Juárez shocked América in the Round of 16 after a late offside trap went horribly wrong.
Streamable

After finishing Apertura Copa MX group play with a record of three wins, one draw and a +8 goal difference, Club América grabbed the No. 1 seed in the knockout bracket, setting up a clash with No. 16 seed FC Juárez, which advanced to the knockout stage by the skin of its teeth as the seventh-best second-place finisher.

With América flying high in Liga MX play and hosting the second division side at Estadio Azteca, this had all the makings of a routine victory for Las Águilas. And although Juárez took the lead in the 17th minute via a Rodrigo Prieto penalty, América had stormed back into the ascendancy by the 55th through Cecilio Dominguez and Bruno Valdez.

And so with only five minutes remaining in the match, it looked as though América had clinched a quarterfinal matchup with Cruz Azul . . . they only had to defend this set piece.

It’s the perfect time to cue up a gobsmacking offside trap, right?

Hitting that back post runner is brilliant. Kudos to Juárez and manager Gabriel Caballero for anticipating the tactic from América.

With the scores level at 2-2 after 90 minutes, the match went straight to penalties. Juárez then completed the shock upset by hitting nine of 10 penalties while Carlos Vargas and Renato Ibarra missed for América.