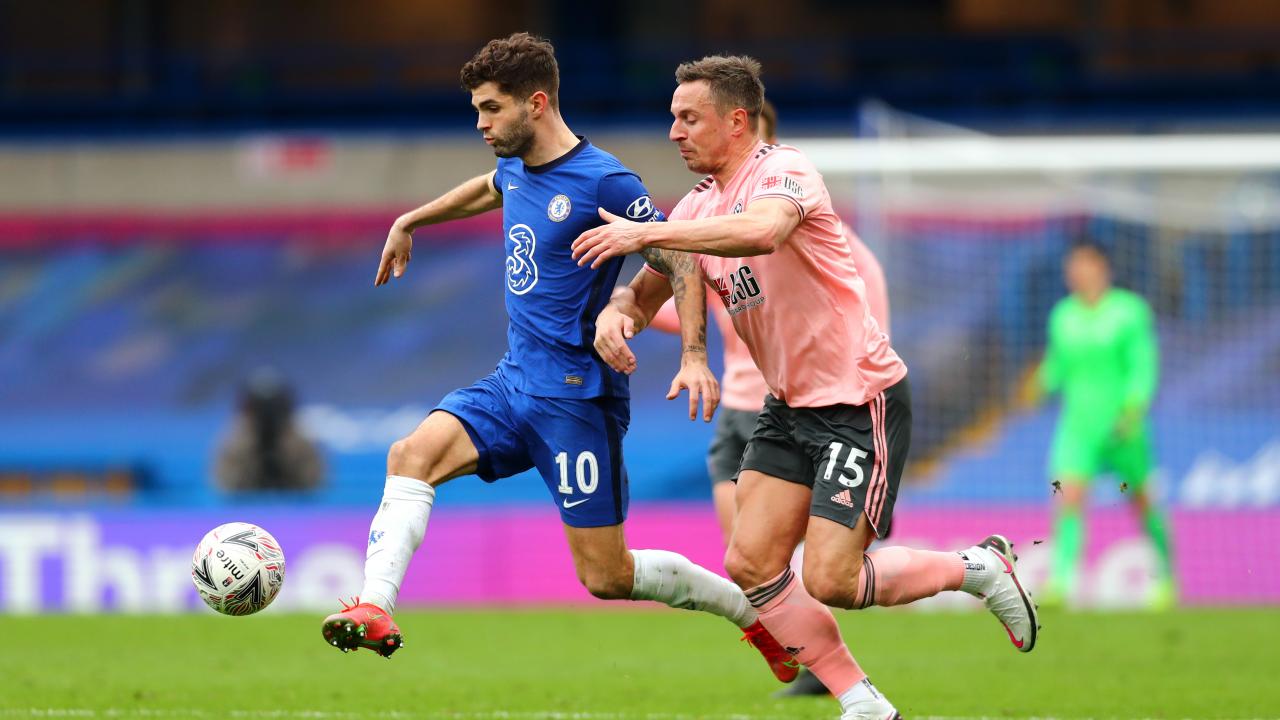 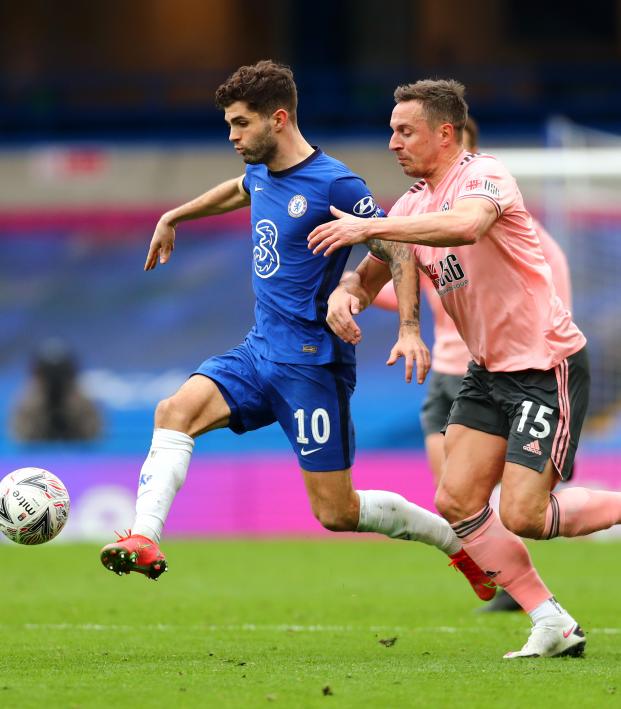 Chelsea advanced to the semifinals of the FA Cup with a narrow 2-0 win over Sheffield United at Stamford Bridge on Sunday. An Oliver Norwood own goal opened the scoring for the Blues, but the Blades came close to equalizing on a number of occasions before Hakim Ziyech’s insurance strike in second half stoppage time put Thomas Tuchel’s side through.

Following a corner kick, it was Ben Chilwell’s hopeful hit back into the area that forced Norwood to turn it beyond Aaron Ramsdale.

From there, it was an impressive showing from Christian Pulisic, who returned to the starting lineup after coming off the bench against Atlético Madrid on Wednesday.

The 22-year-old attempted more shots than anyone else (four), completed more dribbles (six) and provided one key pass. It was an exciting performance, perhaps best illustrated by this elástico that laid waste to three Sheffield United defenders. Billy Gilmour was loving it.

The Blades were whistled for 14 fouls (zero yellow cards) with the majority of them landing on the American.

Pulisic would last 82 minutes before making way for N'Golo Kanté. 10 minutes later, Ziyech put the game to bed with a lovely touch and finish off Chilwell’s feed.

Both Chelsea and the BBC named Pulisic Man of the Match.

Right then Blues, who was your MOTM from #CHESHU?

“They didn’t make it easy on us,” Pulisic said after the game. “We knew they had quality, and we had to suffer a bit in the second half. But yeah, it’s a clean sheet, a good performance. We knew it was going to be a bit uncomfortable. Sometimes, you know, there’s going to be a bit of pressure and we just have to defend and be strong as a team and I think we did that today, so in the end, I was happy.

“They’re a good defensive side as well. We had a couple of chance where we could have done a bit better, but in the end we got the two goals, and that’s a good result. We definitely have a confident bunch of guys. Obviously when you go on a streak like this, we’re feeling really good, we feel like we can beat anyone, so that’s a good feeling.”

Chelsea joins Manchester City and Southampton in the semis, where they’ll be joined by the winner of Manchester United vs. Leicester City.