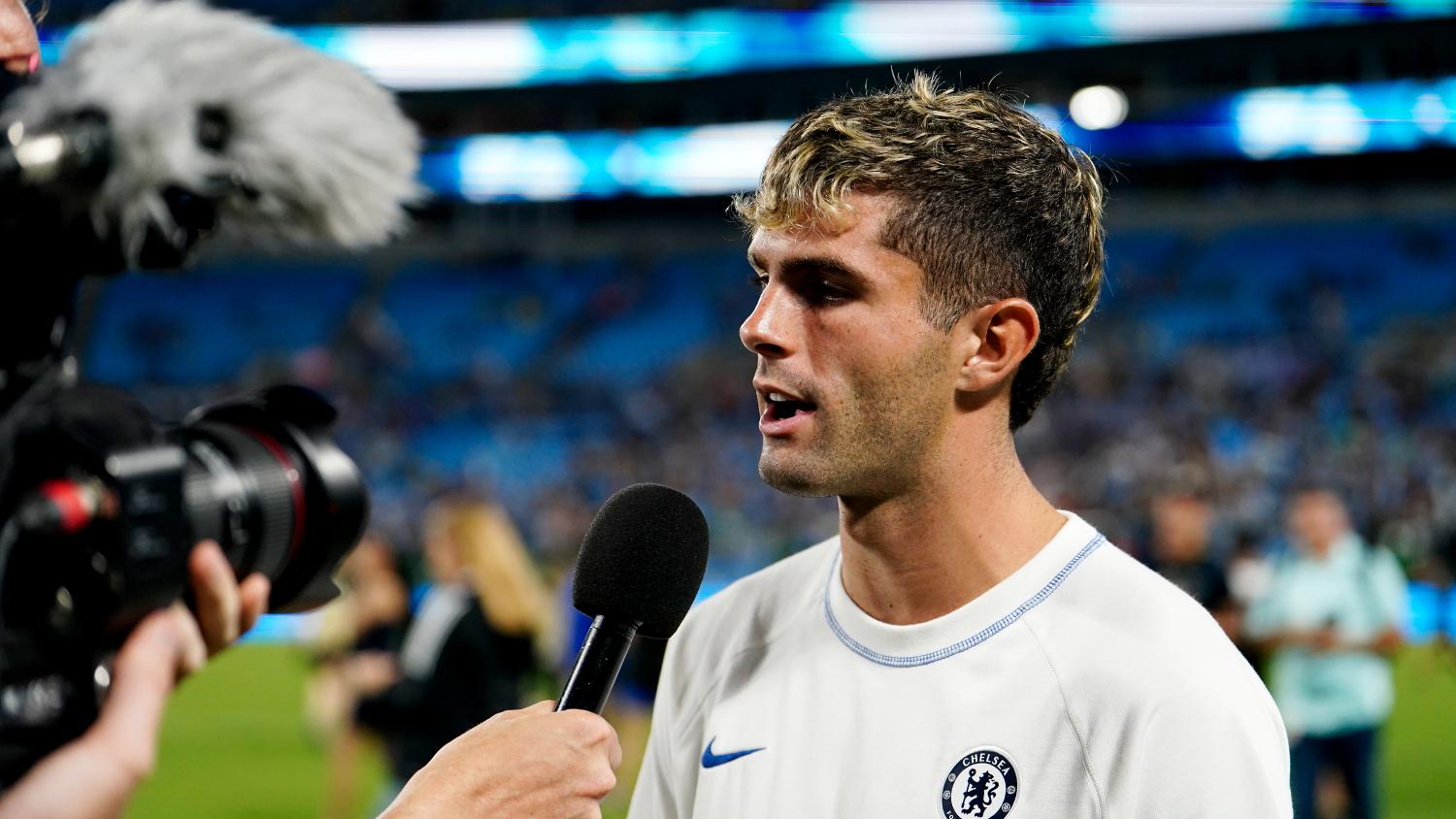 A host of clubs are interested, but which one suits Christian best?
Getty Images

After two games played in the Premier League season, Christian Pulisic has managed to play 33 minutes. There has been speculation Chelsea boss Thomas Tuchel doesn’t trust the young American, and with a World Cup just months away, game time will be important. Many clubs have been linked with Pulisic, but finding the right fit is easier said than done.

When Christian Pulisic moved from Borussia Dortmund to Chelsea, it was groundbreaking. An American would be playing at one of the biggest clubs in England, and he would be one of the key focal points of its attack. Unfortunately for Pulisic, and American fans everywhere, this never really reached fruition.

Per @AndyMitten, Manchester United are interested in Christian Pulisic who is frustrated about a lack of minutes at Chelsea. His #CFC deal expires in 2024. https://t.co/tBfX2k1CdW

Limited minutes have been the Achilles heel of his time in London as he failed to hit double digits in goals during each of his three campaigns. However, his 0.68 goals and assists per 90 in his debut season showed just how high his ceiling is. Last season he finished with 0.56 goals and assists per 90, but with almost 500 fewer minutes played. He's clearly able to contribute at a high level, he just needs to find a place to do it. Enter, the transfer window.

Newcastle United face competition from Atletico Madrid, AC Milan and Juventus in their efforts to sign Christian Pulisic from Chelsea.

Chelsea are willing to listen to loan offers and are aware of interest from Newcastle, with whom they enjoy a close relationship, per DailyMail. pic.twitter.com/kCtiqQCqhr

Rumors have been circulating for days now surrounding a potential move to a host of clubs. But while Newcastle United, Atlético Madrid, AC Milan and Juventus have remained rumors, it appears Manchester United is genuinely interested. A loan move looks the most likely option with Pulisic reportedly “up for it,” according to The Athletic.

Exclusive. Manchester United want Christian Pulisic on loan. Player up for it. For ⁦@TheAthleticUK⁩ https://t.co/nXzbfUp12T

But is this move a good idea for Pulisic? Suggesting Pulisic could start ahead of Cristiano Ronaldo, Jadon Sancho or Marcus Rashford seems a bit of wishful thinking. However, when looking at the stats, he might just have a case to start ahead of the latter pair at least.

Last season, in goals and assists per 90, Pulisic (0.56) actually ranked above both Rashford (0.44) and Sancho (0.28). In expected goals and assists per 90, the gap remains as Pulisic’s 0.44 again stands above the English pairing with Sancho’s 0.36 and Rashford’s 0.32. Does this mean Pulisic is absolutely better than both Sancho and Rashford? No, but it definitely is an indication Pulisic would not be as out of place in Manchester as many might assume.

If the deal falls through, however, as many other Manchester United deals have recently, there are still options for Pulisic. The aforementioned Newcastle move also seems to be on the cards, and, if it was completed, he’d walk straight into a starting spot, according to Sebastian Salazar.

Would Newcastle be a good landing spot for Pulisic? pic.twitter.com/JnRGC16Nn9

With the other clubs, a move outside of England would make Pulisic have to adapt to a new environment and playstyle, something the American should be wary of when feel and form are so crucial for the trip to Qatar this fall. If he were to move away from Stamford Bridge for this year, his best bet would be either Newcastle or Manchester United.