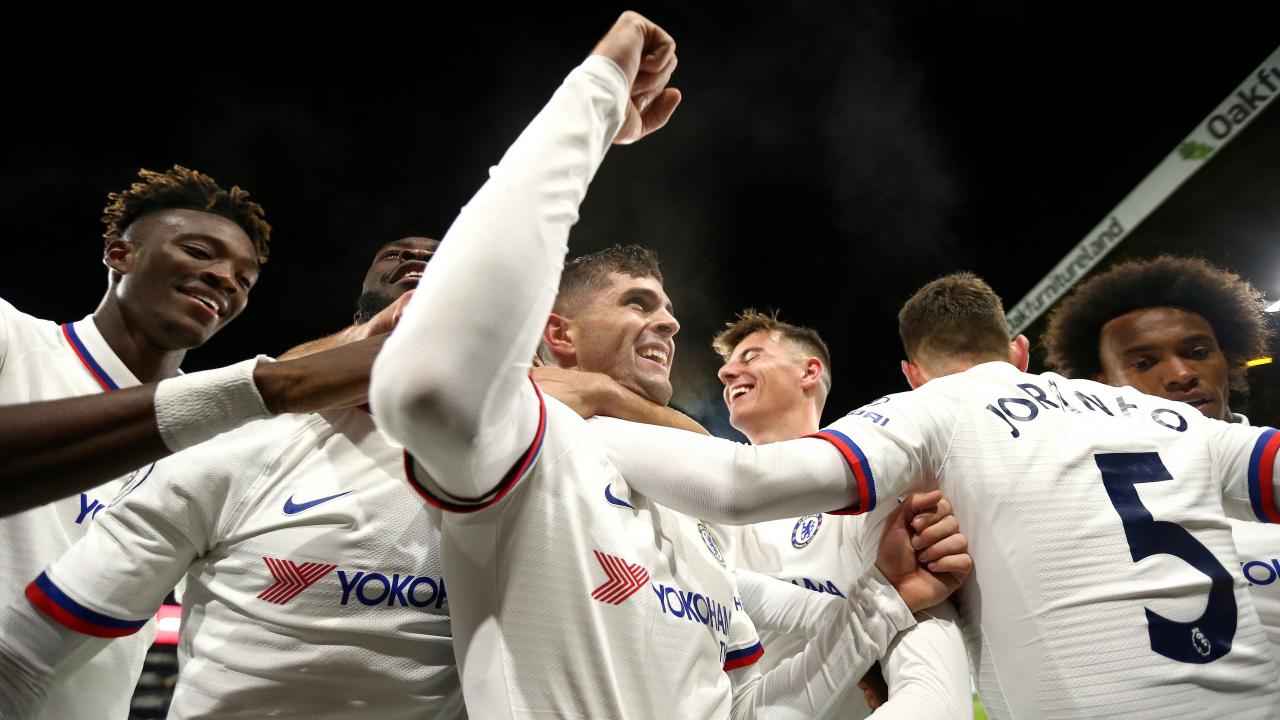 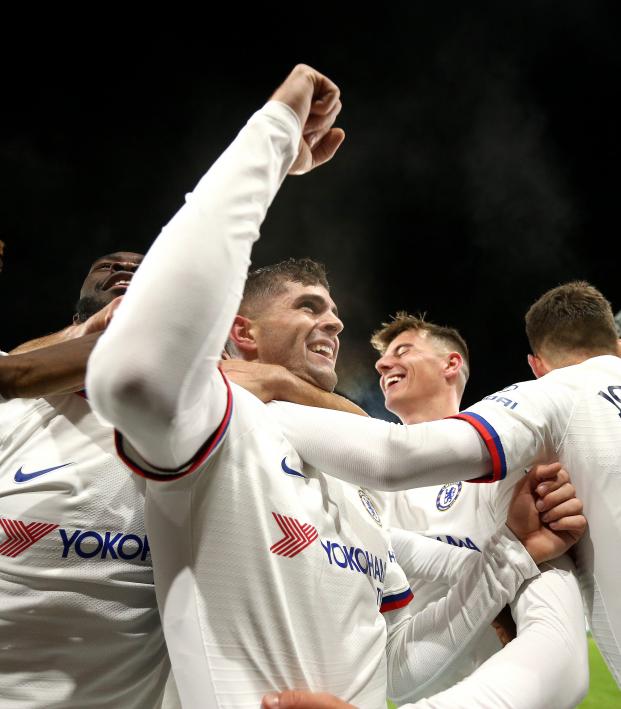 An hour into Christian Pulisic’s first Premier League start since August, Chelsea fans in the away end at Turf Moor were chanting “USA! USA! USA!” That’s what happens when you become the second American to score an EPL hat trick.

Christian Pulisic jumped from off the list of most Premier League goals by an American to eighth all time in less than 60 minutes with a perfect hat trick against Burnley on Saturday. Pulisic scored goals with his left and right feet in the first half and added a third with his head in the second to spark Chelsea to an easy road win, 4-2.

The only prior Premier League hat trick by an American came from Clint Dempsey, the Texan who retired as the USMNT’s all-time leading goal scorer (tied with Landon Donovan, who had two EPL goals, 55 fewer than Dempsey).

2 - Christian Pulisic is only the second American player to score a @premierleague hat-trick, after Clint Dempsey for Fulham against Newcastle in January 2012. Pie. #BURCHE

Pulisic scored his first career Premier League goal in the 21st minute, doing all the work himself stealing the ball near midfield and dribbling into the box to take his left-footed shot.

In the 45th minute, Pulisic again found space to dribble at the Burnley defense and netted a second goal, this with his right foot (and the help of a deflection).

On a hat trick, Pulisic secured all three points for the Blues with a well-placed headed goal off a recycled corner kick.

(We’re going to ignore the fact Pulisic was fouled in the build-up to Burnley’s first of two late goals, a rocket from Jay Rodriguez, which if we’re being honest was a better shot than any of Pulisic’s finishes.)

With the Pulisic hat trick, the 21-year-old became the youngest Chelsea player to score three goals and moved past Donovan and equal to DaMarcus Beasley for most Premier League goals by an American. Only Preki, Claudio Reyna, Carlos Bocanegra, Joe-Max Moore, Roy Wegerle, Brian McBride and Dempsey have more EPL goals than Pulisic now, and the boy from Hershey has played just seven matches.

The American’s only start since August was in an EFL Cup match, but he had set up two goals in two substitute appearances in the week prior to Saturday’s match against Burnley. Hopefully that will convince Frank Lampard he needs to keep Pulisic in his starting lineup.

And the Pulisic hat trick can mean only one thing: The USMNT is going to win the 2022 World Cup.