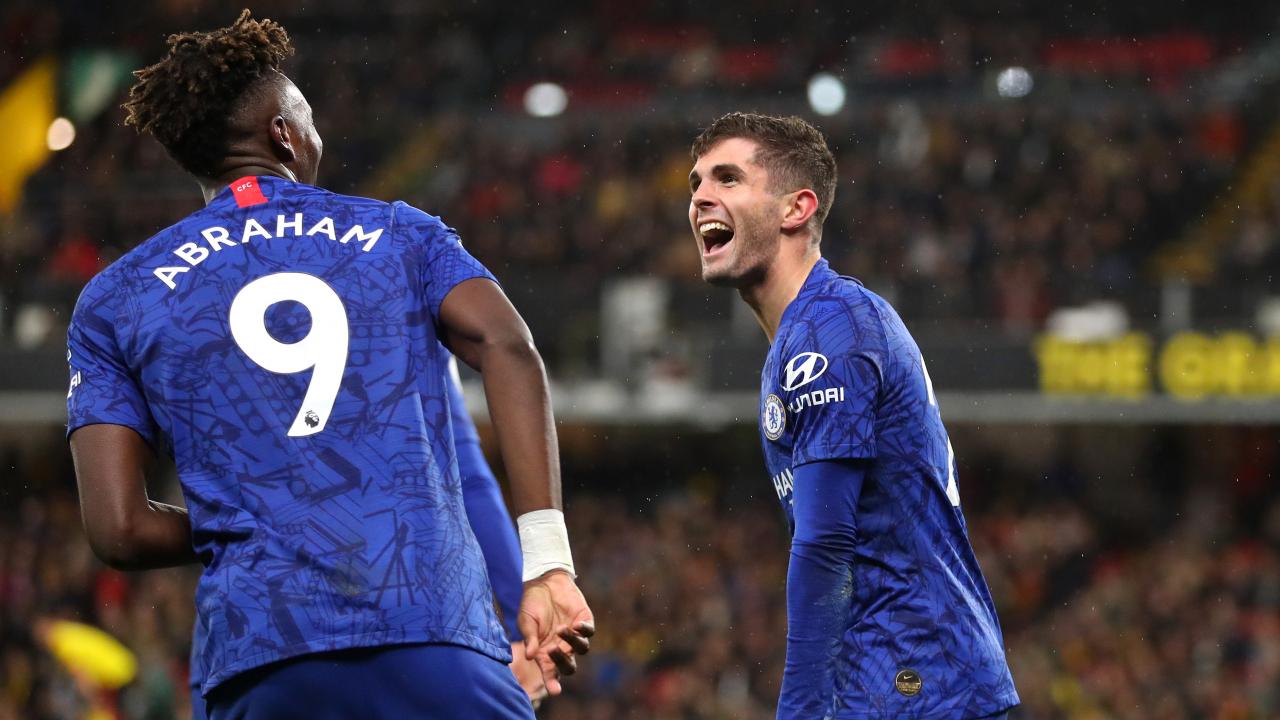 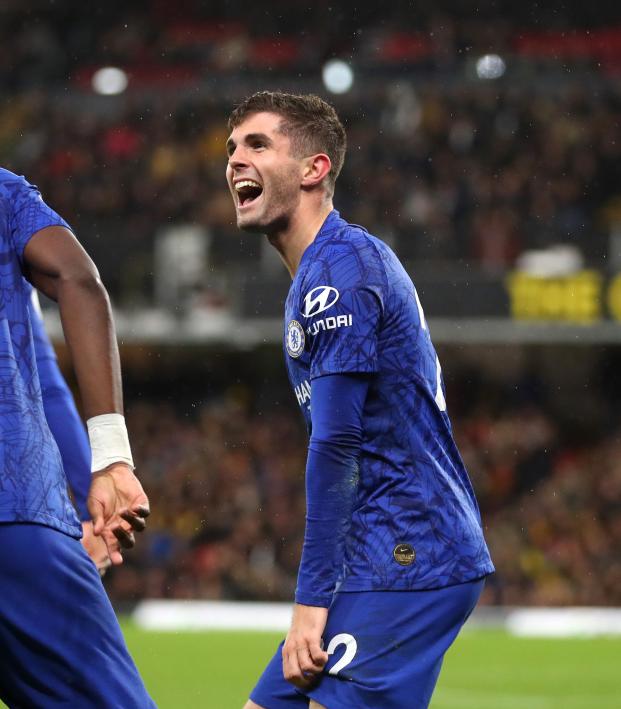 Denied By Absurd Save In First Half, Christian Pulisic Hits Unsavable Shot In Second Half

Christian Pulisic finally opened his Premier League account last week with a perfect hat trick against Burnley in his seventh league appearance with Chelsea. He couldn’t wait to add to it on Saturday.

After being denied by a ridiculous save in the first half, Pulisic made no mistake in the second, netting the winner in Chelsea’s 2-1 win over Watford at Vicarage Road.

Pulisic now has four goals in eight Premier League appearances. The 21-year-old winger now only trails six other Americans for most goals in the league.

Pulisic nearly headed in a first-half goal against Watford but for the fingertips of Foster, who did just enough to deny the American and create doubts it would be Pulisic’s day.

But at least Pulisic wasn’t the only youngster denied by old-man Foster. The 36-year-old kept Mason Mount, 20, from a great solo goal in the 43rd minute.

No one was going to save Pulisic’s shot 10 minutes into the second half.

Tammy Abraham, who scored the opener, found himself in a good position on the right side of the Watford box, but with few options ahead of him. Pulisic, fortunately, made a darting run in between four yellow jerseys. Abraham spotted the American and the two linked up perfectly, with Pulisic providing a clinical finish, leaving Foster no chance.

The greatest 3-yard goal ever scored, if you ask us.

Abraham had his footprints all over the match. As mentioned, the 22-year-old striker had a goal, taking advantage of a visionary pass from Jorginho to breach Watford just five minutes into the match.

That ball from Jorghino. That finish from Tammy. Chelsea fans. You are now pregnant

Watford pulled one back in the 80th minute when Gerard Deulofeu drew a penalty kick. The Spaniard was kicked in the box and while the referee didn’t see a penalty, VAR did.

Watford have been awarded a penalty, agree? pic.twitter.com/dibV8xUnHW

NBCSN announcers complained about the call, but there was clearly a kick. While it was soft, the ire over the call should be reserved for the disparity with which VAR decisions are made in England, with refs refusing to go to the replay screen themselves to have a look. Either way, Deulofeu made it 2-1 in the 80th minute.

Sadly, Pulisic was pulled from the match soon after the equalizer and couldn’t help Chelsea add to its lead and the match finished 2-1. But not before Foster nearly headed in a late equalizer.