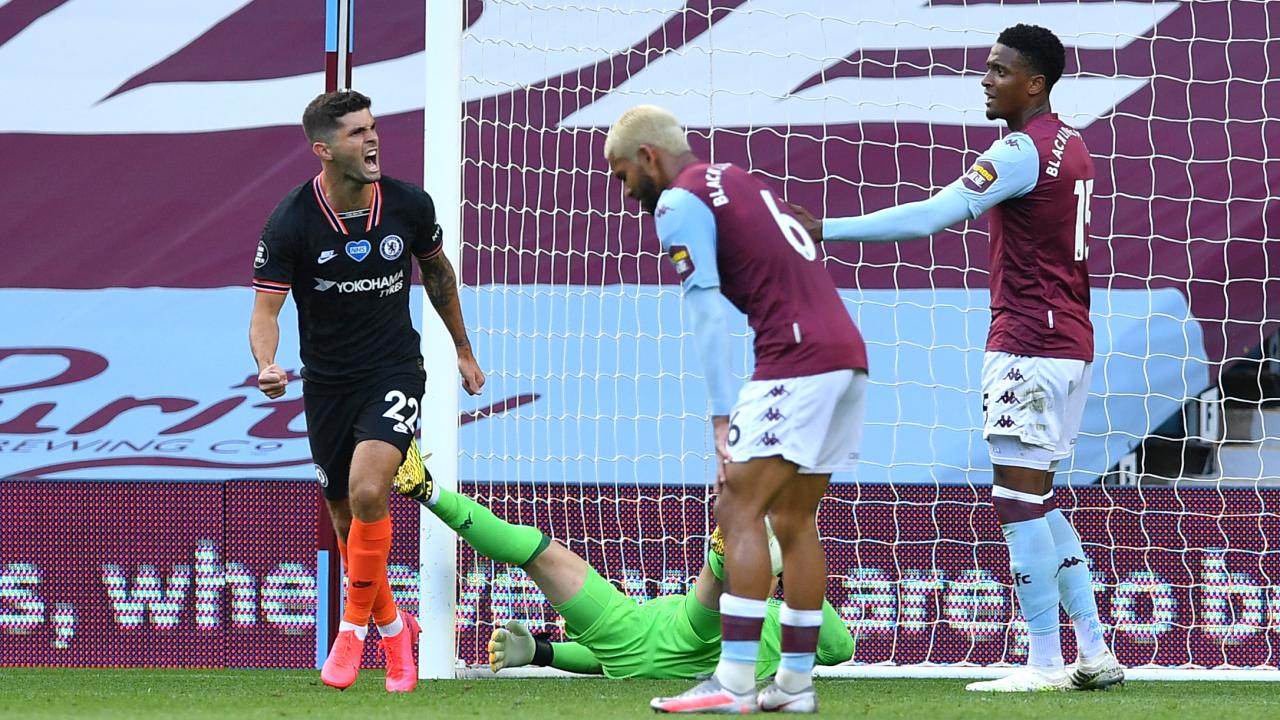 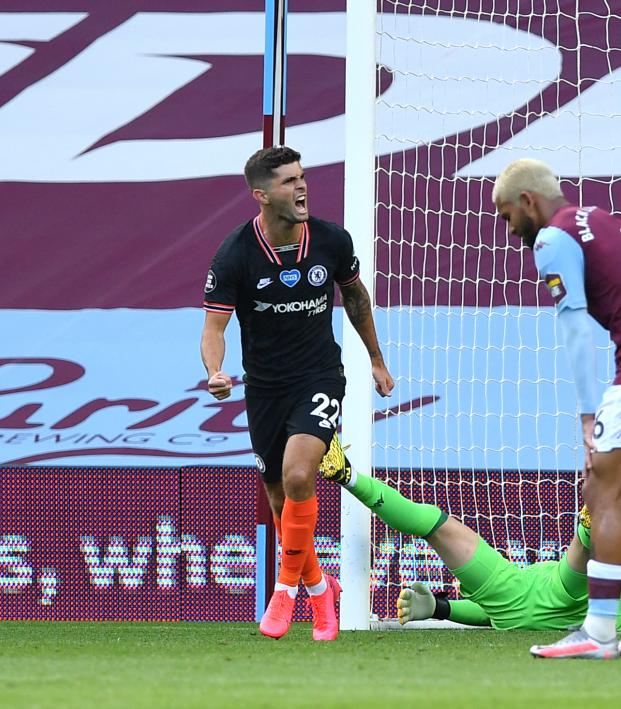 Trailing Aston Villa 1-0 with just over half an hour remaining, Chelsea manager Frank Lampard turned to Christian Pulisic off the bench and the American responded by scoring the equalizer just five minutes later.

Although Chelsea dominated possession in the first half, it was Villa center back Kortney Hause who opened the scoring in the 43rd minute following a cross from Douglas Luiz.

A massive three points beckoned for the relegation-threatened side, but Pulisic’s introduction — his first Premier League minutes since tearing an abductor muscle back in January — signaled the beginning of a rapid turnaround for the Blues.

On the hour mark, Cesar Azpilicueta’s shapely cross eluded everyone in the goalmouth, but Pulisic arrived at the back post to stab home an effort off the underside of the crossbar.

The 21-year-old American now has six goals and two assists in his first 17 Premier League appearances.

Back in the groove! @ChelseaFC score a pair to take the lead. #MyPLSummer pic.twitter.com/0sYUQPi8WY

The match would finish 2-1 with the win keeping Chelsea firmly in fourth, five points ahead of Manchester United. Villa remains mired in 19th with only eight games remaining.