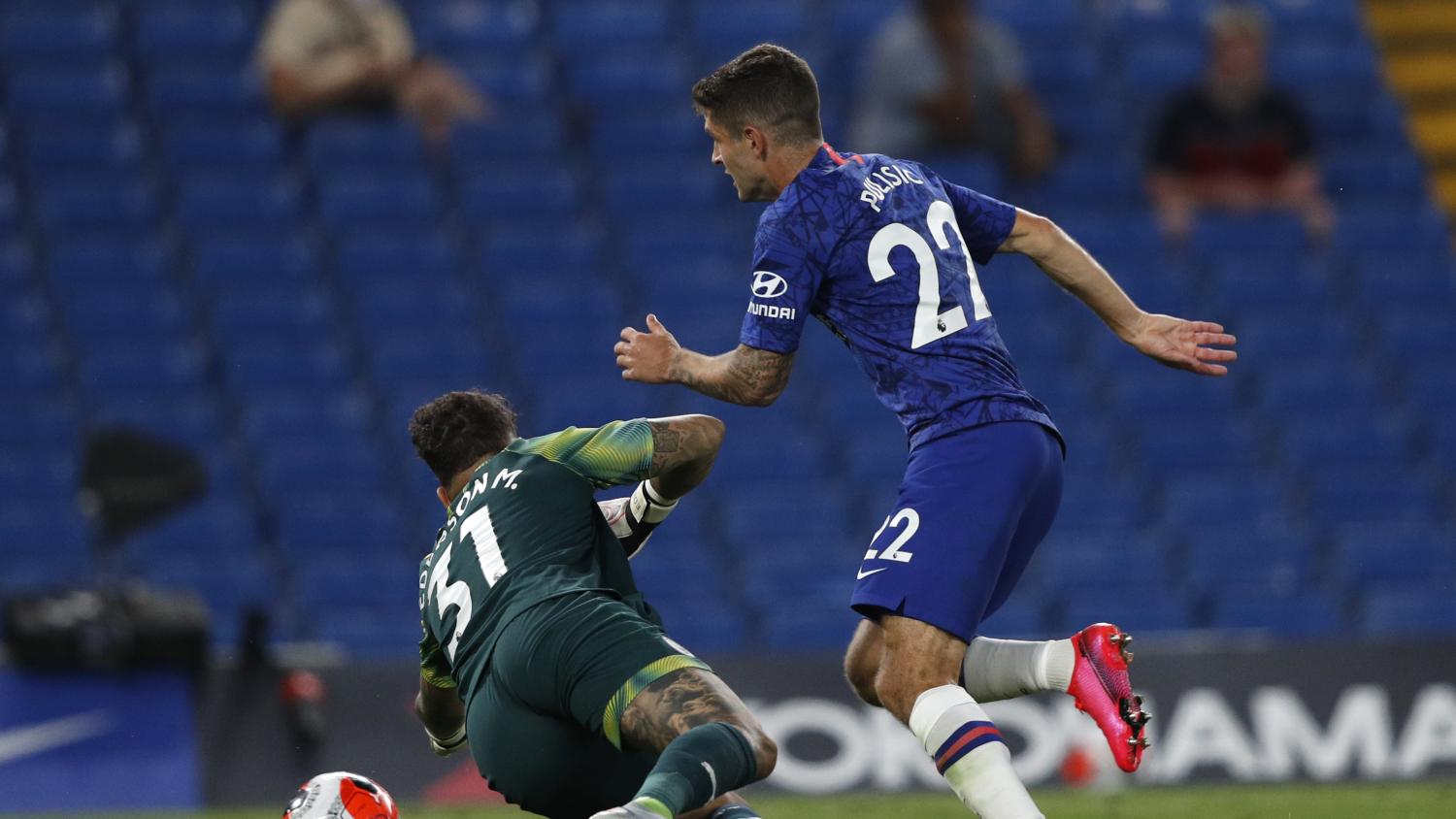 Christian Pulisic has won the Premier League title — for Liverpool.

The American winger’s 36th-minute golazo combined with a second-half penalty kick by Willian were enough for Chelsea to defeat Manchester City 2-1, handing the 2020 Premier League trophy to Liverpool.

Defending champion Manchester City had a chance to keep the title race going with a win on Thursday, but a second-half red card to Fernandinho ended hopes of a comeback despite a brilliant free kick goal from Kevin de Bruyne.

Liverpool claimed its first title since 1990 and its first-ever championship in the Premier League, doing so earlier than any other club (in terms of matches played). Since the Reds’ last domestic title they won two Champions League crowns.

Pulisic opened the scoring when Benjamin Mendy made a silly mistake, allowing the American to counter all on his lonesome. Mendy caught up to Pulisic briefly, but the Chelsea star blew past him with ease to make it 1-0.

The goal proved to be all Chelsea needed to prevent City from winning.

De Bruyne managed to briefly pull City even in the 55th minute with this sparkling free kick.

It looked like Pulisic had doubled his tally and restored Chelsea’s lead in the 71st minute. Though he rounded the keeper, his shot was just slow enough to allow Kyle Walker to make an impressive last-ditch goal-line clearance.

City looked to have saved its hide again on the goal line not long later. However, VAR ruled Fernandinho used his arm to stop the ball, resulting in a red card and a penalty kick.

...but it ends in a handball and a red card... #MyPLSummer pic.twitter.com/oADMJqBk4M

Willian, who might relinquish his No. 10 jersey to Pulisic next season, drilled home the spot kick to give Chelsea a 2-1 lead it would not relinquish.

We've got Liverpool fans from across America dialed up in a group chat watching this match.

Pulisic played 90 minutes before being subbed off in stoppage time in his first league start since Jan. 1. We’re sure he felt good about handing his former Borussia Dortmund coach, Jurgen Klopp, the title with Liverpool. And, yes, we’re giving Pulisic all the credit for Liverpool’s championship, because ’Murica.

The win also meant something for Chelsea, which pulled within one point of Leicester City in third. More importantly, the Blues stretched their lead to five points over fifth-place Manchester United and sixth-place Wolves.