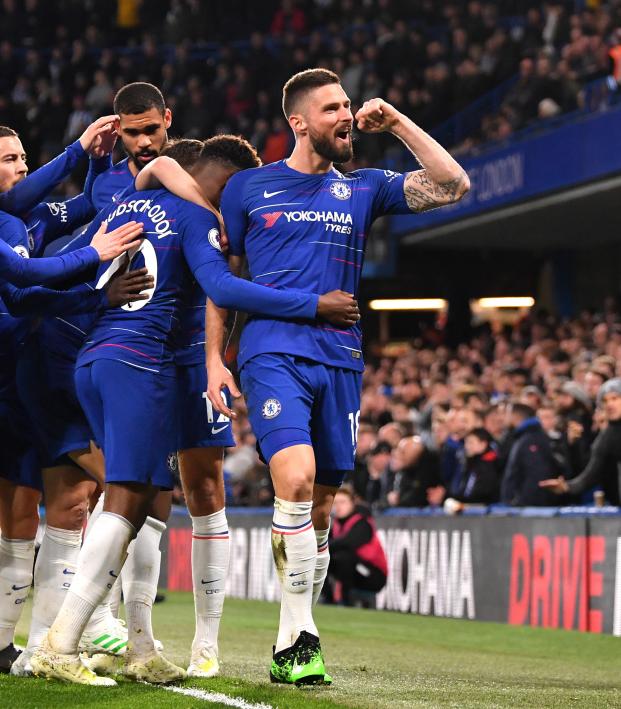 Chelsea Moves Up To Fifth With 3-0 Win Over Brighton

Chelsea thrashed Brighton & Hove Albion 3-0 on Wednesday, momentarily moving the squad up a spot in the Premier League.

The Blues were merciless to Brighton keeper Matt Ryan as three goals were scored in the right corner.

However, things turned fast for the 15th-placed English team.

First, making his first EPL start, England’s youngest star Callum Hudson-Odoi worked his way in from Brighton’s corner and gave a Olivier Giroud the chance to back-heel in the first goal of the game.

Next, Chelsea forward Eden Hazard was able to get some space in the box with a fake, giving him an easy shot again to the back right of the net.

Hazard had missed an earlier shot with no one around him most would call routine for the Belgian legend.

To seal all doubt, Ruben Loftus-Cheek had a pretty similar goal to Hazard’s, driving through the middle and although he was in a bit of traffic bashed one more goal into the right of the net.

In between Chelsea’s posts, Kepa was not really challenged the entirety of the match, registering one save as the Blues’ defense smothered any Brighton attack. This led to another heavy possession game for the defensive team, coveting and keeping the ball away from Brighton for 68 percent of the match.

The Blues now have 63 points on the season are shaping up again after a mid-season plummet.

This is looking more like the team that started the season unbeaten through late November with an 8-0-5 record.

And with Hudson-Odoi and Giroud finally entering the EPL lineup, fans could not be happier and maybe, just maybe, Maurizio Sarri’s job could be slightly safer.

Chelsea would have slid into fourth if Tottenham’s season continued its recent derailment, but Spurs managed a 2-0 victory marking their first win in six matches.

Manchester United dropping a game to Wolverhampton also proved crucial this week, as United slid down to sixth.

Spurs could potentially continue to spiral, even with a mostly relaxed schedule for the remainder of the season.

Either way, the Champions League race is heating up with about a month left to go for each team to pave its path.