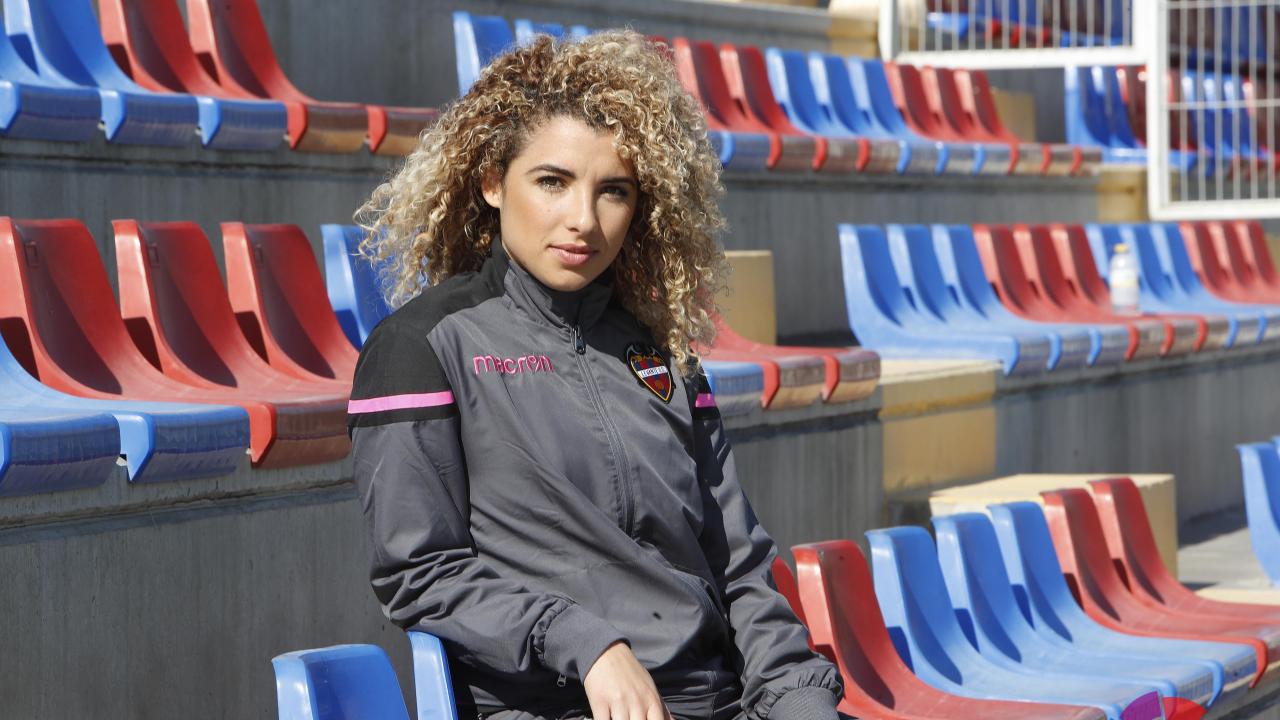 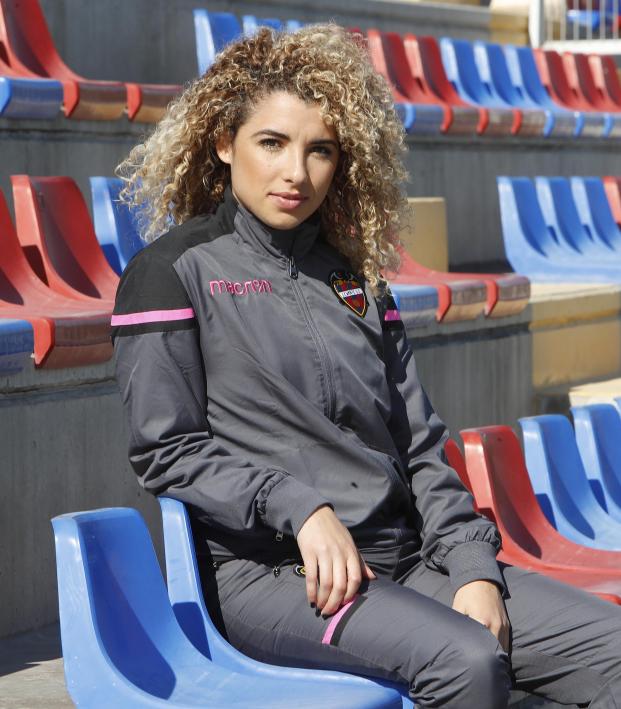 Defiant In The Face Of Injury, Chelsea Cabarcas Embodies The Spirit Of The Women’s World Cup

Connor Fleming April 4, 2018
Cabarcas could’ve called it quits after her third major knee surgery, but the World Cup is a dream she won’t give up on.

“The football I grew up playing is no longer there. Today, all players care about are their cars, their shoes with their names on, and their image. While for me, the only thing that counted was football. Nothing else.” -Miroslav Klose

Football is under attack. It’s a sentiment that, regardless of how much it resonates with you, is often expressed and passionately argued. Whatever the reason, be it the influx of money, the unsporting concentration of talent or the diminished draw of the international game, there’s cause for cynicism.

But in the midst of all the negativity, it’s probably more important than ever to extract and highlight the stories that truly connect us with the game; the stories that simply concern the indomitable spirit crafted on the pitches of our youth and the tenacious will for just one more match.

If you believe the game to be now dictated by image and off-the-pitch pursuits, 25-year-old footballer Chelsea Cabarcas would probably no longer define herself as just that: a futbolista.

As a stadium host for NYCFC, an analyst for the NWSL and with a bearing that’s led to her being represented by the State Management New York modeling agency, Cabarcas has carved out a fantastic career for herself off the pitch.

So you could forgive Cabarcas for being more interested in Instagram followers or in taking Rebecca Lowe’s position on NBCSN, rather than the ultimate goal she now harbors, one that’s been greatly complicated by the fact that she’s coming off her third major knee surgery: representing Colombia at the 2019 World Cup. 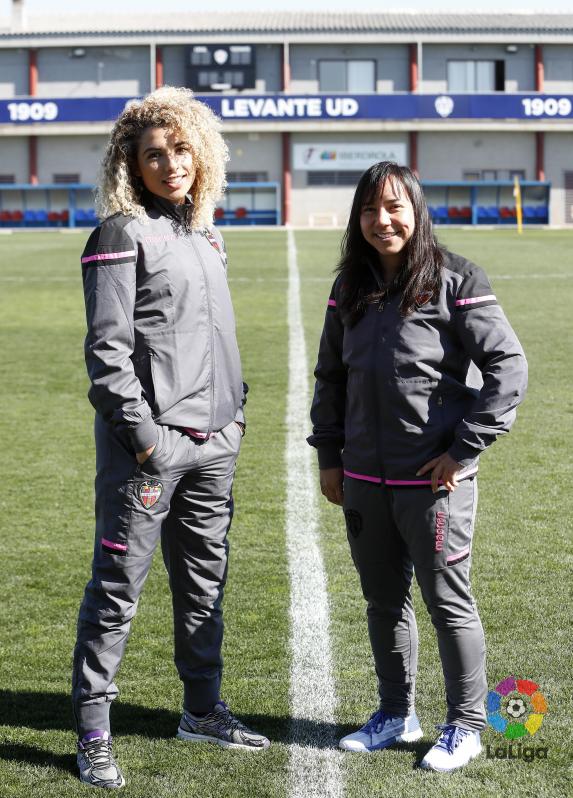 Cabarcas (left) with Mexican international Charlyn Corral (right) during her time at Levante.

Born in New York City to a Colombian father, Cabarcas began playing soccer at a young age before a chance introduction with the Colombian national team began a 10-year adventure with La Tricolor.

“It’s actually a pretty cool story,” recounts Cabarcas. “My dad decided to send me over there for shits and giggles, because my other two teammates got the offer to go overseas. They were going for the U17s and U20s. My dad was like, ‘I’m Colombian. Let’s just send her for the experience.’

“So when I got there, I was just having fun. I had played ODP my entire life up until that time, and they ended up choosing me and cutting them. Obviously with school my parents didn’t really know how to handle that. So they sent me for a couple weeks of camp before the U-17 World Cup. It was terrible.

“They would steal my shinguards. They would make my life a living hell. In Colombia they were not so open at that time. They weren’t so open to outsiders coming in. You have to think about it. In other countries they think you’re rich and that you have everything. I’m like, ‘No. I struggle, a lot actually. And I’m Spanish, just like you. I’m Colombian.’

“But no, they saw me as the white girl. That’s what they would call me, and I’m far from it. I mean look at this hair! So they would steal my shinguards and they wouldn’t pass me the ball. They would make jokes about me and stuff until I finally gained their respect.

“I have a very strong character. Once I got upset, it’s like the New York came out of me, and I flipped out. They stole my shinguards and I flipped out. And everyone was like what’s wrong with this girl. And I was like, 'I swear to God if you don’t give my f-ing shinguards I will punch all of you in the face!' But after that, and going really hard on the field, I gained their respect. And since then, now they are literally like my sisters.” 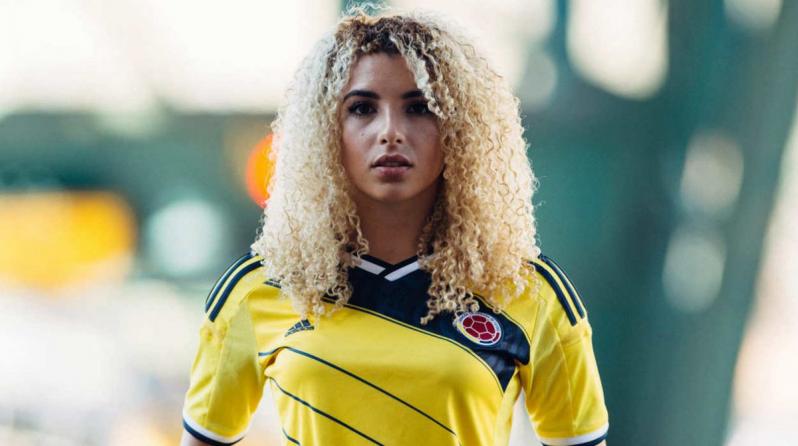 For Cabarcas, the dream of playing at a World Cup should’ve been first realized in 2015. After beginning her college career at Stetson University, she transferred to Iona in 2011 and became a key player for the Gaels over the course of her sophomore and junior seasons.

However, that’s when she suffered her first major setback on the pitch in the form of a devastating ACL/MCL knee injury that threatened to end her soccer career entirely.

“My first injury was ACL, MCL and all my ligaments. It kind of complicated things because I was supposed to go pro right out of college. I was rushing to get back for the (2015) World Cup and the national team, but unfortunately I didn’t recover well.

“My rehab wasn’t done correctly because college is very different. I played with it. I went overseas and played with the national team. I always noticed my knee was kind of loose. I kept complaining about it, but me being me and playing at a high level, I just figured it was mental.

“I kept pushing myself and pushing myself and I wasn’t getting my speed back. I wasn’t getting anything back. I got back with the national team and started a couple scrimmages, but I was cut before the 2016 Olympics just because of my speed. But I did get an offer in Colombia to go professional and that’s when they found out that my surgery didn’t go well and I wasn’t recovering well and my knee was pretty much blown out. So they had to operate again.” 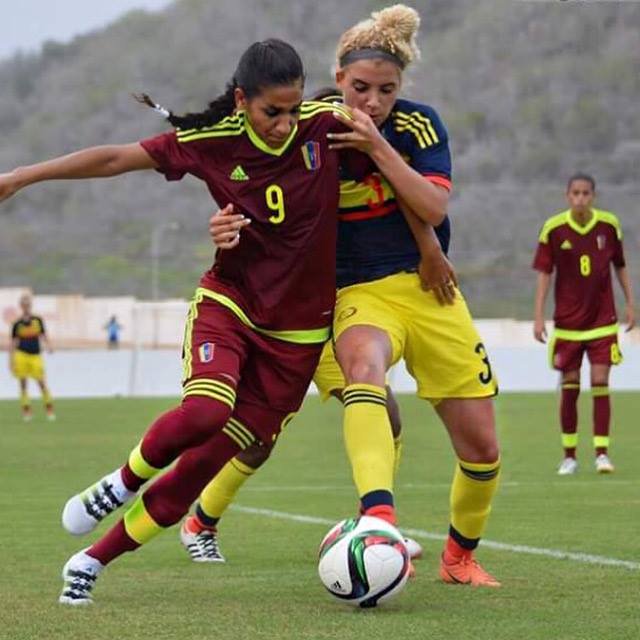 Cabarcas in action for Colombia vs. Venezuela. Photo: @opanoticias | Twitter

After what amounted to two years of intense rehabilitation, Cabarcas was again forced under the knife.

“So we weighed my options with different surgeons and we ended up going back with my surgeon really because he was the surgeon for the Olympic basketball team in the U.S. He was like, ‘Listen, you didn’t really rehab well. Something is up. We are just going to go in there, it’s going to be quick, we’re gonna tighten up the ligament, it’s a little loose, and you’ll be out two months and that’s it.’

“Once I went into surgery they realized it was way worse than what they thought. They ended up operating both legs while taking a tendon out of my right leg. A 45-minute surgery ended up being five hours. I woke up and had both legs chopped. I freaked out.”

However, it was at that moment that Cabarcas also decided that the 2019 World Cup in France was her ultimate goal. Seven months after that surgery, she continued her rehabilitation with Spanish club Levante in the Primera Division.

“Recovery has been a very long process. Right now, I’m in the last phase. My agent was like, ‘Listen, you need to go overseas just to go play. You need to play, play, play. And someone needs to treat your knees while you play.’

“I’ve been working out all these months and I’ve been very diligent with my rehab and stuff like that. But because the surgery was way more complicated than they expected, they said it would be exactly a year before I could touch a ball again, and I came back in seven months.

“So they were like, ‘We need to send you somewhere where the know about your injury and they know how to treat your knees, but at the same time you’re gaining experience and playing with a team again.’ My agent reached out to a few teams in Spain. He said Europe was the best bet for me. In the U.S., they are very physical, not as technical. It’s a fast pace. I would have gotten injured again.

“They said Spain is the best best, and that’s how I ended up with Levante.” 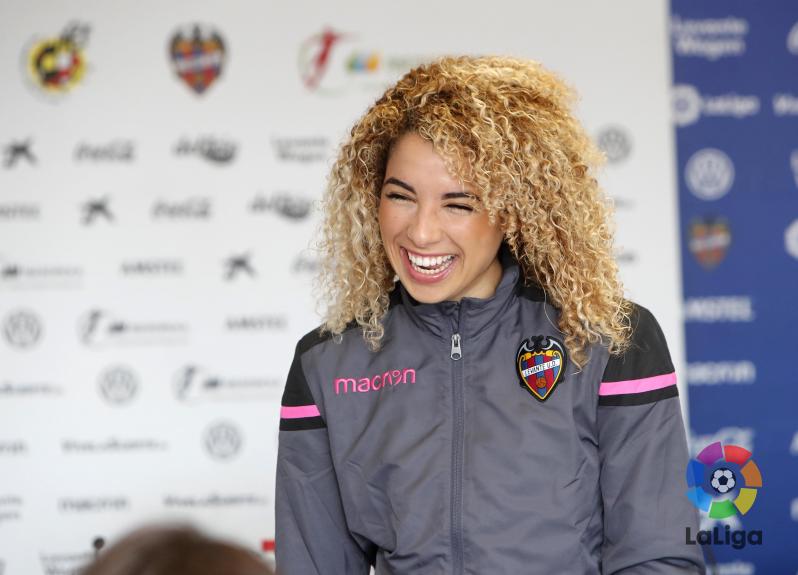 After spending a couple months in Spain, Cabarcas is now back stateside, where she now features prominently as NYCFC’s In-Stadium Host. However, the World Cup remains the ultimate end goal for the player.

“Yes, the World Cup. I would really like to retire after the World Cup. That’s my goal. Everyone told me, ‘This is your third surgery. It’s more complicated. You're older now.’ My career is set in New York. I’m a broadcaster now, I’m doing well.

“So for me to walk away from that, it was hard. Just because I had my life already. I had to balance things out, and I was like, ‘You know what, I’m not finished with this chapter in my life.’ I had a lot of signs. Coaches from the national team reached out to me, ‘Hey, when are you going to be ready?’ and I was like, ‘You know what, screw it, I’m just going to go all in, it’s going to be a huge sacrifice, especially financially, I’m going to lose my apartment and my car, but it will all be worth it later on.' Not everyone can say, ‘Hey, I played a World Cup,’ or ‘I came back from this injury and played a World Cup.’ So that’s always been the goal.” 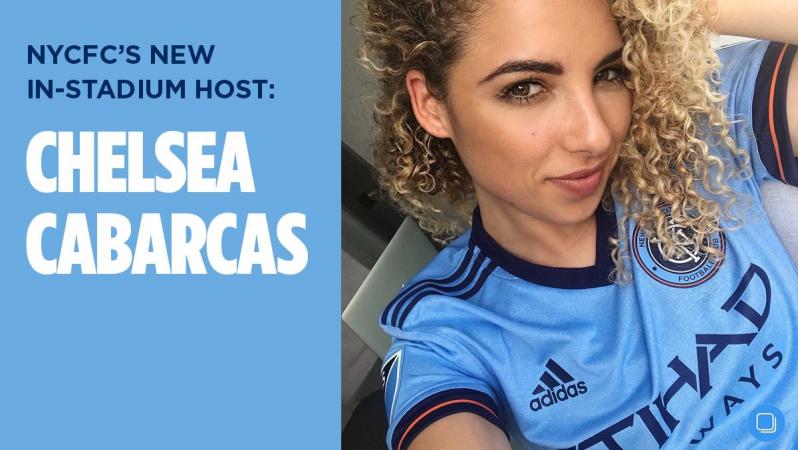 For now, Cabarcas’ World Cup dream is out of her hands. The 2018 Copa America Feminina serves as World Cup qualifying for CONMEBOL and runs from April 4-22 in Chile. Cabarcas is not a part of Colombia’s 22-woman squad for the event, but the side is still favorites alongside Brazil and Argentina, meaning Cabarcas will ultimately try to earn her spot at Colombia's pre-World Cup training camp.

“It’s never easy,” says Cabarcas with regards to the sacrifice. “But people don’t grow being in their comfort zone. You have to enjoy every experience. You have to take it day by day. It’s never going to be easy. To reach your goals, to reach your dreams, it’s never going to be easy. I mean look at what I’m going through right now. … So you have to let everything go. Live in the moment and see it as an experience. You’ll grow from it.”