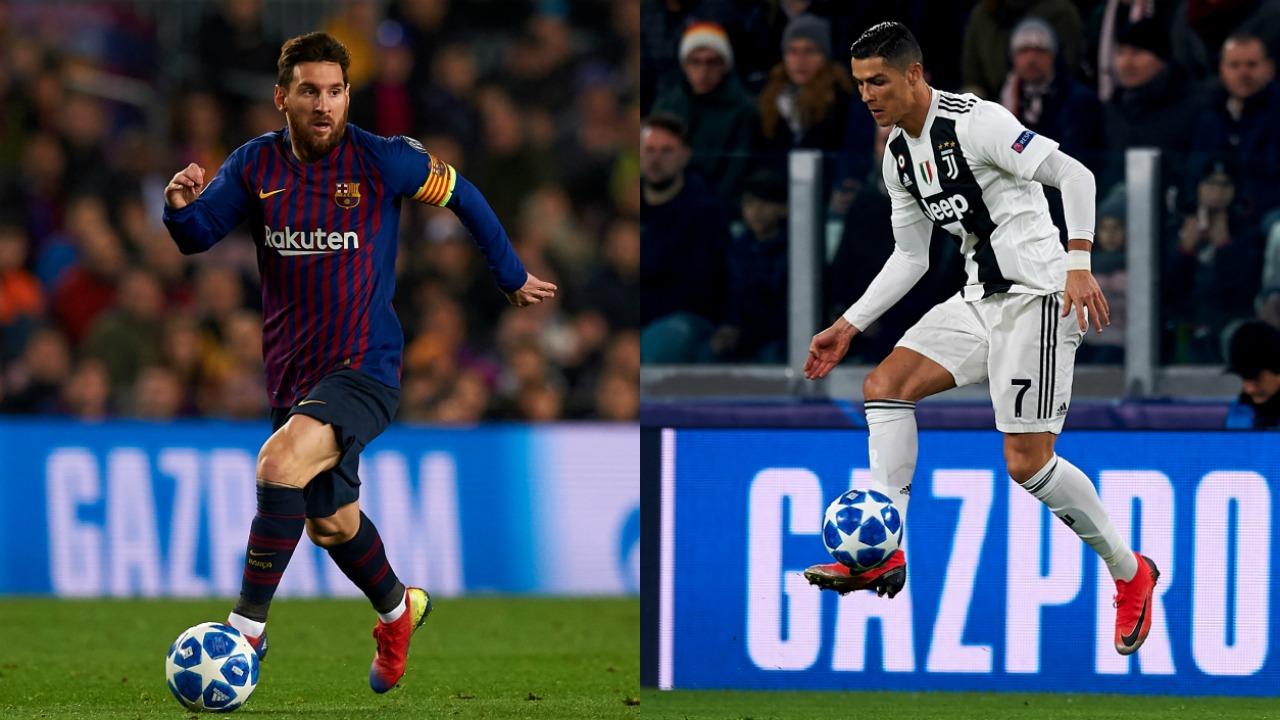 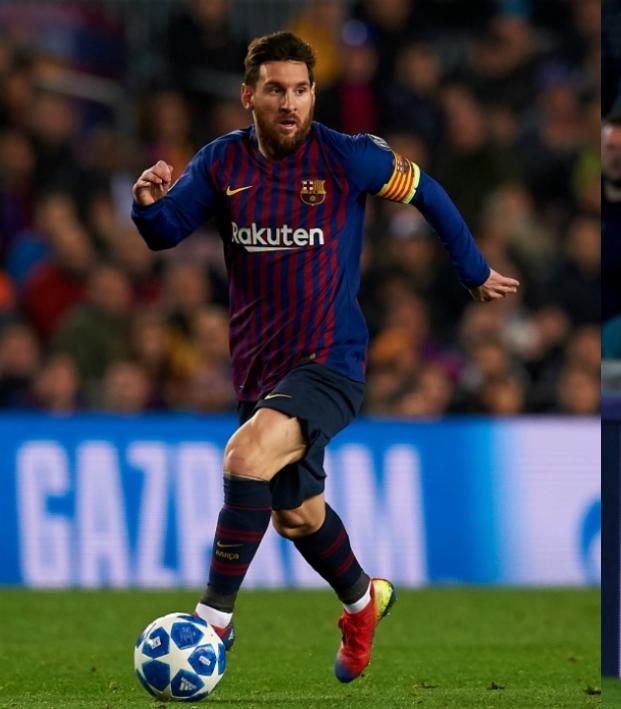 Champions League Round Of 16 Draw Matchups, Ranked By Order Of Tastiness

Connor Fleming December 17, 2018
All eight ties offer their own array of spice, but some match-ups are more delectable than others.

The Champions League Round of 16 draw results are in, and although we have to wait until mid-February to get started, some things are too tasty to be left on the back-burner for that long. Here’s a look at all eight matchups, and an incredibly scientific ranking of which ties get us all hot and bothered.

Spectacular. The round of 16 draw

In 15 Bundesliga matches, Schalke has managed a return of 15 points. Conversely, City has played 17 in the Premier League and gathered 44 points. Both teams enjoyed relatively soft draws for the group stage — Schalke finished runners-up behind Porto in Group D, and City topped Group F ahead of Lyon.

The strength of the German side is its defense, which allowed only four goals during group play. However, the likes of Salif Sane, Naldo and Daniel Caligiuri are now coming up against an entirely different animal in City. The English side’s good form has been highlighted by the play of Raheem Sterling, David Silva and Leroy Sane.

With a squad value over four times that of its opponent, City should navigate this tie with ease.

Lyon sits third in Ligue 1, miles behind runaway leaders PSG. Although LaLiga has been an unpredictable affair so far, that hasn’t stopped Barcelona from reaching the summit of the table on the strength of an attack that’s scored 46 goals in 16 games.

The French side didn’t lose a game during group play, but they also only won once and recorded five draws. Barcelona also went undefeated, but the Blaugrana recorded four wins and two draws in an extremely difficult group that contained both Tottenham and Inter.

It’ll be interesting to see what kind of damage Lyon’s pair of Nabil Fekir and Memphis Depay can do to Barcelona’s leaky defense, but there’s no hiding from Lionel Messi, Luis Suarez and Ousmane Dembele. In LaLiga and the UCL, Messi currently has 20 goals and 11 assists in 18 games. Absurd.

There’s a bit of taste in this one because it’s too close to call. Porto topped Group D while recording five wins and one draw, whereas Roma, last season’s semifinalists in this competition, narrowly edged Plzen and CSKA to the runners-up spot in Group G behind Real Madrid.

It’d be easy to pencil Roma through here with images of Edin Dzeko, Stephan El Shaarawy and Aleksandar Kolarov running through your head, but Porto can counter with the likes of Moussa Marega, Alex Telles and Hector Herrera.

This could easily transform into one of the wildest ties in the Round of 16.

It’s the most decorated side in English football against the side hellbent on European domination! But take the narrative away, and just like Manchester United under Jose Mourinho, this fixture is bound to fall flat.

United’s exactly where they should be at the moment, which is in sixth place in the EPL. Their performances don’t warrant being any higher in the table, and there’s not a whole lot to see here apart from the combustion of Paul Pogba’s club career.

PSG, on the other hand, are equally despised but really pretty marvelous. Topping a group with Liverpool and Napoli is no easy feat, but PSG managed it thanks to the play of Neymar, Kylian Mbappe, Edinson Cavani and Angel Di Maria going forward, while the midfield pairing of Adrien Rabiot and Marco Verratti will be jealously eyed by Mourinho.

Maybe Mourinho can pull off a tactical masterclass and nullify PSG’s incredible attack, but does anyone really want to see a Marouane Fellaini-sized upset here? This should be all PSG.

The F I N E S T of margins here. Atletico have been themselves in league play this term, conceding only 12 goals in 16 games. But look no further than their goalless draw with Club Brugge on the final match day — which handed top spot in Group A to Dortmund — for evidence of the side’s shortcomings.

Over in Italy, Juventus have an even better defensive record, allowing only eight goals in 16 games. And where Atletico fail, Juve now have their prized possession in Cristiano Ronaldo. However, Ronaldo’s first five UCL matches with Juventus yielded only one goal.

Now’s the moment for Ronaldo to demonstrate the wisdom of his move to Italy, and it’s certainly a favored foe for the Portuguese forward: He’s played Atletico 29 times in the UCL/LaLiga/Copa del Rey, and he’s managed 22 goals and eight assists.

If Juventus advance, it’s highly likely that Ronaldo will write the headlines. But what a moment for Antoine Griezmann to play the spoiler . . . the 2019 final is at Atletico’s Wanda stadium, after all.

On the face of it, it’s the back-to-back-to-back European champions against a side competing in the Round of 16 for the first time in 12 years, but can a fearless underdog get the better of this Real side in transition? Absolutely, just look at how CSKA did the double over them in the group stage, and the likes of Alaves, Levante and Eibar have defeated them in league play.

Ajax is young and fearless, best represented by the young Dutch core of Frenkie de Jong (21), Matthijs de Ligt (19), Donny van de Beek (21) and Noussair Mazraoui (21). Additionally, both Hakim Ziyech and Dusan Tadic have been playing out of their minds, whereas Real’s entire lineup (apart from just Toni Kroos) has been heavily criticized this season.

The first leg in Amsterdam should be a truly special occasion.

Dortmund’s been the story of the European season after opening up a nine-point advantage at the top of the Bundesliga and leapfrogging Atletico on the final UCL group stage match day to claim Group A. A healthy Marco Reus has been a godsend, Paco Alcacer has been a revelation since arriving on loan from Barcelona and 18-year-old Englishman Jadon Sancho continues to delight the Westfalenstadion.

Tottenham squeaked into the Round of 16 by virtue of having more head-to-head away goals than Inter Milan, but it was still an admirable achievement to go along with a fine start to the EPL season. Despite adding no one in the summer, Spurs are only six points behind Liverpool and five back of City.

One thing that jumps out at you here is that if all goes according to plan, this will be Tottenham’s first European fixture at the delayed new White Hart Lane. If it’s ready to go, the 62,000-seat venue will be absolutely bouncing for this one.

It’s two sides that play extremely attractive football, and the atmosphere in London and then in Dortmund for the return leg should prove electric. This is a gargantuan Round of 16 encounter.

With a narrow 1-0 victory over Napoli on the final match day, Liverpool secured passage to the Round of 16, but a runners-up finish behind PSG condemned them to a meeting with undefeated Group E winners Bayern Munich.

However, with two draws against Ajax and a current position of third in the Bundesliga, this is not the feared Bayern side of old. But don’t get me wrong — there’s still plenty to be weary of, no one more so than striker Robert Lewandowski, who scored eight goals during the group stage and leads the competition.

The match up is given extra spice in that it’s Jurgen Klopp against his old German adversary, and there’s also the return of Xherdan Shaqiri to the club he spent two and a half seasons with.

Although Klopp has only defeated Bayern nine times in 29 attempts, he did trump the Bavarian giants to the Bundesliga title twice (10-11, 11-12), the DFB-Pokal (11-12) and twice beat them in the DFL-Supercup. The biggest matchup, of course, was the 2012-13 Champions League final, when Bayern won thanks to Arjen Robben’s goal in the 89th minute.