Carlos Valderrama Wants You To Touch Your Balls 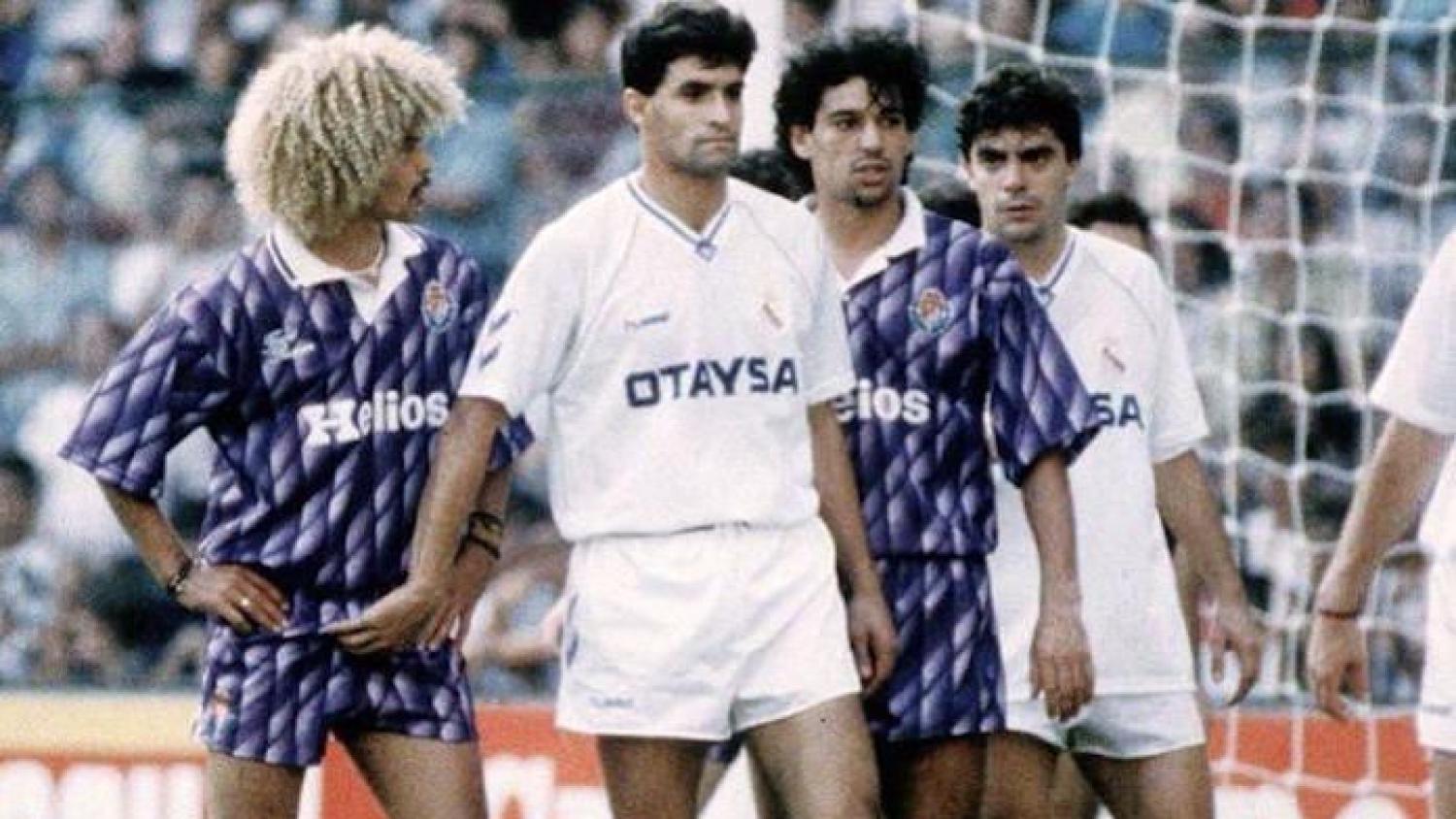 The iconic Colombian footballer made an entertaining PSA about testicular cancer.
@revistalibero | Twitter

Carlos Valderrama wants you to touch your balls. Not your soccer balls, or your footballs, but seriously, your balls — your testicles. The iconic Colombian head of hair with magical feet has a new campaign to inform men of the necessity of self-examinations to prevent testicular cancer.

The unique Valderrama PSA video starts with a video clip of Valderrama playing for Real Valladolid against Real Madrid in 1991, when Míchel touched Valderrama in the nether regions three times to try to distract the Colombian ahead of a corner kick.

Valderrama, now 56, thanked Míchel for checking him out for testicular cancer, saying that if he had felt pain, it would have been a signal to go to the doctor.

There you have it, three easy steps to check for testicular cancer: feel, repeat, check.

Testicular cancer is a touchy subject for most men, who would much rather talk about boobs than their own man parts — it’s why breast cancer receives so much more attention than testicular (and prostate) cancer. Men, on average, die 4.5 years younger than women and are 60 percent more likely to die of cancer, but men’s health research receives a quarter of the funding that women’s health research does.

Thus we must praise Valderrama and the makers of this video for using creativity to explain to men they must check themselves and go to the doctor regularly to prevent testicular (and prostate) cancer.

Valderrama was a master of the ball in his day, with a playing career that spanned more than 20 years, including stops in Spain and France. El Pibe joined the Tampa Bay Mutiny in the first season of Major League Soccer and won the inaugural MLS MVP award and Supporters’ Shield. He played until 2002 in MLS, also joining the Miami Fusion and Colorado Rapids. Valderrama also appeared 111 times for Los Cafeteros, including as captain at three World Cups.

The Colombian playmaker was creative on the pitch and apparently just as creative off the pitch given this video. So do what Valderrama says: touch your balls.