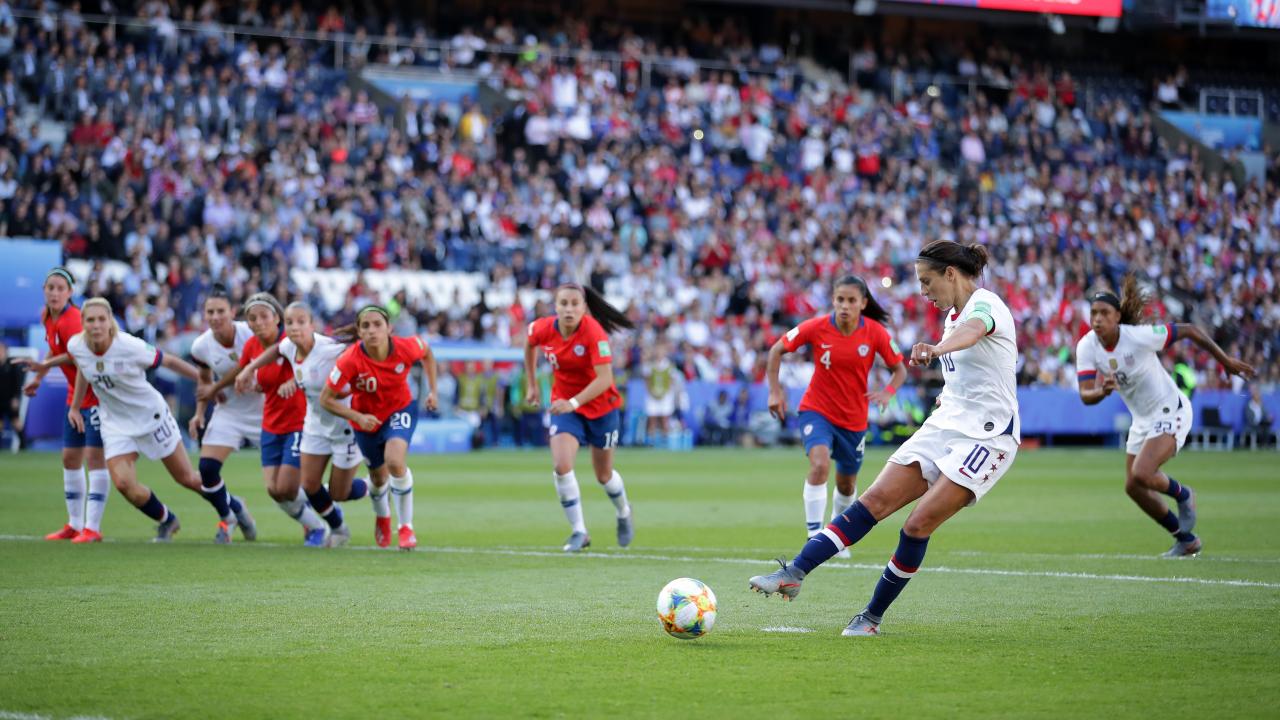 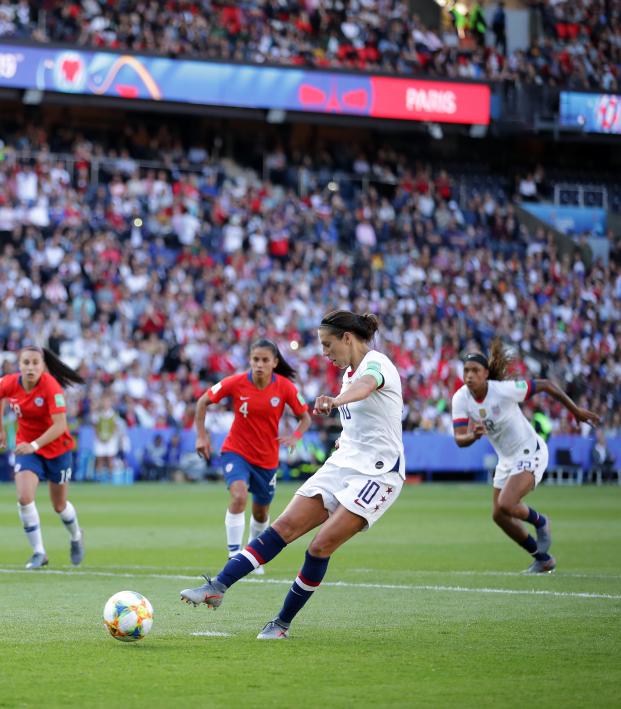 Carli Lloyd should replace Matt Gay as the Tampa Bay Buccaneers kicker after the NFL rookie stunk up the field with some foul kicks in last week’s loss to the New York Giants. At least, that’s what Secret deodorant is suggesting with a Carli Lloyd NFL ad in a local newspaper this week.

Gay missed a 34-yard field goal in the final seconds of the Bucs’ 32-31 loss along with two missed extra points (one was blocked). He also missed a 42-yarder the week before. Clearly, the fifth-round pick reeks and deserves merciless criticism for being unable to do something that no one else on his team could do either.

What doesn’t stink is Secret, a deodorant/antiperspirant marketed toward women. The company (owned by Procter & Gamble) placed an advertisement in the Tampa Bay Times saying Lloyd, the USWNT Women’s World Cup winner, should be given a chance in the NFL. We love the idea.

The Carli Lloyd NFL ad read: “Hey Bucs fans, do you sweat 34-yarders? Carli Lloyd doesn’t. Secret believes strength is more than overcoming what makes us sweat. It’s continuing to pursue progress and equality in all industries & sectors. Women may not play professional football (yet), but isn’t it time for a level playing field wherever she wants to play?”

Secret said the idea and the execution were both approved by Lloyd, who retweeted the ad. Lloyd, 37, was filmed nailing a 55-yard field goal during a Ravens/Eagles joint practice in August. According to her personal coach, Lloyd received offers from at least two NFL teams, but she declined, saying she might consider it in 2020 when she can train for a full offseason. There are no rules preventing women from playing in the NFL.

I don’t much care for the NFL (college football, sure, but not the NFL, at least not since the Oilers left Houston). But apparently, the Bucs have a history of shitty kickers. They spent a second-round pick on a kicker (who does that besides me in a fantasy draft?) in 2016 and he lasted just one season, and Gay is the team’s 11th kicker in the last decade. Can you imagine a soccer club going through 11 goalkeepers in 10 years?

Having a reliable kicker on your American football team is like having a reliable car. When you’ve got one, you never have to think about it. But when you don’t, it’s a constant worry, always gnawing at the back of your mind.

So, the Bucs should hire Lloyd and stop sweating the short chip shots.

Lloyd has won just about everything there is to win in soccer, from two Women’s World Cups and two Olympic gold medals to an FA Women’s Cup with Manchester City.

So why not give the NFL a try? She can’t be much worse than Gay, would finally give me a reason to watch the NFL and she’d probably be just as good, if not better, than most of the other kickers the Bucs have tried out recently. Plus, she can moonlight as a receiver.

Most importantly, we know Lloyd won’t buckle under pressure. And she’s got a knack for scoring from long range in the biggest moments.

Do who's going to repeat Carli Lloyd's insane goal from the 2015 #fifawwc final against Japan? pic.twitter.com/QxiGvwevdD