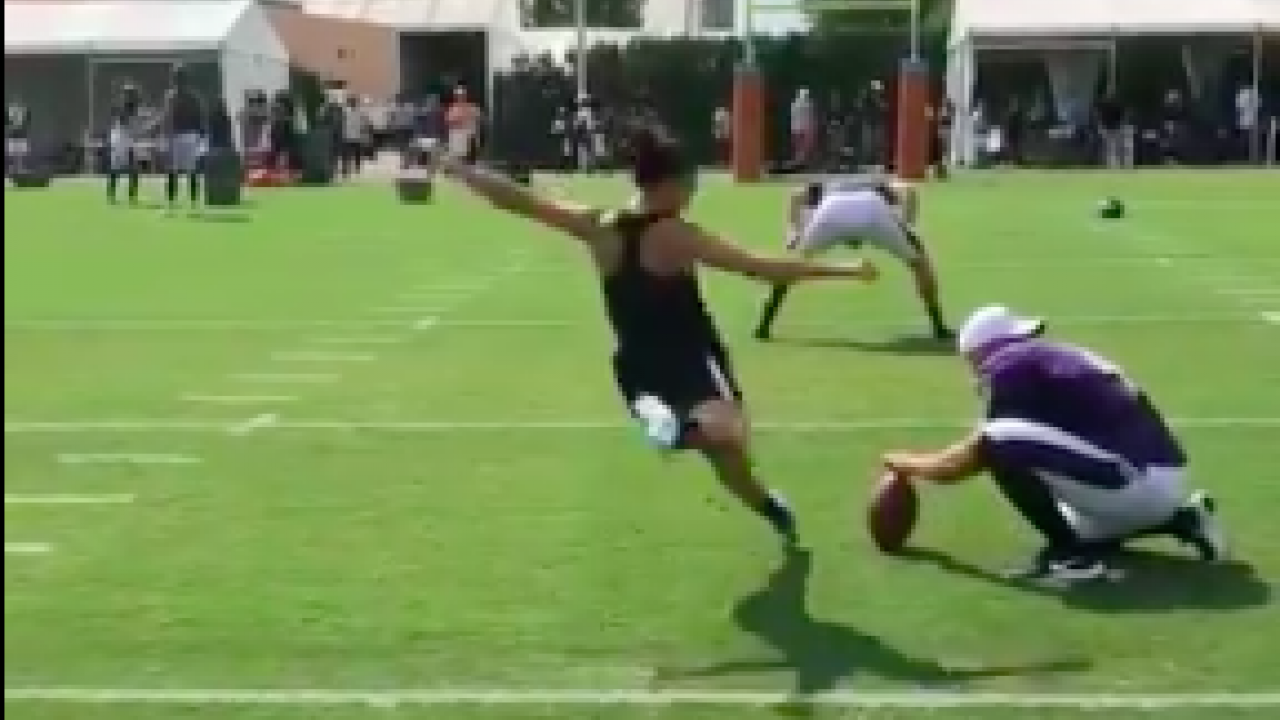 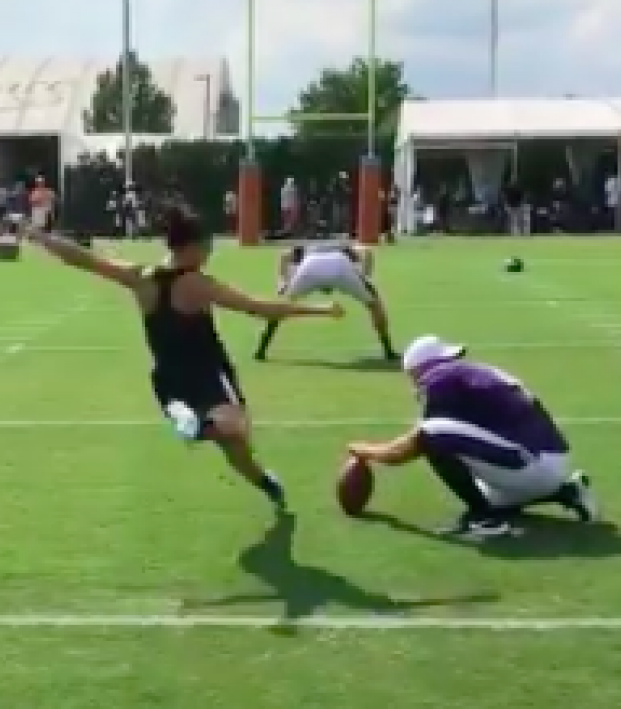 Jack Moodey August 22, 2019
The Bears should be calling her for a tryout soon.

At the age of 37, Carli Lloyd has won almost everything you can in soccer . . . twice. The USWNT forward has won two FIFA Player of the Year awards, two World Cups and two Olympic gold medals over her illustrious career.

With retirement on the horizon, speculation has swirled over what she’ll end up doing. After seeing footage of her field goal kicks at a Philadelphia Eagles practice, we’re pretty sure she’ll be spending her retirement dominating the NFL.

Lloyd, who is a massive Eagles fan, stopped by an Eagles and Ravens joint practice on Tuesday to watch the two teams workout, and then she took to the field to try some field goals herself.

After receiving some pointers from Ravens and Eagles kickers Justin Tucker and Jake Elliot, Lloyd went ahead and drilled several field goals right down the middle from up to 55 yards away.

Thank you to the @Eagles for having me out! Thanks to @JustinTuck @jake_elliott22 @MayorRandyBrown for the good time and tips! #55yd pic.twitter.com/owZ16f46Th

To put that into perspective, Eagles kicker Jake Elliot's longest kick last season was just one yard longer than Lloyd’s longest at practice.

What did you expect? She's a World Champion.@CarliLloyd | #FlyEaglesFly pic.twitter.com/kIwHOABMKa

What makes Lloyd’s feat even more impressive is that she made all these field-goals on practice posts, which are much narrower than in-game posts.

Lloyd even received praise from Hall of Famer Gil Brandt, who claims Lloyd’s field goals are a sign that the NFL gender barrier will soon be broken.

Honestly, I don't think it will be long before we see a woman break through this NFL barrier. I'd give her an honest tryout if I were, say, the Bears. https://t.co/pyIlIY6Jxv

Lloyd is in Philadelphia in preparation for the USWNT’s Victory Tour match against Portugal, which is set to be played at Lincoln Financial Field on August 29 at 5 p.m. ET.