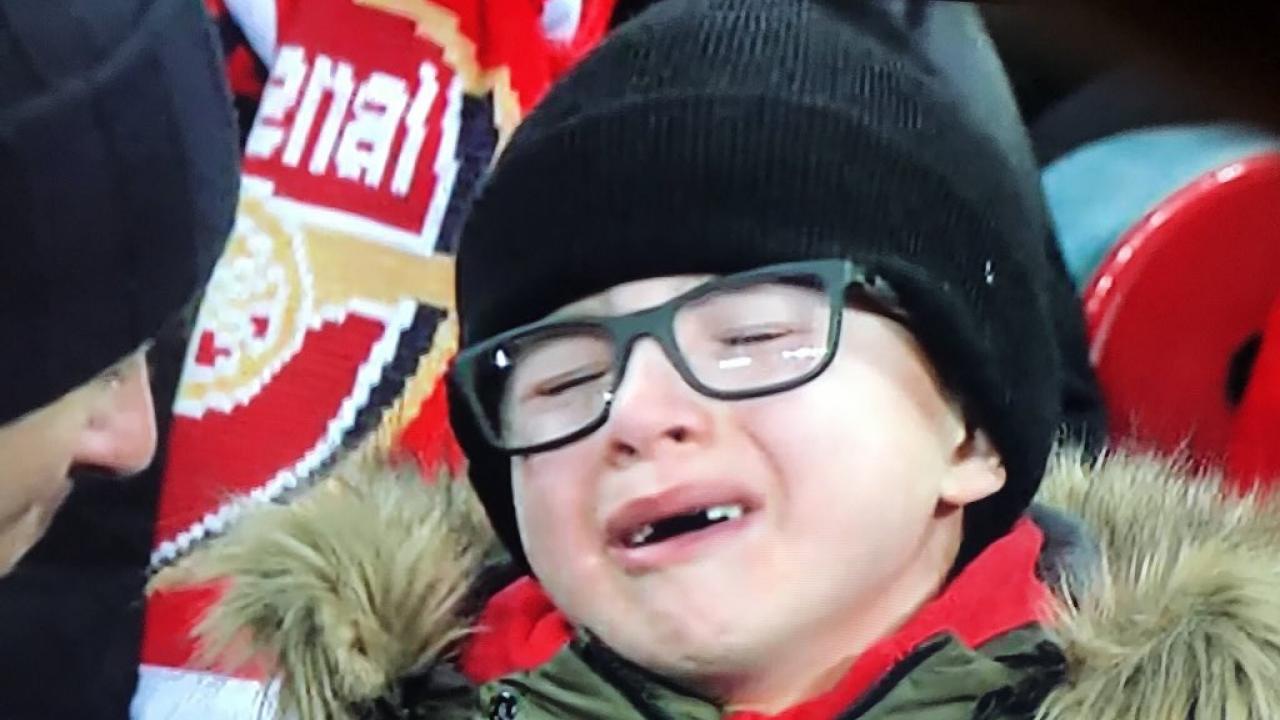 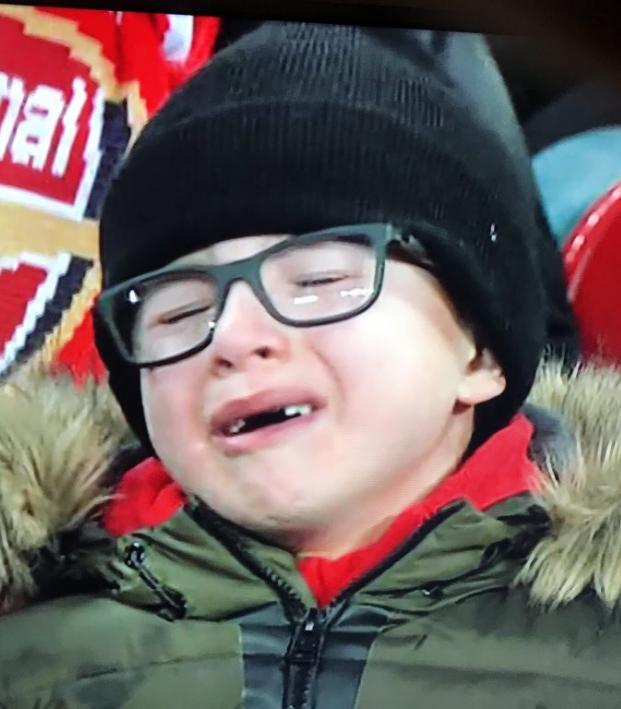 Look what you’ve done, Pep, Sergio and Vincent. Your unparalleled skills and ruthless execution have induced tears from a youngster. Are you proud of yourselves? It was bad enough you turned an entertaining Carabao Cup final into a boring rout, but the indelible image of the match will be of a crying child at the merciless destruction of his beloved Arsenal.

Manchester City crushed Arsenal hearts with a 3-0 victory in the Carabao Cup final on Sunday at Wembley Stadium, denying Arsene Wenger the one domestic trophy he’s never been able to attain. After a thrilling, open start to the match with both sides attacking with intent, Sergio Aguero punished a shocking defensive blunder. The Citizens hit cruise control in the second half behind goals from Vincent Kompany and David Silva. After the initial goal, Arsenal never really looked like making a match of it. 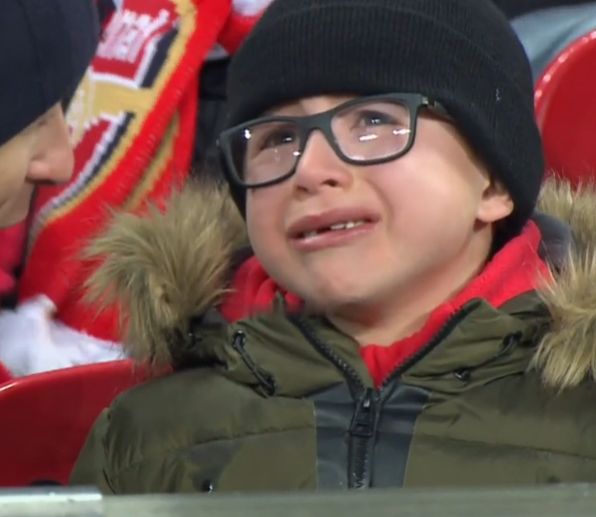 Pep Guardiola won his first trophy in charge of Manchester City, but it’s unlikely to be his last with a 13-point advantage with a game in hand in the Premier League.

Arsenal knew it had to defend stoutly against City, one of the most thrilling attacking sides in the world. The Gunners needed focus, concentration and execution. They got this baffling display from Shkodran Mustafi in the 18th minute.

Mustafi has to know Aguero can’t be offside on a goal kick, yet he allows the Argentine to sneak behind him. Mustafi then decides to just give up on the play after Aguero gives him a small nudge. It was deplorable defending, though Aguero still had work to do and did it sublimely with his chipped finish.

City finally converted its dominance into goals in the second half, starting with captain Kompany turning in a low cross off a corner in the 58th minute.

David Silva put the game to bed with a brilliant turn and strike in the 65th minute.

It was around this time in the match that cameras caught a young Arsenal fan crying in the stands.

Might as well get in before the Spurs fans do: Crying #Arsenal fan to become an overnight meme sensation. pic.twitter.com/6GaLYCJ9tj

Next up for Arsenal after the Carabao Cup final? Another match with Manchester City on Thursday. Responsible parents will leave their children at home for that one.