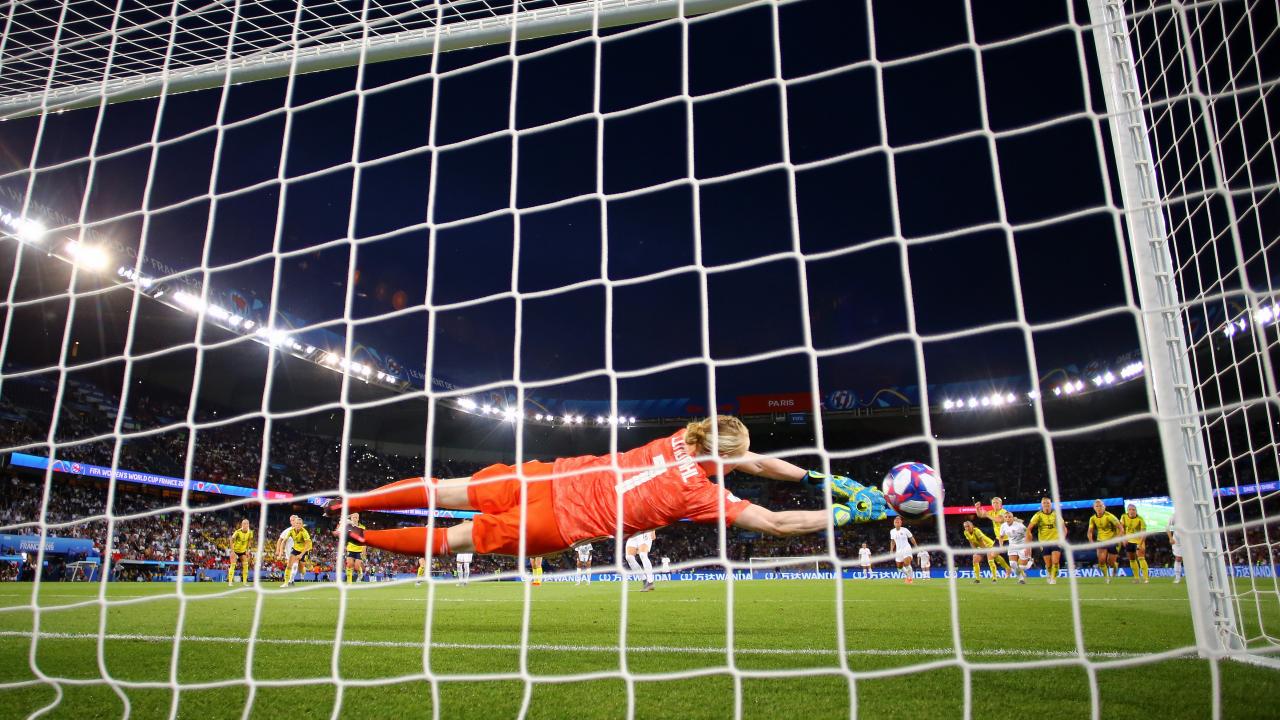 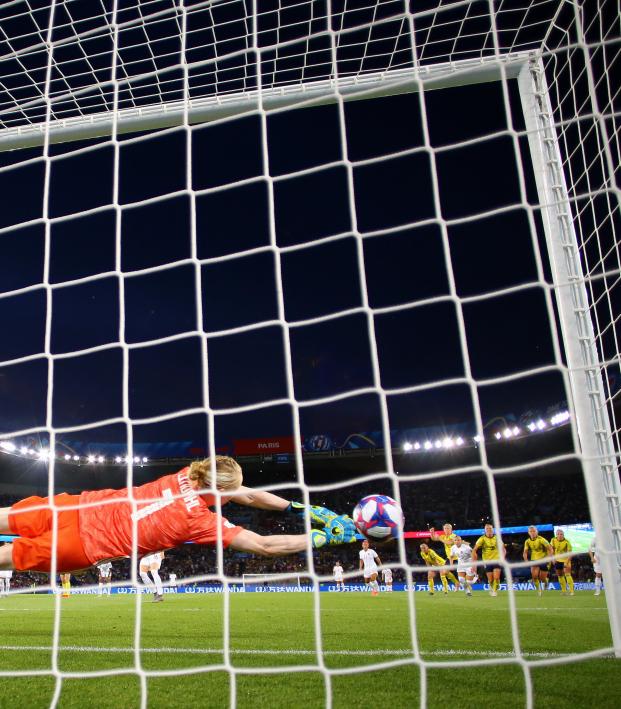 Connor Fleming June 24, 2019
Many questioned how keepers would save penalties with the new laws in effect — this is how.

Sweden and Canada played a pretty dour match at the Women’s World Cup today, but given the added spice of knockout football at a major international tournament, the second half provided some immense drama despite the irregularity of attacking action.

The opening 45 minutes produced zero shots on target — a first at this World Cup — but things sprang to life in the 55th minute when Sweden grabbed the lead. The run and pass from Kosovare Asllani in the buildup to the goal was sensational, and Stina Blackstenius provided the finish.

Blackstenius beats Labbé to Asllani's cross and puts it in for her first #FIFAWWC goal. pic.twitter.com/oq0yHXTCZs

Canada, which really struggled in the attacking third all match, was given a glorious chance to equalize after Desiree Scott’s half-volley was handled by Asllani in the area.

The entire world thought Christine Sinclair would step up to take the penalty, but it was instead Janine Beckie. Beckie’s penalty was hit with pace and accuracy, but Hedvig Lindahl sprang off her line to get two strong hands to it and push it wide of the post.

Hedvig Lindahl makes a brilliant stop on Janine Beckie's attempt to keep Sweden on top! (And yes, she stayed on her line) #FIFAWWC pic.twitter.com/x9XJx0tIBA

Canada’s search for an equalizer was fruitless, even with goalkeeper Stephanie Labbé pushed forward for over a minute at the end to try to get on the end of a pair of set pieces.

It was always predicted on European soil, but Europe now makes up five of the six confirmed quarterfinalists (the only abnormality being the USWNT). Europe could make it seven of eight depending on the outcomes of tomorrow’s matches — Italy plays China and the Netherlands goes up against Japan.