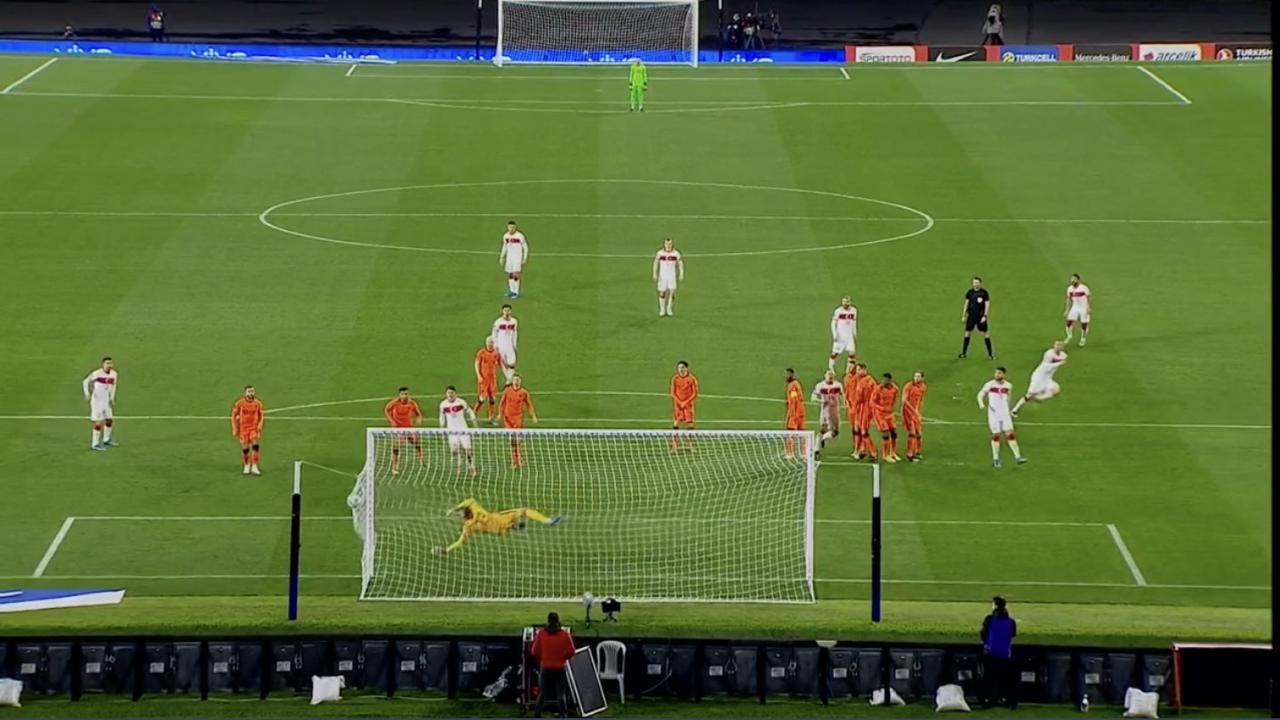 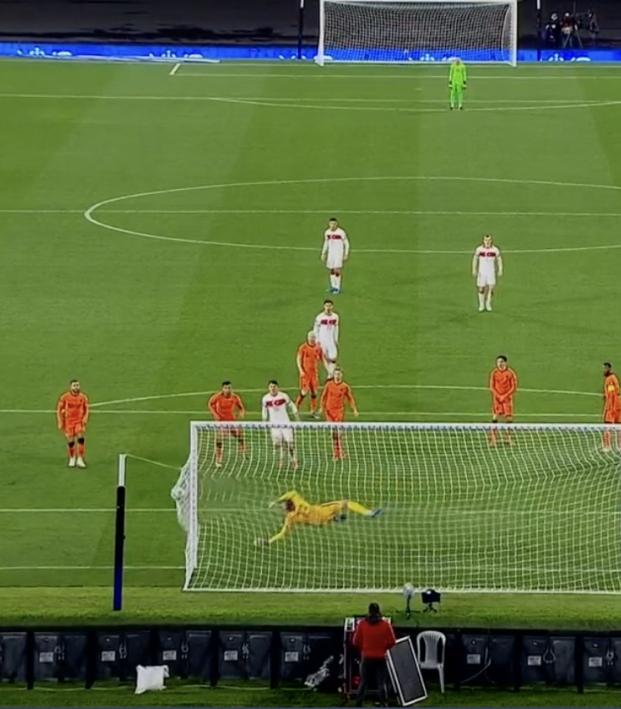 Reuters March 24, 2021
Davy Klaassen scored a memorable goal as well, but the Dutch lost 4-2 in Istanbul.

ISTANBUL - Veteran captain Burak Yılmaz netted a hat-trick as Turkey saw off a late rally from the Netherlands to secure a 4-2 home victory on Wednesday at the start of their World Cup qualifying campaign.

Yılmaz opened the scoring in the 14th minute of the Group G match with a deflected shot followed by a penalty 20 minutes later at Istanbul's Atatürk Olympic Stadium to put the Turks 2-0 up at halftime.

The game looked to be effectively over when Hakan Çalhanoğlu added the third a few seconds into the second half but two goals in as many minutes gave the Dutch hope of a late comeback. Their momentum was ended, however, by a stunning free kick from Yılmaz that completed his hat-trick and secured the points for Turkey.

"We were not paying attention and were not 100 percent focused," said Netherlands captain Georginio Wijnaldum. "Also Turkey made it difficult for us to defend."

The opening goal came at the end of a counter-attack with Yılmaz’s shot from the edge of the area taking a deflection off Matthijs de Ligt to beat goalkeeper Tim Krul, who had been pressed into service after Dutch first choice Jasper Cillessen was injured in the warm-up.

Donyell Malen then gave away a penalty with a clumsy challenge on Okay Yokuşlu that Yılmaz converted with an emphatic strike. Çalhanoğlu added the third 30 seconds into the second half with a speculative effort from outside the penalty area that deceived Krul.

Turkey have a three goal lead over Netherlands pic.twitter.com/Gy4aLqbThS

Yet the Atatürk Stadium, where Liverpool fought back from 3-0 down against AC Milan to win the 2005 Champions League final, looked like it may be the venue of another famous comeback as Davy Klaassen scored in the 75th minute and Luuk de Jong got another 60 seconds later.

Klaassen's goal was a touch of individual brilliance as he brought down a cross from Memphis Depay with a subtle touch, simultaneously turning two defenders to slam home from close range. De Jong swooped onto a dipping cross to get a touch for the second.

NETHERLANDS ARE BACK IN IT! pic.twitter.com/pFKW4nAe3B

Yet the 35-year-old Yılmaz put a swift end to Dutch comeback hopes with a scorching free kick nine minutes from full-time that restored Turkey's two-goal advantage. The Dutch were awarded a penalty three minutes into stoppage time after tugging by Ozan Kabak on De Ligt but Depay's effort was saved by Uğurcan Çakır to complete a miserable night for the visitors.