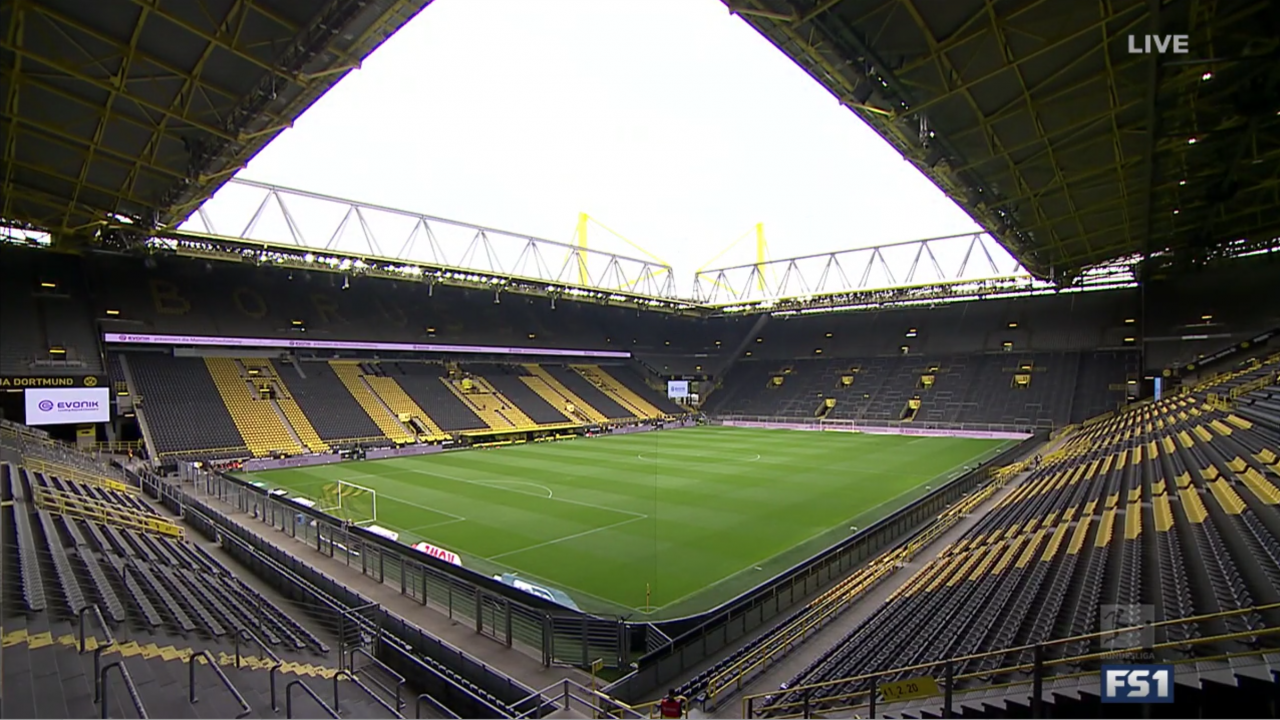 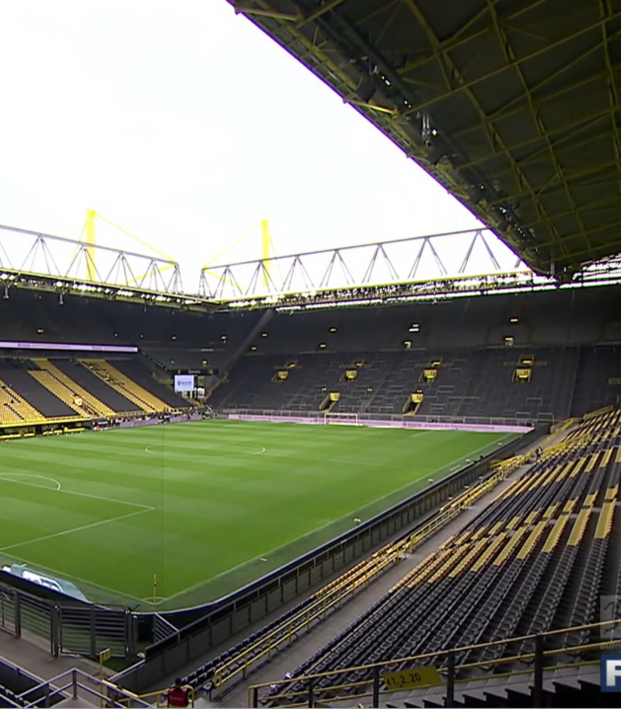 Travis Yoesting May 16, 2020
The Bundesliga returned to a new normal. We’ll take it.

Major European football returned from a two-month hiatus as the Bundesliga kicked off with six matches on Saturday, none bigger than the Revierderby between Ruhr rivals Borussia Dortmund and Schalke.

Dortmund, without its menacing Yellow Wall behind it, throttled Schalke 4-0, instituting its own form of social distancing on the scoreboard.

It’s an odd experience watching top-flight European soccer in an empty stadium. The cavernous 81,000-seat Westfalenstadion sat empty but for 300 essential workers — players, coaches, refs, media/TV crews, etc. — allowing us to hear nearly every word spoken on the pitch. Subs, of which five were allowed, sat six feet apart and everyone not on the pitch wore a mask. Even celebrations were socially distanced in the first-ever Revierderby played without fans.

But we didn’t care.

Well, we cared a little when Schalke coach David Wagner couldn’t keep his hands off his face, but we’ll let it slide.

For the first time in two months, top-level, live soccer — not a replay, not a damn video game — graced our televisions/laptops/phones across the world and it felt good, especially for fans of Dortmund. 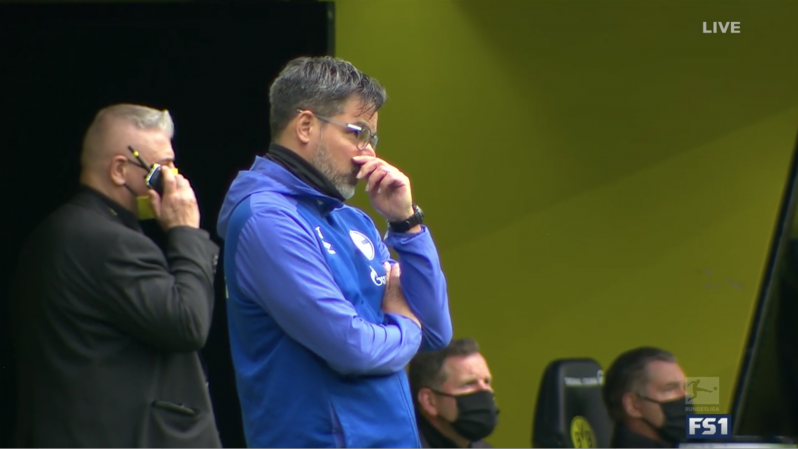 The match itself was played at a decent enough pace given the two-month layoff, though only one side really found its rhythm.

The last time Borussia Dortmund had taken the pitch, PSG sent the German club packing from the Champions League with a second-leg comeback. Perhaps the product of having two months to stew over the defeat, Dortmund imposed its will on Schalke after shaking off some early rust. Weston McKennie was chasing shadows in midfield for most of the game, the American’s teammates providing little in way of defensive support in the middle of the park.

Erling Håland scored his 41st goal in 34 matches this season across all competitions to get the ball rolling for Dortmund. Raphaël Guerreiro added two well-taken strikes and Thorgan Hazard found his way onto the scoresheet as well for the home side, which pulled within a point of Bayern Munich atop the Bundesliga table.

Dortmund are FLYING! Thorgan Hazard makes it 3-0 to the hosts in the #Revierderby.  pic.twitter.com/xUUehxUtCD

It's FOUR! Raphael Guerreiro and @BlackYellow aren't messin' around  pic.twitter.com/msEHNnplDM

After the match, the players applauded toward the stands out of habit. Dortmund players pretended to hold hands but from six feet apart as they raised their arms together in recognition of the fans who were not able to attend. 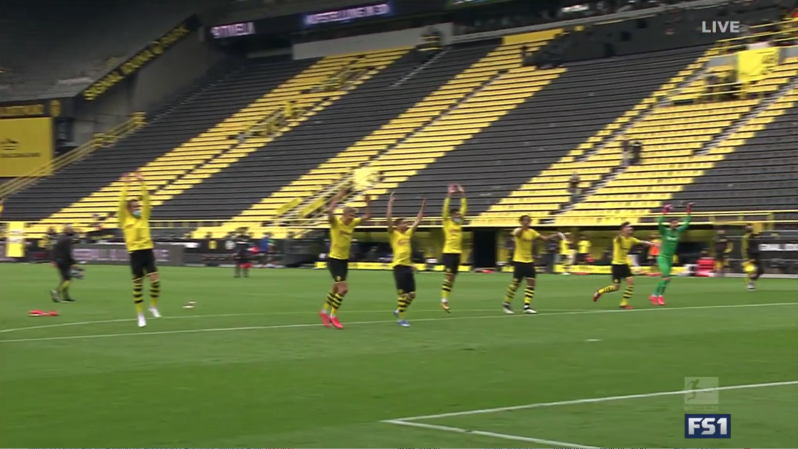 Somewhat pathetically, FS1, despite having no competition for live sports around the world amid the novel coronavirus pandemic, decided to follow the match with a preproduced piece from the Bundesliga about a match from 13 years ago. Instead of providing any sort of analysis of the match or highlights from around the league, Fox once again showed how few shits it gives about soccer. But we didn’t care.

We still long for football as we know it to resume. Saturday’s return lacked so much about what makes football great — fans, celebrations, talking heads yelling at us about set pieces — but it was still live soccer on TV.

A few months ago we would’ve scoffed at the idea of watching Germany’s biggest rivalry without fans.

But we didn’t care; we celebrated the fact any soccer was played at all.