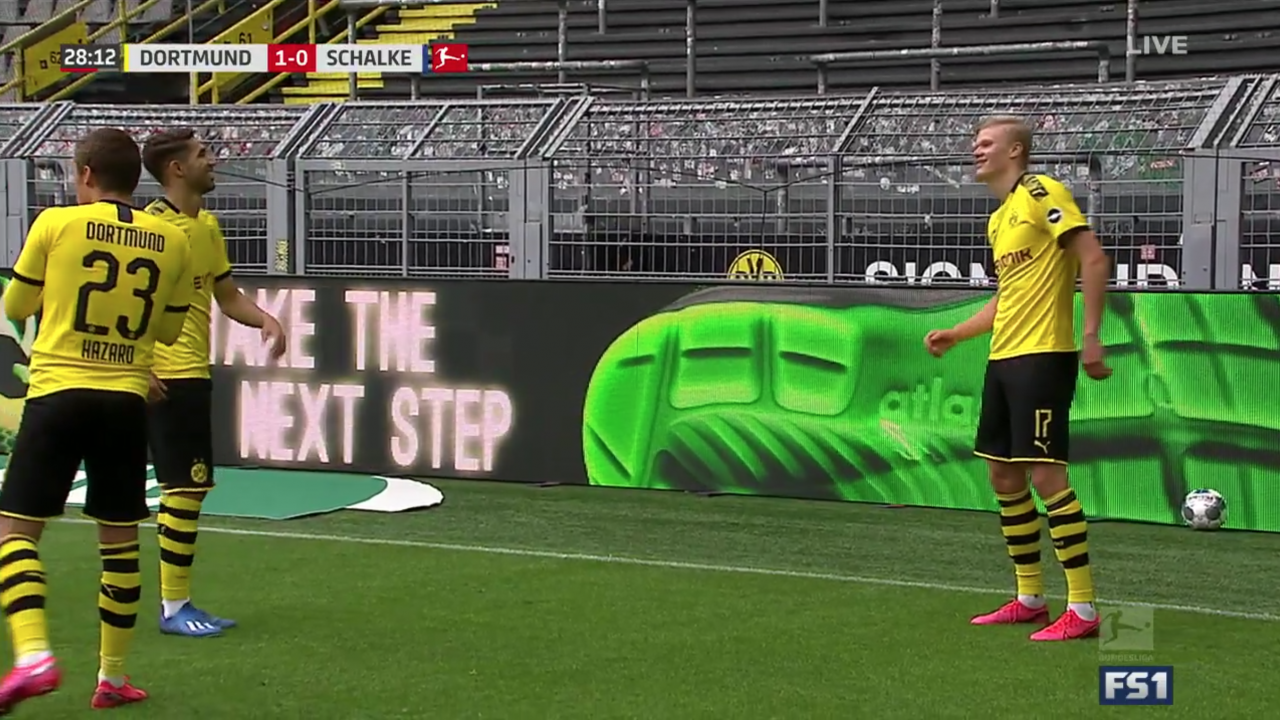 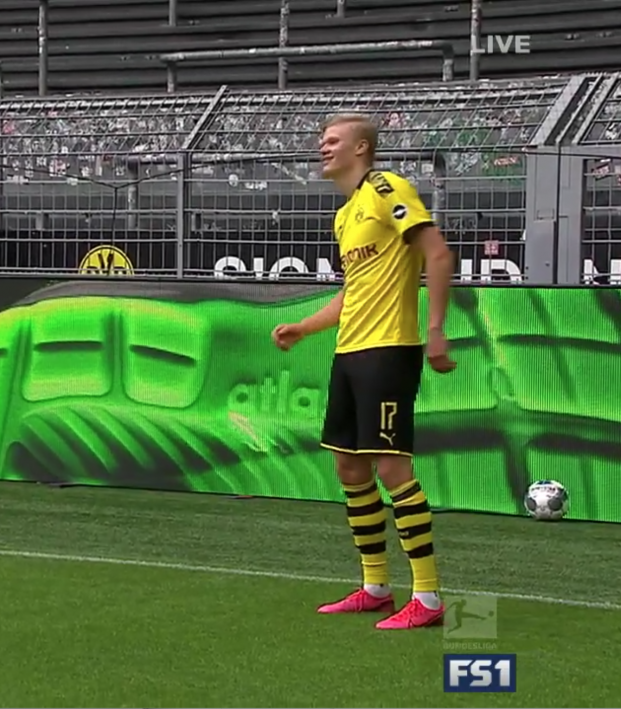 I’m quite sure I’m not alone in saying I had no problem waking up early Saturday morning. For the first time in two months, there was a reason to crawl out of bed before 10 a.m. as the Bundesliga became the first major European football league to return from its coronavirus hiatus. And what better way to return than the intense Revierderby?

Playing in empty stadiums across Germany, players showed a bit of understandable rust around the league, with no goals across five matches through 25 minutes. But almost as though he hadn’t missed the last two months, Erling Håland struck yet again to net the first goal upon the Bundesliga’s return.

The 19-year-old’s 10th goal in nine games league since joining Borussia Dortmund in January marked a scoring return to action for European football — and it was accompanied by what we hope is the latest dance craze in celebration.

With players encouraged to physically distance themselves as much as possible, upon scoring Håland ran to the corner and did what we’ll describe as a slight wiggle.

Finally, a dance even I could do.

We can’t wait to see Christian Pulisic imitate the Håland celebration on TikTok.

Raphaël Guerreiro struck just before halftime to give Dortmund a 2-0 lead over rival Schalke at the break in what was a weird but welcome return to football.