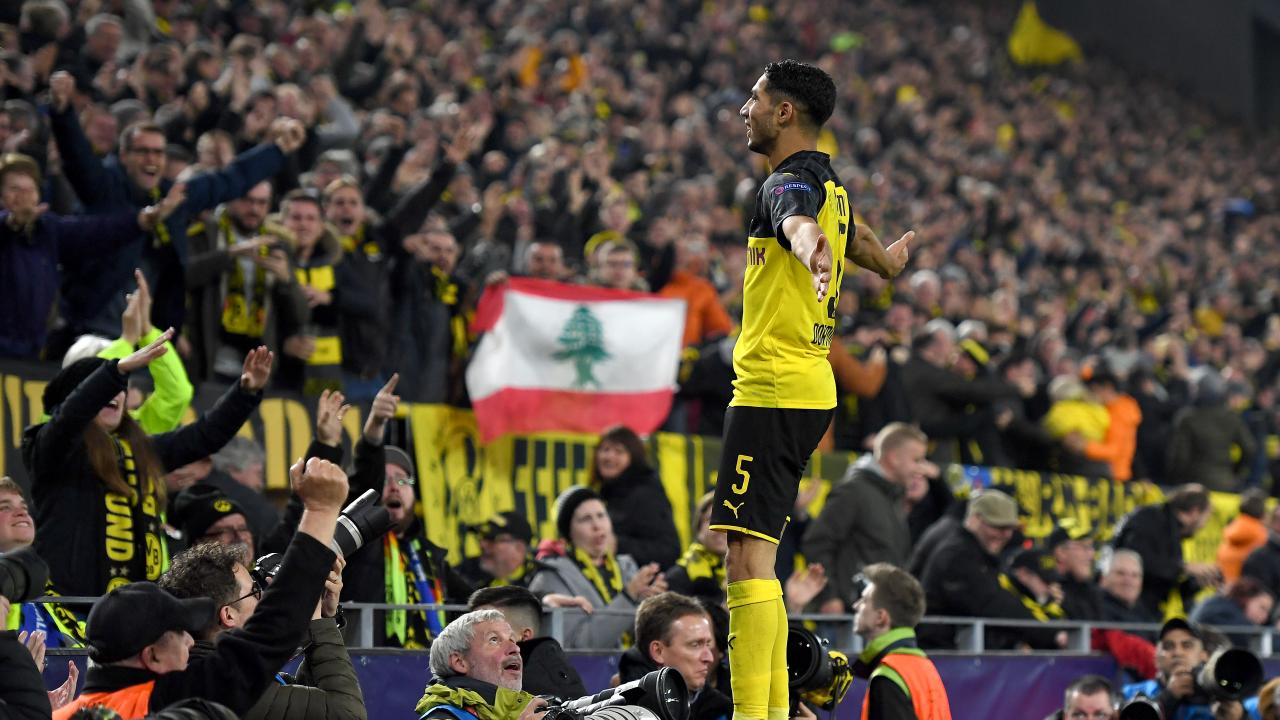 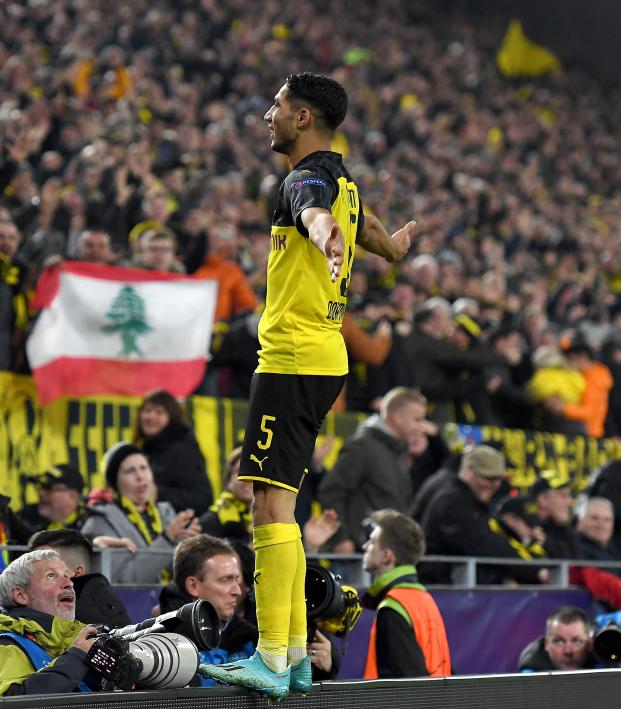 Trailing Inter Milan 2-0 at home with just 40 minutes remaining and contemplating an almost certain drop to the Europa League, Borussia Dortmund stormed back to a 3-2 victory with the Westfalenstadion roaring on its heroes, including 21-year-old breakthrough star Achraf Hakimi.

Following Barcelona’s shock 0-0 draw to Slavia Prague earlier in the day, this match represented a massive opportunity for both sides to increase their chances of reaching the Round of 16 and potentially even winning Group F.

The first half was a brilliant demonstration of the gains Inter has experienced under Antonio Conte. The opening goal, arriving in the fifth minute, was simple enough.

Inter then doubled its advantage in the 40th minute after a team goal of rare beauty. Seven different players touched the ball in the buildup — including some fantastic footwork from Marcelo Brozović — and it ended with Antonio Candreva setting up Matías Vecino for the tidy finish.

A Dortmund comeback seemed incredibly unlikely and Inter appeared hungry for more. However, that hunger would allow Dortmund back into the game.

In the 51st minute, Inter appeared off to the races on a counter attack. However, that quickly broke down and Dortmund came right back at them with Inter's midfield all over the shop. After quickly changing the point of attack, Mario Götze cut the ball back for Hakimi to slap home.

Then, in the 64th minute, Dortmund found an equalizer in a manner that’ll keep Conte up for weeks: A lazy throw-in from Inter’s own third invited pressure, and Paco Alcácer — literally just entering the match as a substitute — knocked it through to Julian Brandt for the finish.

It was at this point that all hope was clearly lost for Inter. The Westfalenstadion was rocking and threatening to swallow up its Italian opposition. It was only a matter of time before the winner arrived, and again it was the 21-year-old Real Madrid loanee who came up clutch.

Hakimi exchanged passes with Jadon Sancho at the top of the area, and the Morocco international tucked his finish beyond Samir Handanović. Hakimi now has four goals in four UCL appearances this season. Not bad for a right back.

With the victory, Dortmund moved up to second in Group F and trails Barcelona by one point. However, BVB needs to travel to the Camp Nou on Nov. 27 while Inter travels to Slavia Prague on Match Day 5. Inter hosts Barcelona while Dortmund hosts Slavia on Match Day 6. It's all too close to call.