Bayern Munich's Joshua Kimmich Out Until 2022 With COVID Complications 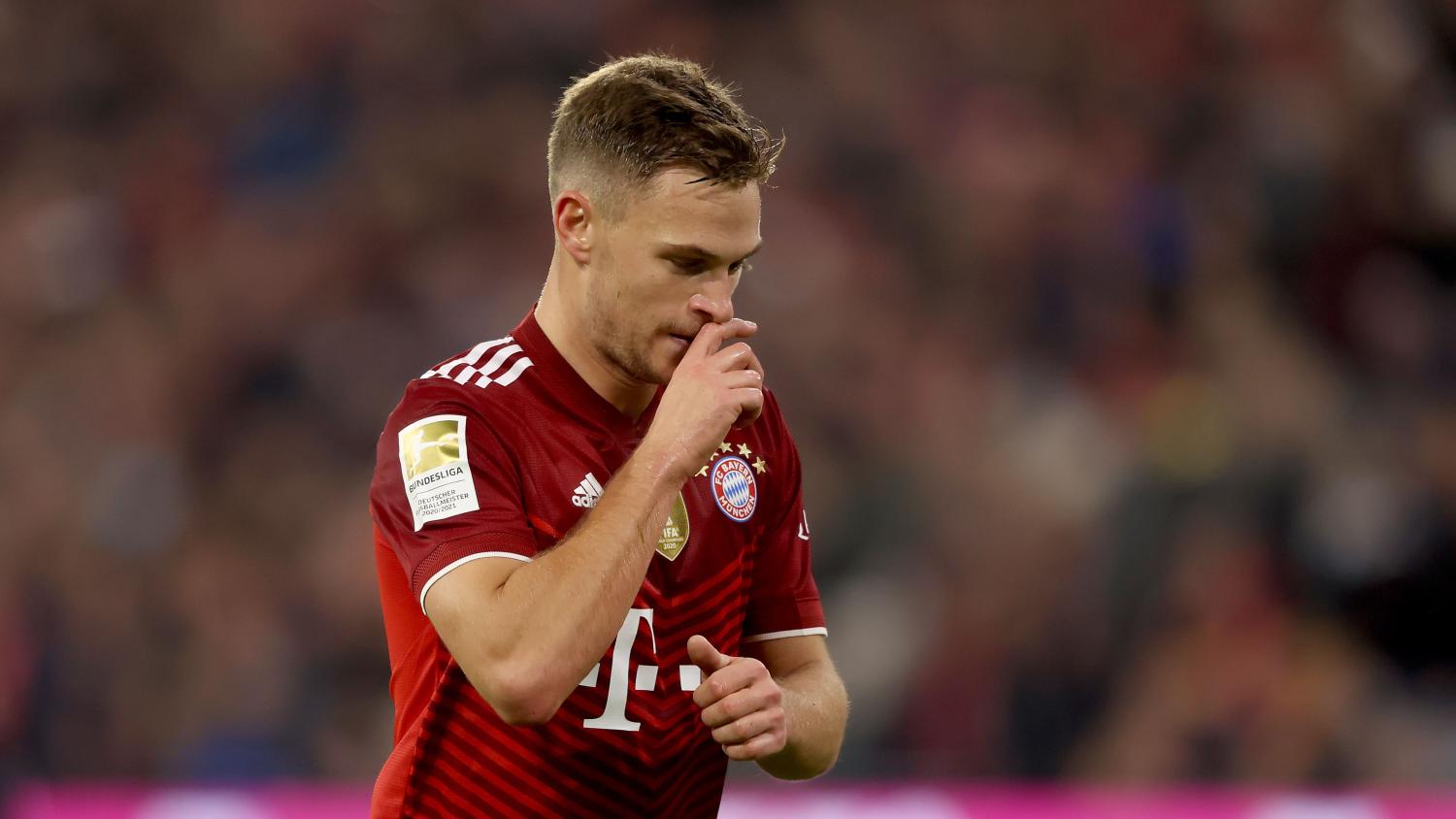 The German international, who is unvaccinated, has already been out for a month with lingering COVID issues.
Getty Images

While Bayern Munich has been dominant lately in the Bundesliga, it will be without a key player until the New Year.

Midfielder Joshua Kimmich, who hasn't played since Nov. 6 due to COVID-19, is set to miss the rest of the month due to a lung problem that arose from his bout with the illness.

"I'm doing very well, but I'm not yet able to train fully because of light infiltrations in my lungs," Kimmich told the Bayern Munich website. "I'll therefore do some rehabilitative training and can't wait to be fully back in action in January."

The 26-year-old German international has made his vaccine stance clear in recent months, citing the lack of long-term studies and his low risk for his hesitancy to receive the injection, although he did add that he follows the strict protocols set out by the club, including failing testing.

"It’s quite possible I’ll take the vaccine in the future," was his final note back in October.

Not a great day for the "I did my own research" crowd, is it?

Yes, Kimmich made a choice. But as a result of that decision, he endangered everyone at the club while subjecting himself to a potentially career-ending complication.

"As a friend, I can understand him, totally," Bayern's Thomas Müller said. "But as a teammate, and looking at what would be better for everyone concerned, it’s my opinion and that of science that vaccinations would be better."

And now Kimmich is left wondering whether his "personal concerns" were worth risking his career for.

Vaccination may be a choice, but it is not one without serious consequences.