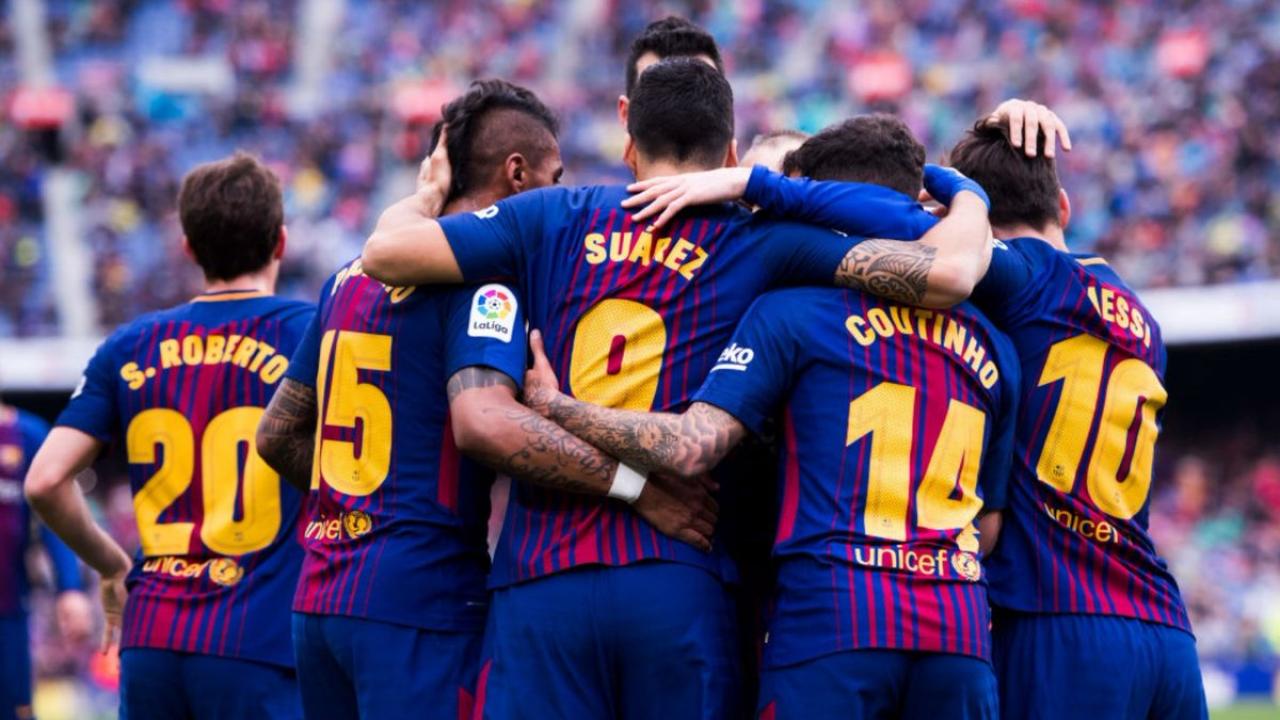 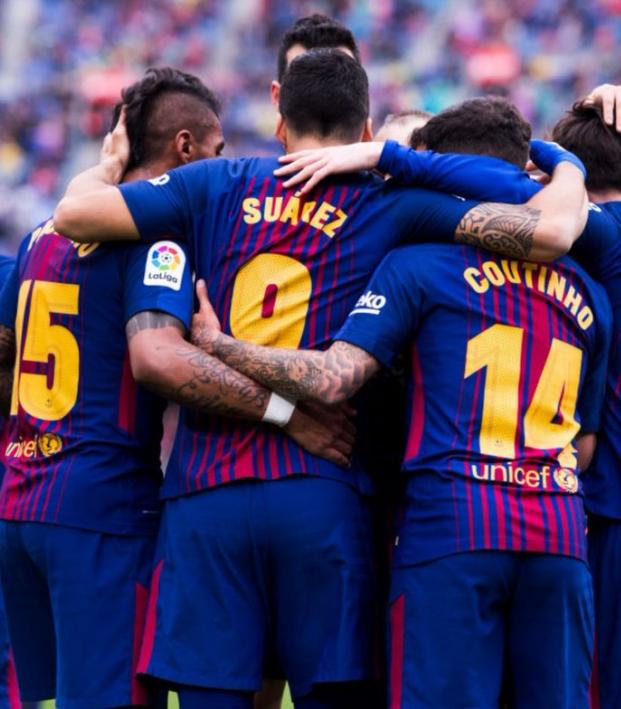 Travis Yoesting April 14, 2018
Luis Suarez scored the opener in a 2-1 victory over Valencia.

Barcelona had a slight giant setback in the Champions League on Tuesday but the Blaugrana keep rolling in LaLiga. Luis Suarez scored for Barcelona vs Valencia in a 2-1 victory on Saturday at Camp Nou, with the home side setting a LaLiga record for 39 straight matches without defeat.

The incredible Barcelona streak dates back to last season, with 32 of the matches this season. The Catalan club has 25 wins, seven draws and no losses this season. Atletico Madrid is the only other club with fewer than three losses, but fell 16 points back with six (seven for Atletico) games remaining.

Luis Suarez opened the scoring in the 15th minute in typical Suarez fashion, getting in behind the defense thanks to a wonderful pass from Philippe Coutinho. It was Suarez's 23rd goal of the league campaign, pulling even with Cristiano Ronaldo and six back of league-leader Lionel Messi. 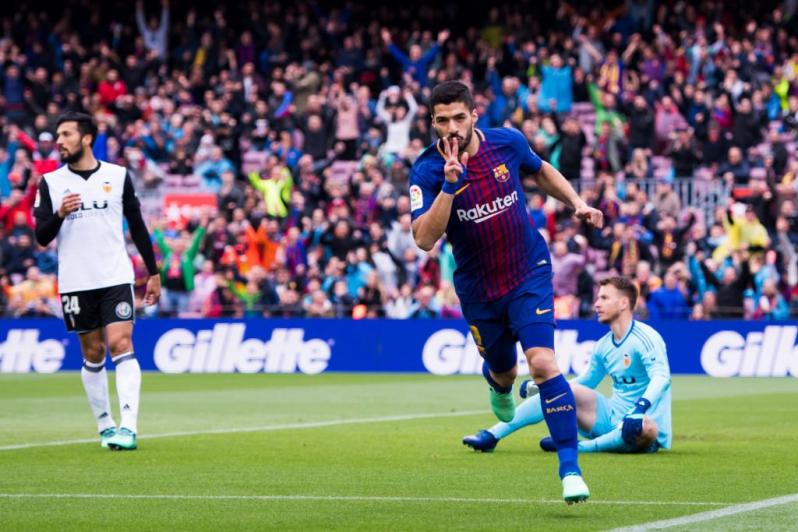 Barcelona doubled its lead six minutes into the second half. Samuel Umtiti, who’s been in contract negotiations with the club, helped his own cause with this header on a corner kick, also assisted by Coutinho.

GOOOAAAL: If @samumtiti wants a new deal, this is a good way to earn it. @FCBarcelona double their lead. #BarcaValencia pic.twitter.com/PURionKSTo

Coutinho, of course, was spared the midweek embarrassment of losing a three-goal lead because he’s cup-tied to Liverpool, which is still in the competition.

But it did get a little tetchy late for the home side after Dani Parejo converted a penalty kick in the 87th minute.

Nonetheless, the win for Barcelona vs Valencia inches the Blaugrana closer to the LaLiga title, a saving grace after another disappointing Champions League campaign.