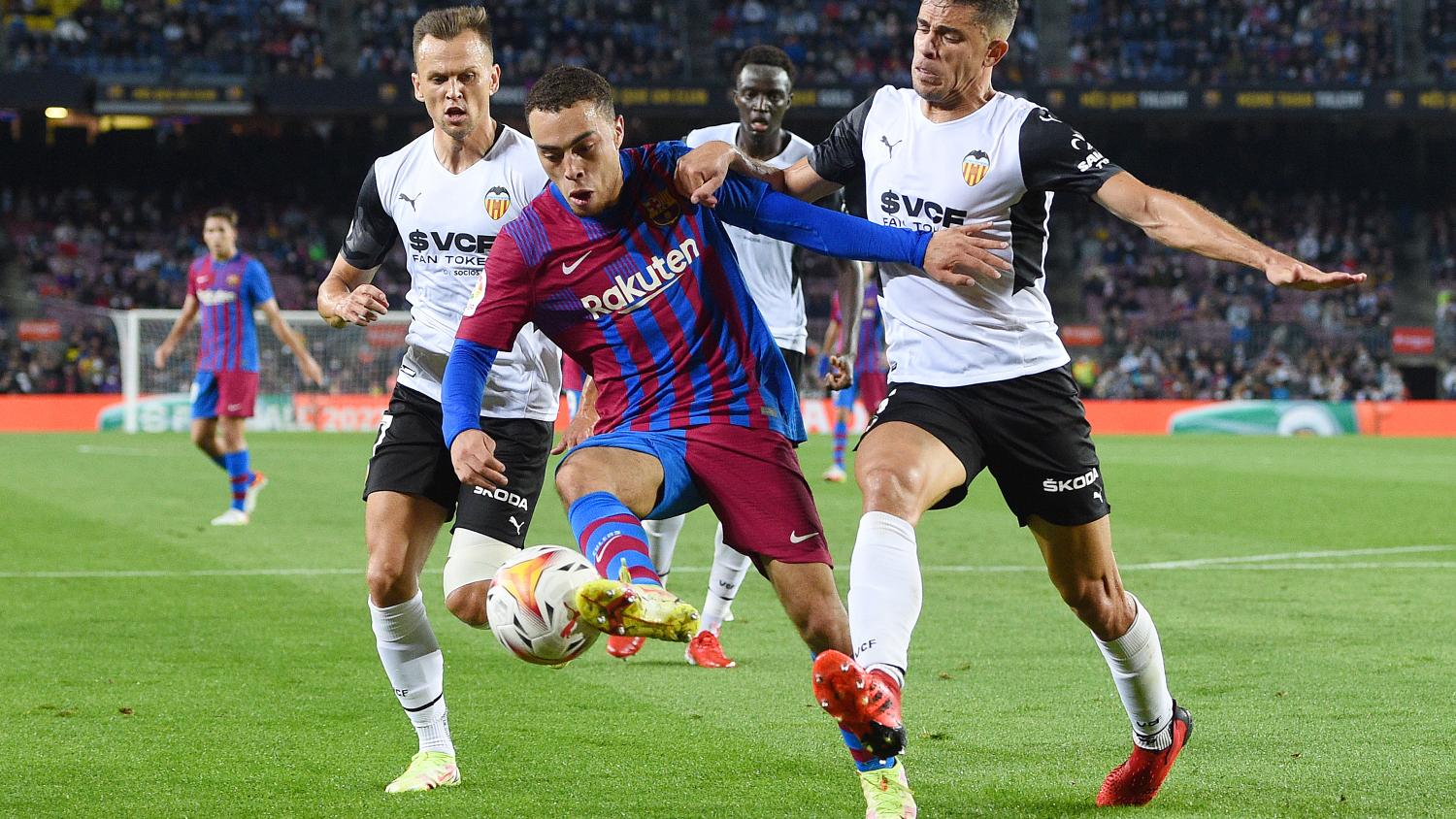 BARCELONA - Ansu Fati marked his first start in almost a year by scoring one goal and creating another as Barcelona came from behind to beat Valencia 3-1 in LaLiga at Camp Nou on Sunday.

Despite being allowed a full capacity crowd for the first time since March 2020, Barça's ground was only half full — and those in attendance were silenced after five minutes as José Gayà's long-range strike swerved into the far corner.

Barça responded well and Fati leveled after 13 minutes with a wonderful curled finished from the edge of the box.

The youngster was then felled inside the box by Gayà four minutes before the break and Memphis Depay stepped up to net from the spot.

Memphis Depay knocks in the penalty!

Carlos Soler hit the woodwork after the break as Valencia pushed for an equalizer, but the home side were able to secure all three points when substitute Philippe Coutinho fired in from close range five minutes from the end.

The victory moved Ronald Koeman's side up to seventh in the table on 15 points, five behind league leaders Real Sociedad having played a game fewer.