When Fierce Rivals Barca And Atletico Face Off This Weekend, The Title Will Be On The Line

Connor Fleming March 8, 2018
A top-of-the-table clash between Barcelona and Atletico Madrid on Sunday will decide the Primera Division.

With only nine matches remaining in the 2017-18 Primera Division Femenina, Sunday’s meeting between Atletico Madrid and Barcelona will likely decide the title. The two sides have rarely been troubled by the rest of the division, and they’ve distanced themselves at the top of the table, where Atletico hold a one-point advantage over Barca.

The two clubs have become the dominant forces in Spanish women’s soccer over the last half-decade. Barcelona won four straight league titles between 2011 and 2015, but they’ve finished runners-up in each of the last two seasons. Last year, it was Atletico who trumped them to the title by a narrow three-point margin.

Barcelona retooled heavily over the offseason to both retake the title and challenge for the Champions League. They added England’s Toni Duggan, Holland’s Lieke Martens and actually purchased defender Mapi Leon from Atletico, making her the first paid transfer in the history of Spanish women’s football.

While Barca’s impressive summer has seen them through to the quarterfinals of the Champions League (where they’ll play defending champions Lyon), a failure to defeat Atletico on Sunday at the Camp Tito Vilanova would be seen as a massive setback for the side. 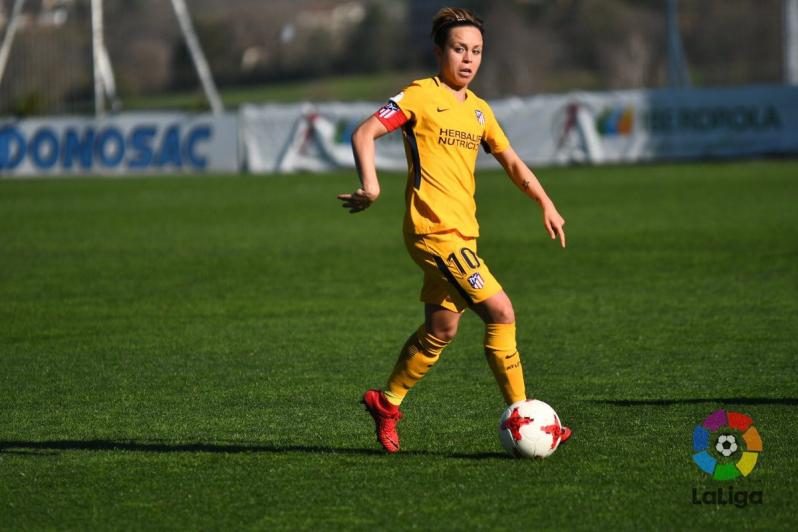 However, with the likes of Spanish international Sonia Bermudez (a former Barcelona player), Brazilian playmaker Ludmila and youth product Amanda Sampedro, Atletico will be confident of retaining their title this season.

Here are the top five goals scored by Barcelona against Atletico. Barca forwards like Duggan, Barbara Latorre and Andressa Alves will be desperate to force their way into these rankings come Sunday.