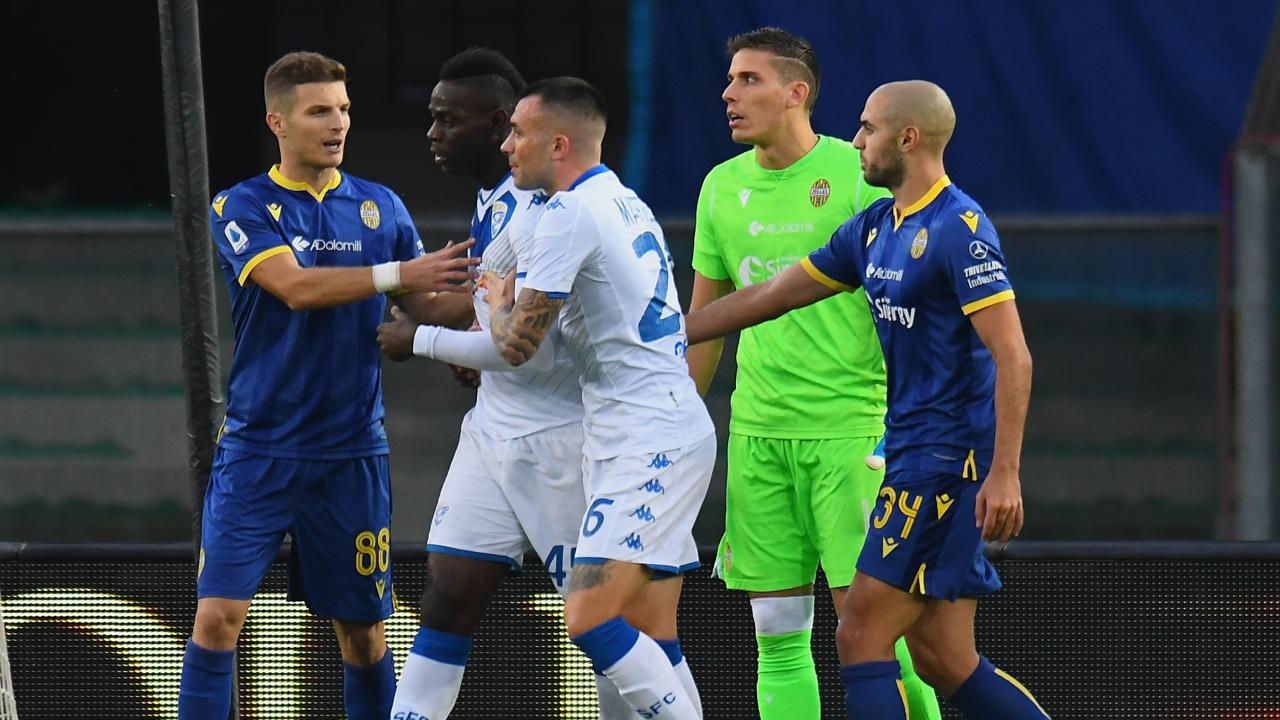 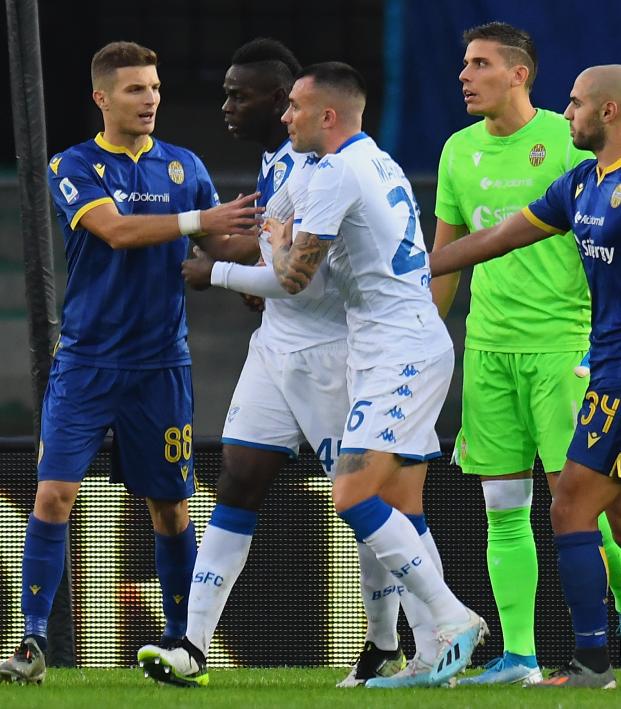 Hellas Verona defeated Mario Balotelli’s Brescia 2-1 today, but the lasting images of the match all pertain to the former Manchester City striker. In the 54th minute, Balotelli took possession near the corner flag and with the ball still in play, he responded to racist chanting by picking it up and punting it into the stands of the Stadio Marc'Antonio Bentegodi.

Balotelli had previously said that he’d respond to racism in Serie A by walking off the pitch, and that’s exactly what he attempted to do. However, his teammates and the official convinced him to stay on the pitch while anti-racism protocol was initiated.

Play was suspended for several minutes, an announcement was read over the PA system and the match eventually resumed.

Mario Balotelli responded to the racist chants by kicking the ball into the stands.

His teammates and match officials convinced the striker to remain on the pitch. pic.twitter.com/vvzuY7oBHZ

Hellas Verona was leading 1-0 at the time of the incident through Eddie Salcedo and Matteo Pessina doubled the home side’s advantage in the 81st minute. Then, in the 85th, Balotelli curled home an immaculate strike for his second goal of the season.

Astonishing: 21 minutes after Racist Abuse from opposing Verona fans caused Mario Balotelli to walk off field in protest, he returns, scores this exclamation point of a goal. In truth, game better off if all 22 players walked off at first sign of Racism pic.twitter.com/Wjf6WB0Ubc

In classic head-so-far-up-his-own-ass-it’s-a-miracle-he-can-breath style, Hellas Verona owner Maurizio Setti said, “We heard nothing at the stadium. Racism among Verona fans does not exist.”