Connor Fleming February 14, 2018
The former Montreal Impact player made his Barca B debut on Saturday and trained with the first team on Monday.

18-year-old Canadian phenom Ballou Tabla, who transferred from the Montreal Impact to Barcelona B on January 25, is in the midst of a sensational week in Catalonia.

On Saturday, Ballou made his debut for Barcelona B in their 1-0 defeat to Alcorcon in the Segunda Division. The Canadian came on as a second half substitute before playing alongside the likes of Copa del Rey hero Jose Arnaiz and 20-year-old midfield maestro Carles Alena.

According to ESPN, “Ballou impressed playing on the right of a front three.” 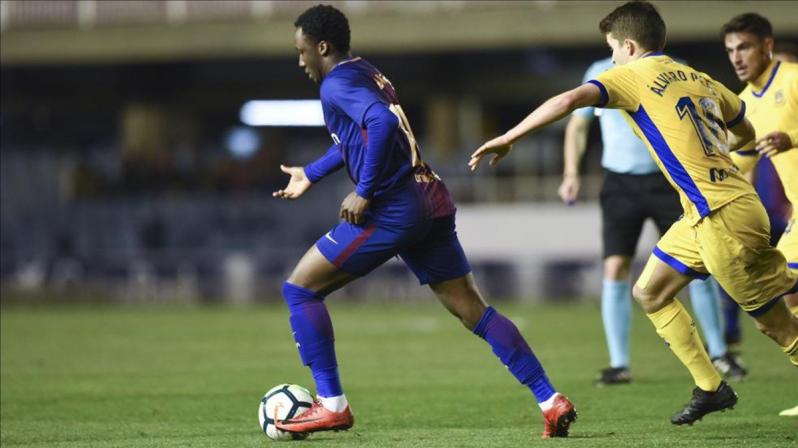 Ballou on his Barcelona B debut in the Segunda Division. Photo: @sport | Twitter

Also of note in that ESPN report is Ballou revealing that he’s been given advice from Didier Drogba, who, like Ballou, was born in the Ivory Coast city of Abidjan.

“Didier Drogba is very happy (with me coming to Barcelona),” Ballou said. “I spoke to him, he’s very proud. He tells me to work harder, that it’s just the beginning and to work harder and harder every day to express myself.”

On Monday, Ballou was given a chance to train with the Barcelona first team during their recovery session following a scoreless draw with Getafe over the weekend.

He can be seen in the video below participating in a famed Barca rondo drill (although he’s not in the circle containing the likes of Sergio Busquets, Andres Iniesta and Philippe Coutinho). 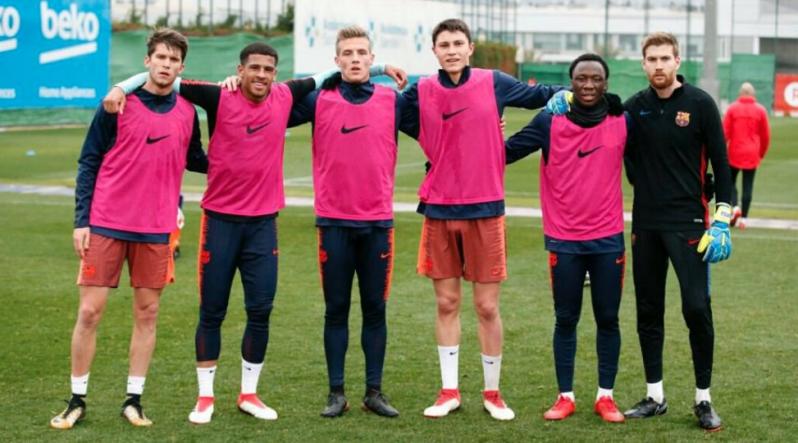 Ballou’s story should be a massive inspiration to all young players. As recently as 2015 he was playing in Montreal’s youth academy. Three years later, he’s training alongside Lionel Messi while playing matches at the Mini Estadi, in the shadow of the Camp Nou.