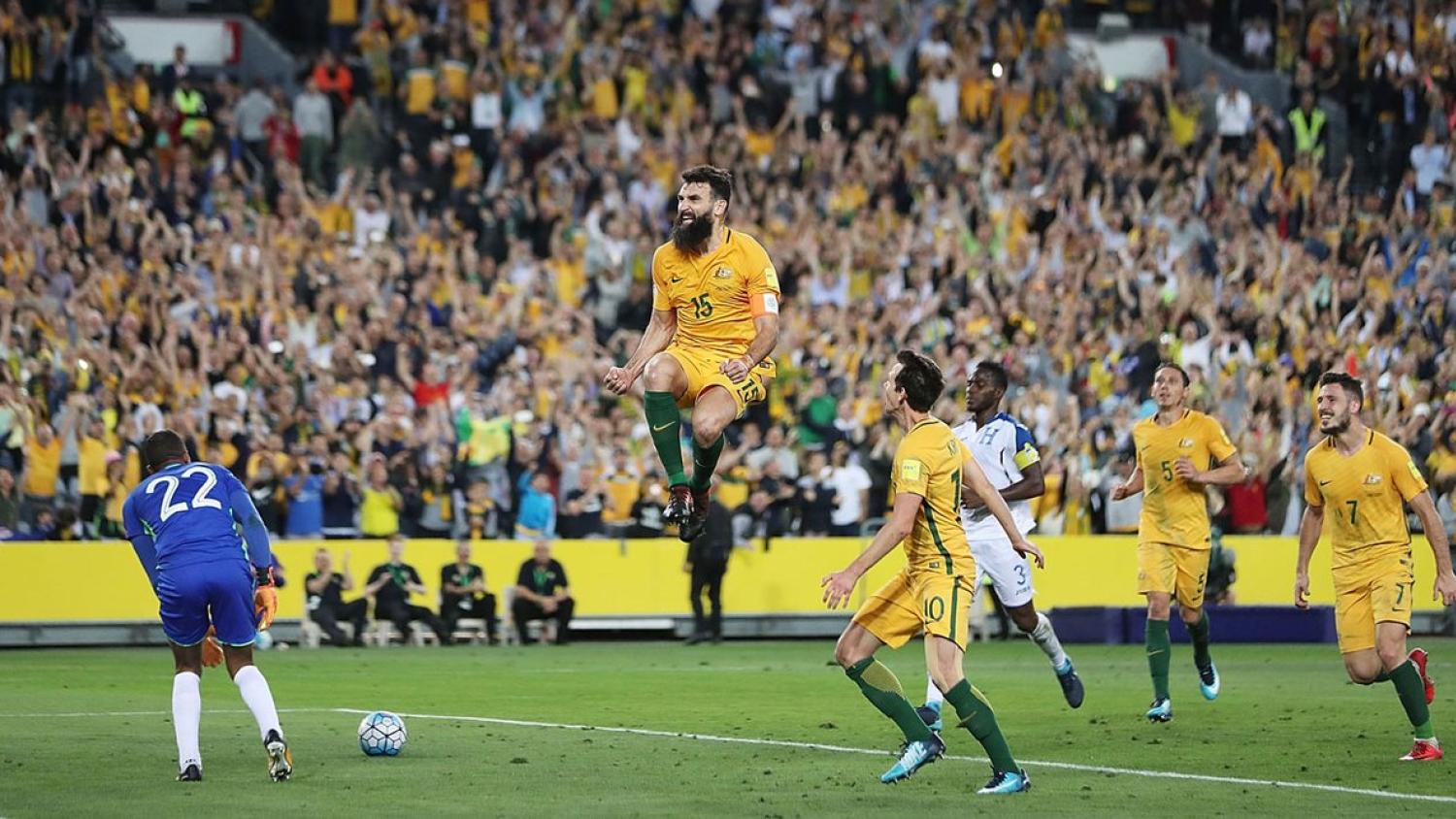 A hat trick from Mile Jedinak sent Australia past Honduras 3-1 to qualify for the World Cup.
@si_soccer | Twitter

Australia captain, defensive midfielder and rugged bearded hero Mile Jedinak had the game of his life, scoring a hat trick to propel the Socceroos to the 2018 World Cup with a 3-1 defeat of Honduras on Wednesday in Sydney. Jedinak scored on a free kick and two penalty kicks before Honduras’ Alberth Elis scored a consolation goal in the fourth minute of stoppage time. The first leg of the intercontinental playoff was a 0-0 draw in Honduras.

Australia became the 31st team to qualify for the World Cup. The lone spot remaining will be claimed by either Peru or New Zealand on Wednesday evening.

The Socceroos are in the World Cup for the fourth straight time and fifth overall. They’ve only once advanced past the group stage, in 2006 when eventual-champion Italy needed a 95th-minute penalty from Francesco Totti to advance through the Round of 16. That was also the only other time Australia won an intercontinental playoff to reach the World Cup, beating Uruguay after four previous failed attempts. 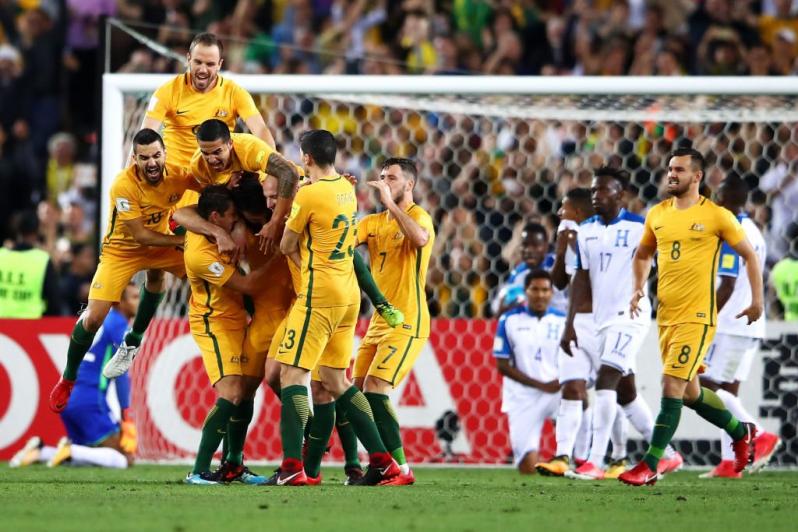 Australia is the defending AFC Asia Cup champion but had to go through two playoffs (against Syria and Honduras) to qualify. They’ll now return to Russia where they competed in the Confederations Cup over the summer, failing to win but earning a pair of draws against Cameroon and Chile.

Honduras, which beat out the United States for the fourth spot in CONCACAF, set out to play defensively and stymied the home side for much of the match but was undone by a couple unfavorable bounces.

The first goal came off a Jedinak free kick that took a wicked deflection off Henry Figueroa, leaving no chance for Honduras goalie Donis Escober in the 53rd minute.

As if that wasn’t bad enough for Los Catrachos, Australia was awarded a penalty in the 72nd minute when a deflected cross may or may not have hit the hand of Bryan Acosta. While replays were not definitive, the referee had a good view of the incident so you have to take his word for it.

On the ensuing spot kick, Escober got his fingers to Jedinak’s shot but could not keep it out and at 2-0 down it always seemed like Honduras’ chances had slipped away.

Jedinak puts in the penalty and Australia is on the cusp of going to Russia #AUSvHON #WCQ pic.twitter.com/EMxfyLePma

Jedinak added another PK in the 85th minute, this time when Robbie Kruse was undoubtedly fouled in the box by Johnny Palacios. There was definitely no coming back for Los Catrachos when the Aston Villa midfielder’s third goal found the back of the net.

Mile Jedinak bags the 3rd and with it a hat trick ball  Australia are off to the World Cup in Russia #Socceroos #WC2018 pic.twitter.com/Nc9Q9cCKfV

Elis ensured Honduras didn’t go home completely empty handed when he knocked in a goal following a late corner kick in typical Honduras fashion. It wasn’t quite as scrappy as the non-goal from Panama that helped put Honduras (and deny the U.S.) in the intercontinental playoff, but it was pretty darn scrappy.

Losing the clean sheet did little to dampen the spirits of the Aussies, who completed a 22-match, 27-month marathon qualifying process. The scenes in the locker room afterword were reminiscent of a team that just won the World Series, with one poor reporter getting soaked with beer instead of conducting an on-camera interview.

It’s jubilation all around for Australia while Honduras gets to join the U.S., Netherlands, Italy, Ireland and many others in heartbreak. But hey, maybe they can come to the States next summer for a meaningless tournament instead of playing in the world’s most watched sporting event.