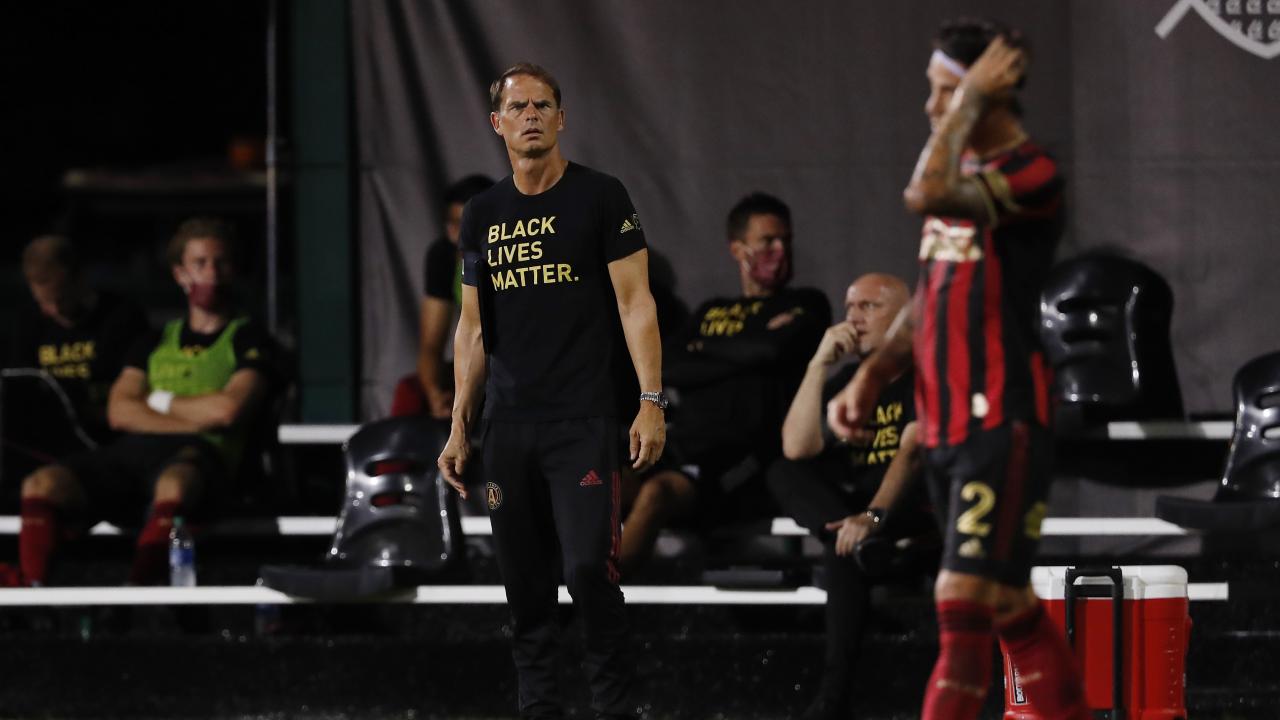 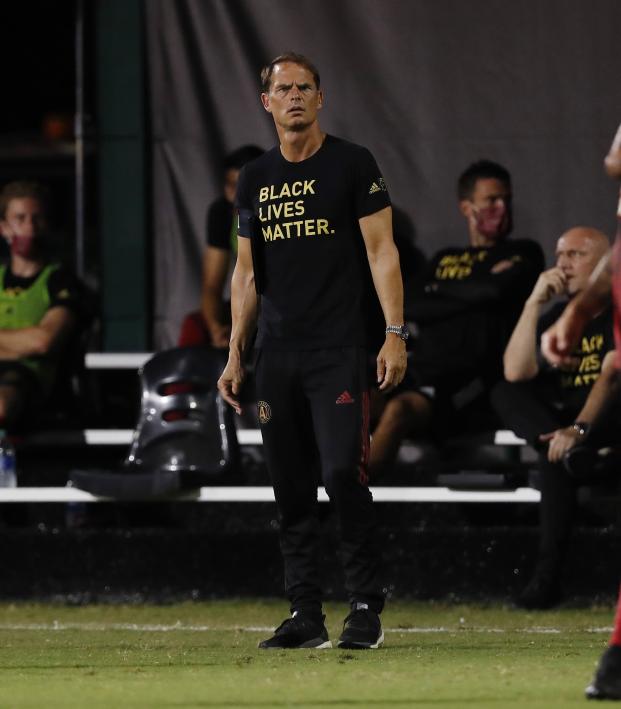 Travis Yoesting July 24, 2020
The Five Stripes were the worst team in the MLS Is Back Tournament and have consequentially gotten rid of their coach.

Atlanta United’s first three seasons set a new standard for an expansion team in MLS. So finishing as the worst team in the MLS Is Back Tournament in Orlando over the last month was clearly not good enough. Atlanta United coach Frank de Boer and the club “mutually agreed to part ways, effective immediately” on Friday, putting an end to a tumultuous 18 months in charge.

The Five Stripes lost all three of their matches without scoring a goal in the MLS Is Back Tournament. For those keeping score at home, that put Atlanta dead last among the 24 teams competing (I guess that’s better than not competing, like FC Dallas and Nashville SC). For a club that scored 70 goals in each of its first two seasons, the last month has been nothing short of disastrous for the Five Stripes.

Atlanta United, with Tata Martino in charge, was a rampaging force in MLS, setting attendance records on the way to an MLS Cup title in 2018. When Martino left to coach the Mexico national team before the 2019 season, United brought in Frank de Boer, who had a stellar playing career with Ajax and Barcelona but left much to be desired in his coaching career. In his early years at Ajax, he won four Eredivisie titles, but that’s about as impressive as the USWNT winning a Concacaf title. Since, de Boer was fired after 14 games at Inter Milan and canned after five games at Crystal Palace.

In that respect, the fact de Boer lasted more than 55 games with Atlanta United makes this his second most accomplished coaching gig.

And de Boer did accomplish a few things with Atlanta. He helped the Five Stripes claim their first U.S. Open Cup title last season, plus the Campeones Cup against Club América.

But the warning signs were there early.

Setting aside the fact de Boer is a creep for suggesting equal pay for women’s footballers is “ridiculous,” it didn’t take long for fans in Atlanta to turn against the coach. A #deBoerOut Twitter account was part parody, part fan ennui over the fact de Boer couldn’t produce the same sort of results as Martino. Yes, Miguel Almiron left for the Premier League, but the league still had some of the best players in the league, such as Josef Martínez, who scored 27 goals for de Boer in 2019, a season that ended in the conference finals.

After a rocky 2019, de Boer looked like he might’ve righted the ship with two wins from two matches before Covid-19 shut down the start of the 2020 MLS season. But once the MLS Is Back Tournament kicked off in Orlando, the Five Stripes were miserable, losing three straight by 1-0 margins.

That proved to be the final straw for a man who has a history of short coaching stints.

Both Atlanta United and de Boer attempted to keep straight faces while saying it was all mutual and they’re both happy with how things went, despite clear evidence to the contrary.

“On behalf of Atlanta United, I would like to thank Frank for his leadership and commitment to the club,” Atlanta United president Darren Eales said. “Under Frank’s guidance, the club had a strong 2019 season in both MLS and international competition. After discussing it with Frank, the decision was reached mutually to part ways. In winning two trophies in his first season in charge, he will always be a part of the club’s history, and with great appreciation and respect we wish him all the best in the future.”

“I’m grateful for the opportunity I’ve had with Atlanta United,” de Boer said. “Coaching in Major League Soccer and living in Atlanta has been a wonderful experience and a welcome new challenge. I will never forget the incredible supporters here in Atlanta, they are truly special. I want to thank the players, coaches and staff for all of their support, it has been my pleasure to work with all of you.”

As with all “mutual” breakups, this clearly wasn’t working. Their cheery sentiments don’t distract from the fact de Boer never really fit in at Atlanta.